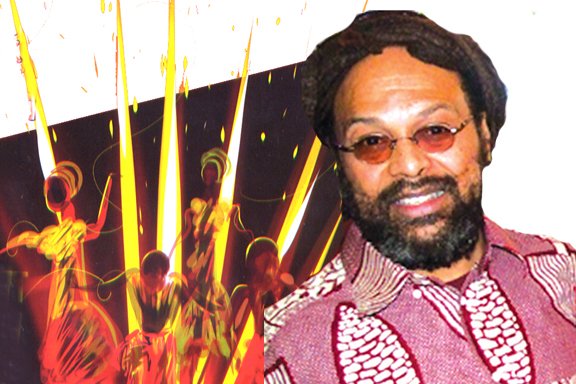 Come February Black will be the new black as Montreal celebrates the  25th edition of Black History Month with the usual calendar of shows, exhibitions, conferences, and screenings all showcasing the community’s presence in the city and beyond.
This year, driven by the theme Rise and Shine  the organizing committee, the  Round Table on Black History Month is calling on the community to show support for the expansive list of events that are in place for this year’s celebration.
One of this year’s highlight events will be the screening of Honor Before Glory, a gripping documentary  that tells the story of the No. 2 Construction Battalion- only battalion made up entirely of Black soldiers.
The regiment was formed 100 years ago at a time when young Blacks weren’t allowed to enlist in the Canadian army and documentary director Anthony Sherwood did a masterful job in tracing contributions of the landmark institution in Canada’s history. It screens at the McCord Museum on February 7, at 2 pm.
Then on February 20,  all Montrealers are asked to donate to the annual Black History Month Héma-Québec blood drive, which is being held in collaboration with the Sickle Cell Anemia Association of Quebec at the CEDA  Building, 2515 Delisle in St. Henry.
The event comes with urgent importance because of the  cause that it is attached to… our community has a  strong predisposition to sickle-cell anemia and  50% of children stricken with this little-known blood disorder  don’t reach the age of six.
Also this year,  organizers chose to shine the spotlight on 12 organizations founded more than 25 years ago and helped to  lay the foundation of the Black presence in Montreal of over the past decades.
According to Round Table president Michael Farkas, the decision was based on the fact that these organizations were able to endure the challenges and paved the way for  other groups and individual to follow.
“It’s a way to show our pride in these groups, which found ways to challenge government and authorities as they advocated on behalf of all Blacks,” he told the CONTACT.
Among the community group celebrated as laureates in this year’s calendar are:
•    Black Coalition of Quebec founded in 1969 and remains a force in defense of human rights
•    The Jamaica Association founded in 1962 as an advocate for the Jamaican community in areas of economic, educational, cultural, and social activities
•    Black Theatre Workshop  established in 1972 to promote Black theatre in Montreal
•    Quebec Board of Black Educators  founded in 1968 to promote the development of educational services for Black youth and other young Montrealers
•    Association des enseignants et enseignantes haïtiens du Québec founded 1983 by  200 Haitian teachers to help the Haitian community
•    Coloured Women’s Club of Montreal founded in 1902 to assist and support Black people in the Montreal area,
•    La Maison d’Haïti set up in 1972,  devoted to the education and integration of immigrants to Montreal
•    Vues d’Afrique  established in 1985 to promote films depicting a part of the reality of the African continent.
•    Productions Nuits d’Afrique established in 1987 to help in spreading, developing, and growing world music
•    Caribbean Cultural Festivities Association (1975) to promote Caribbean music and culture
•    Universal Negro Improvement Association and African Communities League  established in 1914 to “promote the spirit of race, pride and love among people of African decent and
•    The Council for Black Aging Community of Montreal formed in 1987 with a mandate to improve the quality of life of Black elders across the Greater Montreal area.
Also,  in looking back  over the past quarter century of the existence of the celebration of Black History Month in Montreal, organizers also paid tribute to recently deceased Montreal Mayor Jean Dore under whose administration the observation was instituted.
In paying tribute to the laureate of 2016, Farkas stated: “our earliest organizations thrusted themselves into roles of protectors of our heritage, ambassadors of our cultures, narrators of our continued journey in this land and providers of solutions derived from their experience as well as their positive outlook.
Activities with Something for Everyone
Discover all the programming for Black History Month at moishistoiredesnoirs.com.