Advertise with Us
Home Opinions Compensation Owed: The Cost of Reparations Worldwide 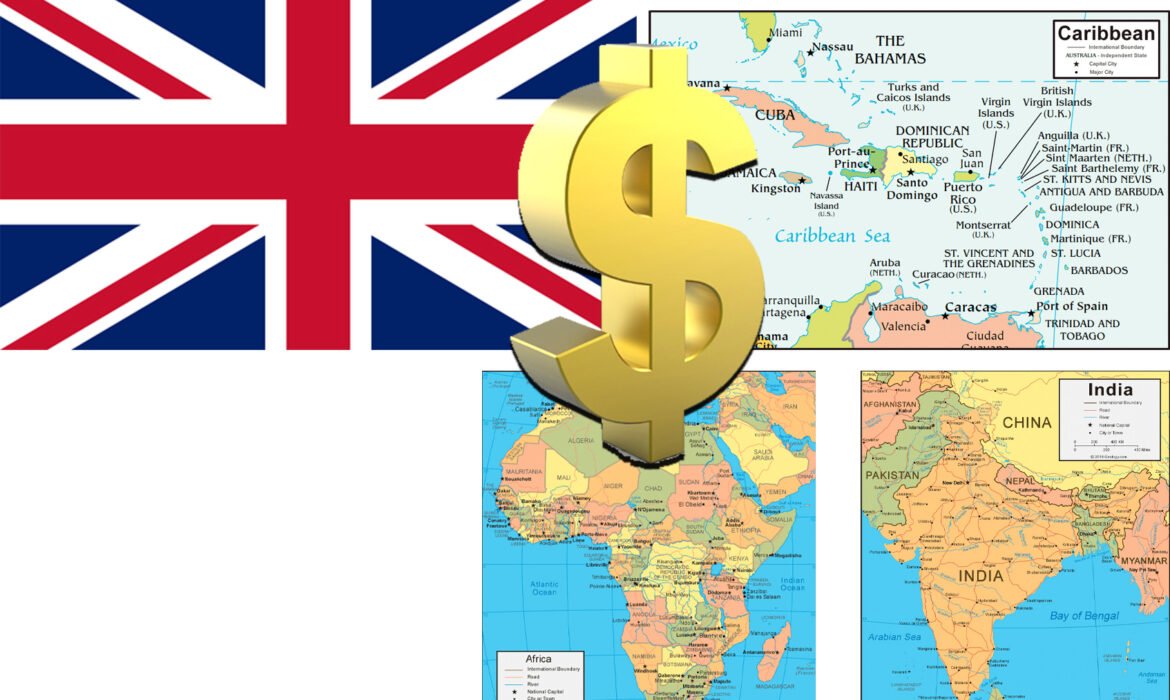 According to estimates the U.K would owe India up to $45 trillion, Africa $11 trillion and the Caribbean $10 trillion...

The age of empires is over, much of the English, French, Spanish, Dutch and Portuguese territories have been lost due to wars or declarations of independence.
What made colonialism so attractive? Well, that would be the incredibly lucrative business of trade. Whether it be by the hands of underpaid settlers or the much more common practice of slavery, European powers from the 17th to the 20th century benefited from exploitation, neglect and violence which were detrimental to most colonized countries, causing billions of people living today to wake up in an underdeveloped nation that led to poverty, crime, corruption and a trolley of other significant social justice and political issues.

For over a century, the United States has been confronted with the question of reparation for African-Americans who still suffer the consequences of slavery from 1619-1865 to segregation and Jim Crow 1865-1965.
The original proposal was the infamous 40-acres-and-a-mule that were to be handed to all those who were forced into slave labor, but it was never made and 156 years later, the U.S has yet to shell out any form of compensation.
The question remains, what is the number owed, not just to Black Americans but to all who suffered directly from the impact slavery or colonization?

For Americans, numerous studies estimate that reparations could cost anywhere between $6 trillion to $12 trillion US. Considering that out of the 46.8 million Black civilians living in the U.S today an estimated 30 million of whom would be eligible to receive reparations (one must be a descendant of slaves and not an immigrant).
This would of course be a huge step into fixing past wrongs in America’s history and would serve as the best form of justice African Americans have had since the first ship sailed from West Africa to Virginia in 1619.
The main issue aside from putting a number on how much is owed is who pays for it?
Considering that these are reparations owed to Afro Americans, it seems unlikely that any Black or brown civilian should be paying for the reparations via taxes as it would be highly controversial to make them pay for what’s owed to them.
In other words, minorities will most likely not pay for the reparations leaving the Caucasian population to shell out the money.
This could mean trouble since many may take issue paying reparations for a period in history that they claim they do not have any connection with… except of course, those with a family history with the slave-trade itself.
According to an MSNBC poll in 2019, 85% of white Americans and 68% of Americans (regardless of ethnicity) oppose reparations.
The issue of reparations in America would most likely trigger racial tensions among other problems, making it unlikely for the foreseeable future.
As for the U.K or the former British Empire, reparations seem almost impossible.
To give an idea of the sheer scale of money needed to properly compensate each colonized nation an interesting place to begin would be Jamaica. With its small population of three and a half million, it is estimated that the U.K would have to come up payment in the neighborhood of $3 trillion.
The Royal African Company (1660-1752), the single most prolific company in the slave-trade did its fair share of damage with its monopoly for nearly a century between the rule of King Charles II to King William III.
Fast forward to today and profits in slave trading would be worth a total of $10 trillion in the Caribbean alone.
Considering this enormous amount of money owed to the Caribbean, it is difficult to imagine England ever being in a position to pay its debt to all the other colonies it once possessed such as India (and the nations that formed post British Raj) who was under British rule from 1858-1947 and the 18 African countries, it also once owned.
The total amount of people that would be eligible for reparations on behalf of the U.K is quite difficult to pinpoint but over 1.9 billion Indians (Pakistan, Bangladesh and Sri Lanka are included in the population figures) would have claims to reparations.

As well, roughly 30% of Africa’s population amounting to an estimated 370 million would also be entitled to some form of compensation.
According to estimates the U.K would owe India up to $45 trillion, Africa $11 trillion and the Caribbean $10 trillion. Needless to say it would take an astronomical amount of time and money in order to pay the debts owed especially since the U.K GDP in 2020 was $2.7 trillion.
While this mainly focuses on American and British reparations other former empires also have a hefty some to pay.
The cost of reparations is high for good reason, the acts taken by European and American powers affected billions and while the figures owed are hard to estimate this short dive into the world of colonialism is the proverbial tip of the iceberg of what is owed to those who were enslaved and pillaged by the French, Dutch, Portuguese, Italians, Belgians during the era of empires.
Due to these astronomical estimates, it is highly improbable that those who have been victims of the historical repercussions of slavery and colonialism, will get what is owed to them.
As such the most only nation currently in a position to deliver is the U.S, and still no significant headway has been made on that front.
A rather bleak but realistic view on the issue.