Advertise with Us
Home Events Community gathered to support Dominica 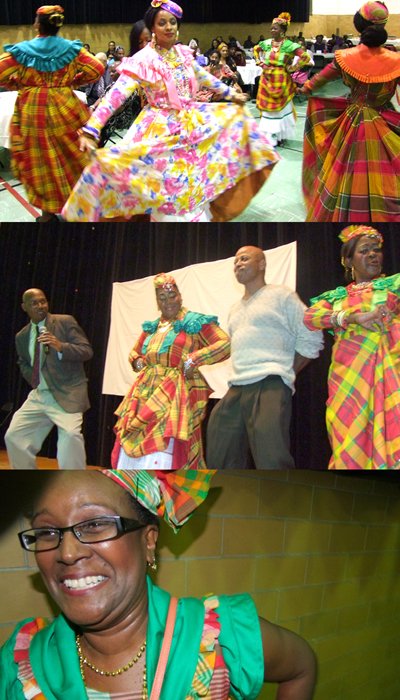 On the evening of Saturday, November 7, representatives of various community groups gathered at the Le Manoir in NDG with officers and members of the Dominica Island Cultural Association of Montreal in a fund raising event in support of relief effort for the Caribbean nation after it was devastated by Tropical storm Erika in August.
The event featured a sit-down dinner and performances by a line-up of local entertainers including Tyne, Pete Douglas and highlighted with an appearance by Toronto’s Madame Wob Dwiyet team with a presentation of Dominica’s traditional Créole dance.

Thank You From The Association.

To all of you who attended the Fundraiser at Le Manoir on Saturday, November 7 , we certainly hope you enjoyed our cultural presentation highlighted by Dominica’s Traditional Créole Dance  Presentation by Madame Wob Dwiyet Canada’s Team from Toronto, the callaloo soup and other culinary delights  together with the bartending services of Harry Bissoon and H. Ray Blades (Rum Punch Specialist), and look forward to your continued support in the future.