Chateauguay Horizon Celebrates one of its Founders 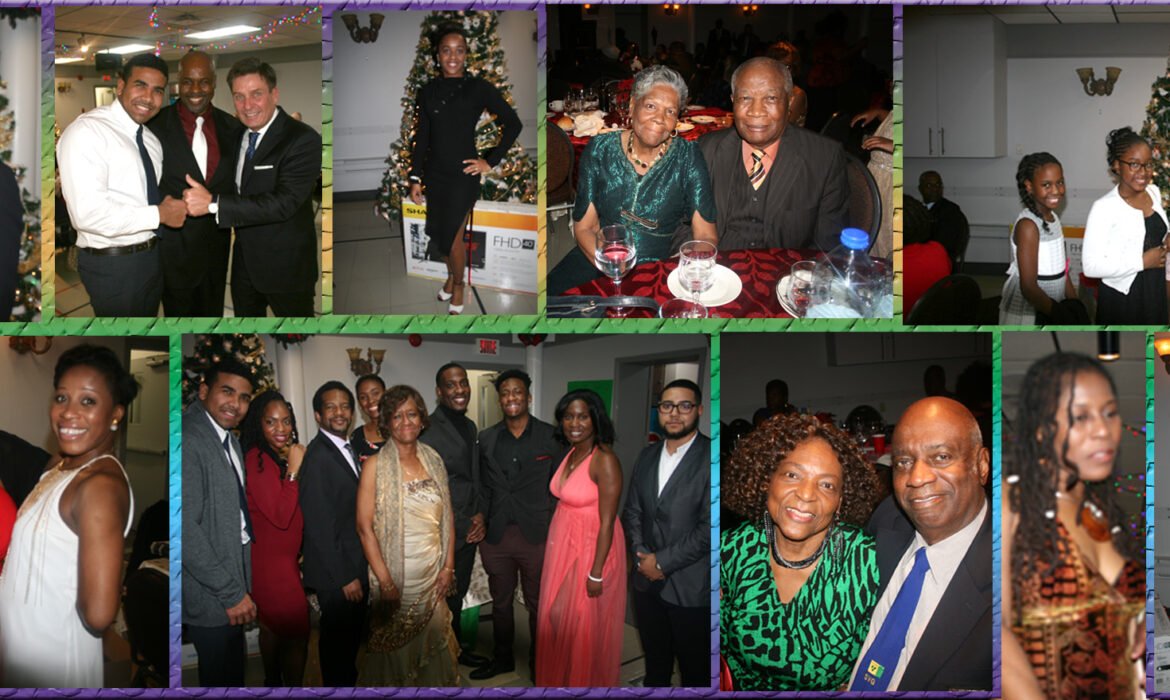 Mr. Clinton Ritchie had a passion for community, music and education

This year, the 23rd Anniversary celebration of the Chateauguay Horizon Community Association was a special one with the spotlight shining directly on the work done by Mr. Clinton Ritchie, one of its founders and past president.
As usual, his wife, Patricia Ritchie, and daughter Michelle and the grandchildren were present as beacons of inspiration for the evening.
In keeping with Mr. Ritchie’s lifelong commitment to youth and education, the Association used the event, held on Saturday, December 2 at Club Le Rendezvous in Chateauguay, to showcase former scholarship recipients and catch up on what they’re up to now.
Among those on hand to offer a glimpse into their lives-journeys so far were  Courtney Shecaniah Hinds-McLean, Tyrell Ritchie, Christina Mamby who are completing their studies at university
Ryan Gordon, navigated his passion for experimenting with the Android operating system in a high- ranking job as an Android developer at Nuglif.
Mr. Lamar Martin has redirected his efforts from a professional career to becoming a personal trainer as he makes his way to earning the Mr. Quebec belt in bodybuilding. Portia Pantin is a financial comptroller to a massive construction company in Ontario.
This year’s recipients of the scholarship, M Amilyon Oliver-Hall and Austin Albino, were equally impressive with their academic standings and their goals and aspirations.
Several political dignitaries were on hand as an acknowledgement of the role the organization plays in the community. They include the federal MP for Chateauguay-Lacolle, Ms. Brenda Shanahan; MNA Pierre Moreau, minister of Energy and Natural Resources, and minister responsible for The Plan Nord; and former Chateauguay mayor, Natalie Simon, who has been a regular at the event for the past eight years.
Another highlight of the evening was a moving tribute in song to Mr. Ritchie, offered by everybody’s favorite reggae starlet, Juliette Nelson, who compiled many of his favorites into a beautiful set befitting a man with an eternal passion for music
There were other musical performances keeping the 150 or so guests fully entertained by Chateauguay Horizon Junior Choir (Shanessa, Kareena and Makaylah, under the direction of Mrs. McFarlane) and by Ami and Oumie.
Three long-serving members, Mary Lord, Michelle Ritchie and Courtney Hinds-McLean were identified for their contributions to the Association and the community.
Chateauguay Horizon Community Association was established in the early 1990s as a way to bring members of the Black and Caribbean community living in the area together for activities and communal support.
Over the years, education has become the focal point of the association with its annual financial commitment to students in the region, in the form of bursaries and scholarships.
In addition to its outreach programs to members and families in the area, the organization has a long list of community building and sustaining events throughout the year including a Black History Month Teachers’ Appreciation Day, an annual summer camp, Canada Day in The Park, a food drive, and an annual children Christmas party.
Reach them at PO Box 47035 Chateauguay, Chateauguay Qc. J6K 5B7 and on facebook.