Caribbean Governments respond to Chikungunya and the Ebola threat 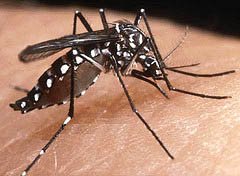 The news from home was touching. It was mostly about the nephew battling his second bout with the Chikungunya virus.
He is a tough guy: military man, soccer player and saga boy, but was no match for the pain that racked his entire being. His joints were on fire, every individual part of his body hurt

, together with a constant headache and fever. At the time of the conversation,  he hoped that he wouldn’t get the rash across his belly to his back and the eye irritation.
The nephew is just one in about 3000 Trinis (reported cases – folklore tells that it might be in the tens of thousands) that have been stricken by the dreaded disease since it popped up in the Caribbean about a year ago.
Chikungunya or Chick V as it is called, is a viral disease  transmitted to people by Aedes mosquitoes. Before hitting the Caribbean, the virus raged across Africa, Southern Europe, Southeast Asia, and islands in the Indian and Pacific Oceans.
And as the number of reported cases in the region multiply, Caribbean governments (CARICOM) convened a special meeting in Trinidad and Tobago on November 3 to deal with the outbreak and to plan on stopping the Ebola virus from reaching their shores.
The meeting was chaired by the prime minister of Antigua and Barbuda, Gaston Browne, and was attended by representatives from every government, including T&T PM Kamla Persad Bissessar, Caricom’s secretary-general Ambassador Irwin LaRocque, St. Kitts and Nevis’ Prime Minister Dr. Denzil Douglas, and executive director of the Caribbean Public Health Agency (Carpha) Dr. James Hospedales.
Following the meeting, Browne told the media that they were able to formulate a region-wide response to Ebola and Chickungunya.
“Responses to diseases must be a community effort. No member state of Caricom must battle these public health challenges on its own. The meeting accepted that the likelihood of the penetration of the Ebola virus in the region is low and this is based on the low level of traffic from affected areas,” Browne was quoted as saying.
They were able to come up with a multi-point plan to deal with the more immediate threat of Chick V that includes:
•    A multi-sectoral approach to fighting the disease that would include education, tourism, media, local government and other sectors and capabilities, including private enterprises, and exploring the use of new technologies.
•    A coordinated and on-going public education campaign on how the disease is spread, targeting the citizenry, travellers, and tourism stakeholders.
•    Strengthening of vector control response capacity and
•    Ecouraging the bulk purchase of essential public health supplies, such as bed nets, insecticides and repellent by PAHO/WHO.
The meeting also struck up a comprehensive ten-point plan to combat Ebola with a strategy framed as Stop Ebola There and Here (SETH).
The plan include
•    Strengthening effective, coordinated measures at ports of entry to prevent Ebola from entering the regional community, including harmonizing travel restrictions.
•    Strengthening health systems, including training, equipment, laboratories and containment, and enlist the participation of airlines in the region in transporting specimens and response teams.
•    Creating a Regional Rapid Response Team (Carib React) able to reach any member state in 24 hours to support the national response team in containing/stopping an outbreak early on.
•    Launching an intensive public education campaign for citizens of the region, visitors and those outside.
•    Organizing a comprehensive resource mobilization effort, including a possible Stop Ebola There and Here (Seth) Fund, to which governments, citizens and businesses here and abroad may donate.
•    Finalizing and implementing the harmonized regional operational response plan by the end of November.
•    Establishing a Regional Coordinating Mechanism on Ebola (RCME) with CARPHA as Chair, including the Caricom and OECS Secretariats, IMPACS, CDEMA, and inviting Cuba to participate.
•    Inviting PAHO/WHO, the United Nations, development partners and other contributors to a meeting within one (1) month to expand the effectiveness of our collective response and
•    Reviewing and reinforcing the effectiveness of these measures in February, and the conference of heads in July 2015.
Another highlight of the meeting was the decision to include Cuba to play an integral part in the initiative.
After the meeting, Bissessar-Persad was again forced to answer one of the most pressing questions in T&T: “Will her government ban Carnival 2015?”
“To early to decide,” she said. “Right now, plans are for “full steam ahead!” 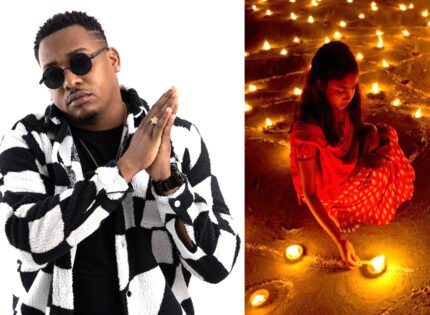