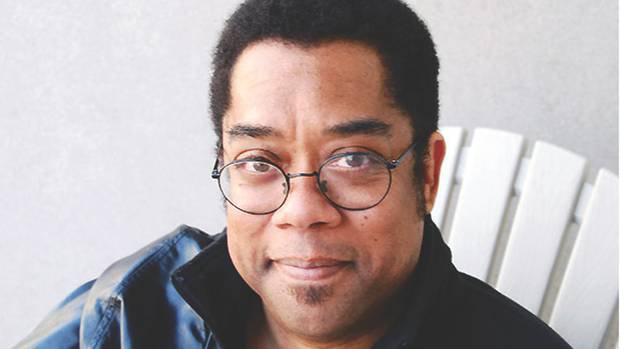 ize in Canada was awarded to a man with Trinidadian roots.
André Alexis took home the Scotiabank Giller Prize Tuesday, Nov. 10, for his novel Fifteen Dogs.
Set in Toronto, where Alexis currently lives, the story centres on a bet between the Greek gods Hermes and Apollo, who decide to bestow human intelligence and linguistic skills on 15 dogs to see whether they lives would turn out better than they would have otherwise.
What follows are tales about life told from the perspective of those just learning what it means to be human.
The prize is worth $100,000, plus more in book sales. It’s been a good couple of weeks for Alexis, who won the Rogers Writers’ Trust Fiction Prize last week, a prize seen as another of Canada’s major fiction awards.
“I didn’t think that I was going to win it,” he told the Globe and Mail. “I never think that I’m going to win anything. My own feeling is that if you get too absorbed in thinking about winning and losing, then you get disappointed if you lose and you get too weird if you win. I like to keep myself on an even keel.”
Alexis immigrated to Canada from his native Trinidad in 1961 with his sister when he was just a child. He grew up in Ottawa, then moved to Toronto.
He began his career writing plays. His first published work of fiction, Despair and Other Stories of Ottawa, came out in 1994 and shortlisted for the Commonwealth Prize for the Canada and Caribbean region.
His first-ever novel, Childhood, earned him a spot on the Giller shortlist in 1998, but he eventually lost to Canadian literary icon Alice Munro.
He has also written book reviews, hosted shows on CBC Radio, and has taught at the University of Toronto.
Fifteen Dogs is the second book in what he’s calling his “quincrux” of novels. The first book in series, Pastoral, was published last year. The third installment, The Hidden Keys, will be released in 2016.