An overload of talent at this year’s jazz fest 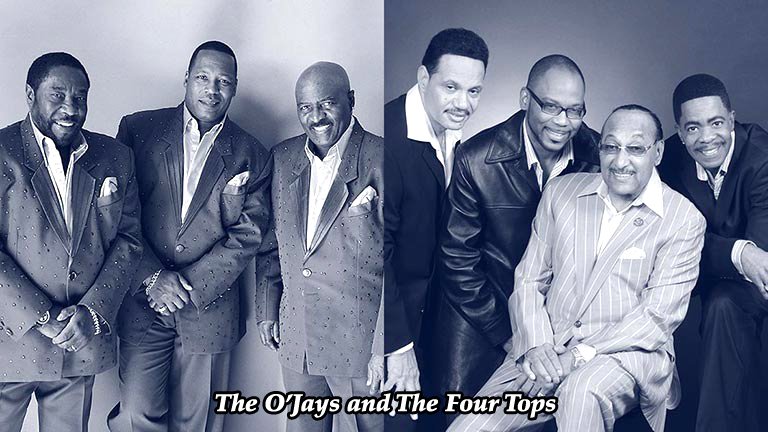 Running from June 28 to July 8, lovers of jazz, blues, rock, reggae, electronica and world music will all come together to be a part of the world’s largest jazz festival.
With over 500 performances—most of which are free—over 11 days and nights, and across 20 stages, this year’s Jazz Festival will feature some of your favourite acts from today and yesteryear.
Located in the heart of downtown Montreal, audiences are in for a treat with performances by two legendary groups, The O’Jays and The Four Tops, on July 6 at Salle Wilfrid-Pelletier.
These incomparable acts have been making music for over 40 years, and show no signs of slowing down anytime soon.
The O’Jays are known for their show stopping hits like “Use ta be My Girl” and “For the Love of Money.” And we can’t forget the classic Four Tops hit, “I Can’t Help Myself.”
Also featured at Salle Wilfrid-Pelletier as a part of the “Evenements Speciaux”, are Grammy Award winning singers Melissa Etheridge and Joss Stone on a double bill, July 5.
Etheridge is known both for her activism and countless Grammy and Academy Award hits. Joss Stone’s sultry and soulful vocals have made her a fan favourite, with hits like, “You Had Me.”
As part of the Grand Concerts segment, taking place at the Theatre Maisonneuve, you do not want to miss a revolutionary performance by the Harlem Gospel Choir on June 30. Also on the Grand Concerts bill will be a timeless performance by the Stanley Clarke Band, with opening act, The Jeremy Pelt Quintet, on July 3.
The July 4 headliner will be acclaimed Spanish songstress, Buika, with opening acts Rosalia and Raul Refree. This segment will be closed out with a performance by none other than the revered Lisa Simone, daughter of vocalist Nina Simone and Canada’s Michael Kaeshammer on a double bill, on July 6.
Michael Kaeshammer continues to make his mark on the Jazz community as a revered boogie-woogie pianist, vocalist, composer, arranger and producer.
Other standout acts include Afro-Caribbean and Grammy Award winning artist Nicholas Payton, who will be headlining the Jazz Beat segment at the Monument-National on July 4.
Known for his skills on the trumpet, his performance will feature an opening act by Laurent Coulondre and GravityZero.
Hip Hop favourite Joey Bada$$ is also in the Jazz Festival line up performing all of his hits on July 5 at Metropolis.
Also performing at Metropolis as a part of the Rythmes section is Charles Bradley & His Extraordinaries on July 4, with an opening performance by The Brooks.
The Festival International de Jazz de Montreal is presented by TD, in collaboration with Rio Tinto.
For more information and for a complete line up of all other performances and show times be sure to check out montrealjazzfestival.com.