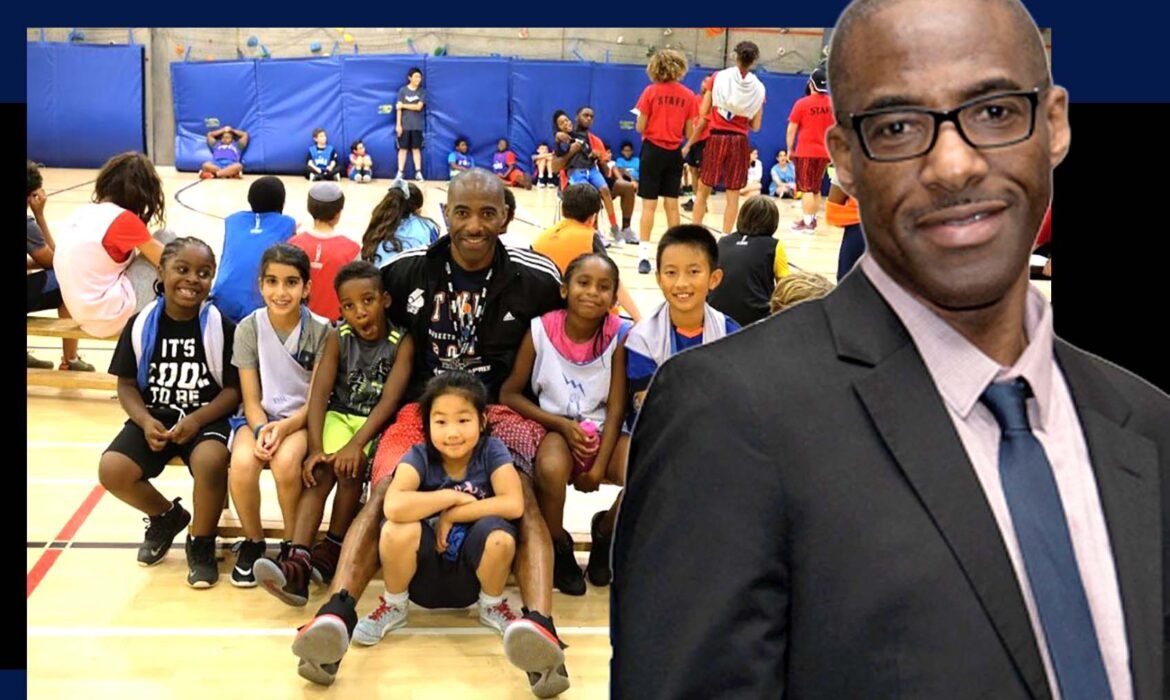 Every year between 800 and 1000 youth from the area have their lives impacted in a positive way, by participating in the Trevor Williams Basketball Camp. It’s been like that for decades.
“We’ve been on the frontlines for that long,” Williams told the CONTACT. “ In fact, I can say that almost every basketball player in Montreal has had a connection with our program, either as a participant or as a play under our coaches.”
His success with the camp, as well as his work in mentoring and guiding vulnerable youngsters is the basis upon which the federal government is offering the Trevor Williams Kids Foundation Champions of Crime Prevention Program, $713,060 in funding.
The money is coming from the Crime Prevention Action Fund (CPAF) and the announcement was made by Minister Marco Mendicino, federal minister of Public Safety on Friday, April 1, at the NDG YMCA.

“The best way to protect our communities from gun violence and other behaviour is to stop it before it even starts. The four projects announced today will do just that, helping young people set themselves up for success in life. Building safer communities through prevention is one of the key pillars of our plan to take action on gun violence….”

Minister Mendicino stated.
Long serving member of Parliament, Marc Garneau, representing the Notre-Dame-de- Grâce—Westmount riding where Williams carries out much of his activities, offered a statement on the impact of his work.

“For the past thirty years, Trevor Williams has invested in vulnerable youth to help them succeed at school, in sport and in life (He) has mentored youth who have gone on to serve our community as mentors and leaders. Leadership by example defines Trevor and his team’s approach to guiding youth through challenges in both the classroom and on the basketball court.”

For Williams the funding will serve as much-needed fuel to power him and his team forward to continue the work they have started almost three decades ago, when he launched his first foray in community work.

“The Trevor Williams Kids Foundation Champions of Crime Prevention Program incorporates all the work we’ve been doing over the years. It’s sports, it’s social, it’s cultural and it’s educational but most important, it offers young vulnerable Montrealers the life skills to make good choices and provides emotional directional that helps then avoid getting caught up in the so-called lifestyle,” says the Montrealer who grew up in Little Burgundy, one of the city’s toughest neighbourhoods, back in the day.
Williams, who started community work at the Negro Community Centre when he was 16 years old, said back then the job put a little money in his pocket but more significantly it taught him the importance of lending a helping hand to people around him and building community.
Together with his friend Dean Smith, he launched the Trevor Williams Basketball Academy 30 years ago and held annual summer camps for kids between the ages of six to 18 years old.
Over the years, the camp has attracted tens of thousands of participants and provides summer employment to as many 90 Montrealers.
Williams says from the beginning he made sure that less fortunate kids always had access to the camp by making as many as 50% of the places free.

“One of our big achievements is connecting neighborhoods like Westmount, Cote St. Luc, NDG and Little Burgundy and various demographics that come from those areas.”
As a teenager, Williams used his athletic prowess (he starred in basketball, hockey and baseball) to help him sidestep the many obstacles that came his way.
His excellent skills on the court earned him a scholarship to Southern University an HSBCU in Louisiana, where he says he drew inspiration to graduate, being in an environment where the success stories around him were all Black.
As one of Canada best basketballers, he was part of the team that earned a place to play at 1992 Olympic Games in Barcelona where he went head to head with legends such as Magic Johnson, Michael Jordan, Larry Bird and other iconic members of the USA’s first Dream Team.
It was those same skills and love for the game that allowed Williams to become one of the most successful coaches on the college circuit in Canada leading the Dawson Blues Division One Women team to championships in 2002, 2009 2010, 2012, 2018 and 2019. He is a seven-time Quebec Coach of the Year and two time CCAA National Coach of the Year
He is currently with the men’s Division One squad.
Williams says the crime prevention funding comes at a good time for The Trevor Williams Kids Foundation to help provide vulnerable kids with “new tools and expanded support to protect youth from gang recruitment and criminal activity.”