A meaningful celebration for Hilltoppers 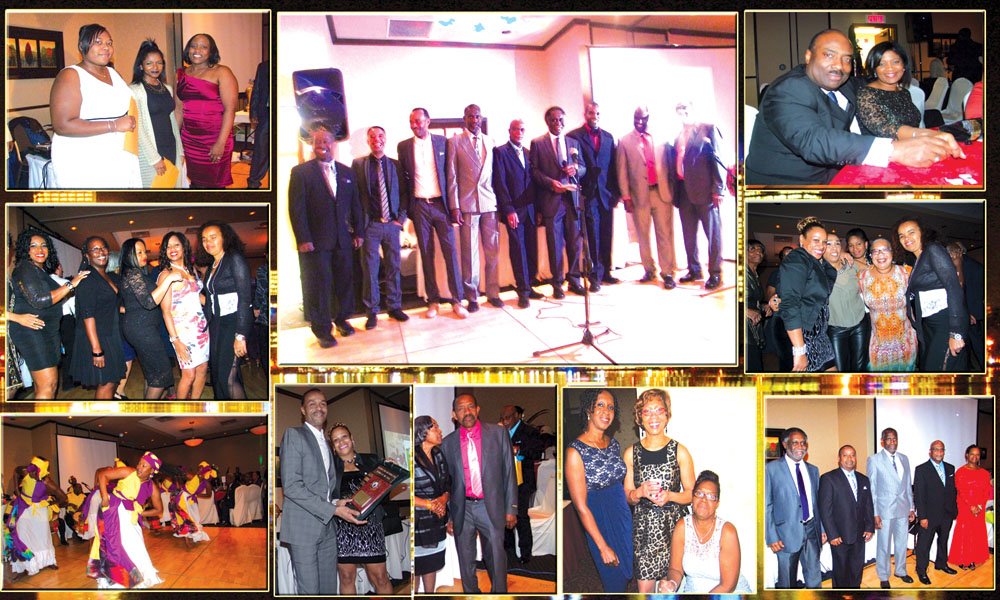 On Saturday, November 15, friends and supporters joined the members of Hilltoppers Sport and Cultural Club at a sold-out event to mark the organization’s 40th Anniversary at a gala event at the Hampton Inn in the West Island.
It was an opportunity for Hilltoppers to showcase four decades of activities in Montreal highlighted by the recognition of those who helped to build the storied club and kept it relevant for the past four decades.
Among those recognized as foundation members and still active were Irwin Amorer and his wife Yvonne Amorer, Kelvin Phillips and Selby Blackman who wasn’t able to attend the event.
Amorer remembers the founding of Hilltoppers in 1974, spawned from Caribbees, the famed soccer club that was the flagship team of the Trinidad and Tobago Association.
“The association folded in 1972; we took a year off and came back together as Hilltoppers,” he told the CONTACT recently in a telephone interview. “Initially, we started as a soccer team, but soon expanded to a sports and cultural club when the wives and girlfriends got involved.”
He expresses pride in the fact that the club continues to be relevant in its activities and is very hopeful for another 40 years.
Over the years Hilltoppers have grown into a thriving and dynamic group that fuses easily with many other community groups and institutions. Every year, its itinerary is jam-packed with activities, including regular football (soccer) games and tournaments, cricket, All Fours, and it hosts annual events such as their Children’s Christmas Party, picnics, banquets and field trips.
And because the membership is gelled by an extraordinary bond of camaraderie, regular limin’ (hanging out) is also big on their annual agenda.
They also travel extensively building bonds and twinning with organizations in Trinidad and Tobago, Toronto, New York, Detroit and other American cities.
They made it all happen by maintaining a loose but disciplined organizational structure and holding true to some of their basic objectives, such as the awarding of scholarships and bursaries to deserving students.
For this milestone celebration, several long-serving members were recognized for their contributions, including Frank Gordon, Joel Gordon, Michael Roach and Mike Andrews, Dolores Phillips, Conrad Keith, Pat Blackman, Richard Fermin and Debra Phillips and (30 years of service); Collin Goin and Vince Hall were named lifetime Honorary Members and Kelvin Phillips was awarded a “V.I.P” Membership affording him automatic “no-charge” participation at all of the club’s events.
Among the annual awards handed out: Omega Julien, a Concordia University student, and Liyah Greenidge, Dawson College, received The Hilltoppers’ Sports & Cultural Club Arlene Phillips Scholarship Awards.
Patrick Gaye was named Member of the Year; Ryan Ross was the soccer team’s Most Valuable Player; Glenn Gomes
Most Outstanding Player and Terrayne Cleghorne, the Most Disciplined Player.
In looking forward, founder Amorer sums it up succinctly saying: “The pillars are still standing so the journey continues.”