A Journey Back to Happier Times 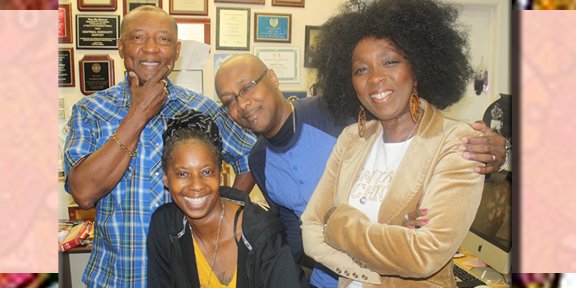 The Umoja Reunion weekend continues to be an important ritual for many in the community who are held together by the bonds formed during their formative years in Montreal in the 1960s, 70s and 80s.
So every two years they come from places far and wide, such Florida, New York Alberta, Toronto and Ottawa to celebrate and to catch up with each other.
According to Phillip Alleyne, a former social worker at Batshaw Youth and Family Services, the bonds remain tight among the group “because of the close-knit community that we had back then.”
He says the strength of the community was easy to gauge from the institutions that were in place and the events that drew people together.
“I always point to the fact that every year we were able to pack thirty-two buses together with maybe a hundred cars loaded with families going to the Long Sault Beach picnic.”
This year, Charlene Hunt, who also recently retired from the Jewish General Hospital, is part of the organizing committee and is looking forward to reconnecting with friends and relatives who have long strayed from Montreal.
She says her memories of the friendships and the ties she had growing up in the city are unbreakable because the community was such an empowering place at the time.
“I started working as a camp counselor at the age of 13 and I never looked back because I was so lucky to be surrounded by so many positive people at the time.”
Local dance icon Dayle King is a big supporter of the Canada Day weekend reunion event because she says so much of who she is today grew out of the support and mentoring she received from members of the community during the 1970s and 80s.
“As a young dancer with the Trinidad Review group, I had an opportunity to learn from Habza Karamath (Shedlack), who is one of the most amazing dancers I’ve ever met.”
Today, Dayle continues to teach and work as a choreographer around Montreal and other cities across Canada.
CC Walker, who is one of the foundation members of the Umoja reunion, talks about the importance of keeping it alive.
“We’re the last of our generation,” he says. “Because our children are showing very little interest in community activities, so we have to maintain these connections and hope that some of what we had in the past will continue to be there.
Alleyne says those institutions; events and activities that connected us as a community have for the most part slipped away, with little or no chance of us rebuilding them.
“You see, basketball was one of the central activities that kept most of the young Black men involved and today that’s gone. Also, we had the summer camps and summer activities, including the kiddies carnival, track and field, as well as events such as the Creative Black Art Awards that kept the community alive.”
“But most importantly,” Charlene Hunt added, “We had mentors such as Carl Whittaker, Ashton Lewis, Mr. Sitahal and others who kept us on the straight and narrow… today they are gone.”
Alleyne agrees.
“We’ll always miss a man like Carl, he was truly the father of this community.”
The way CC Walker sees it, the opportunity is still there to try and salvage something from those giddy days of community life… even if it’s to share a meal, reminisce and listen to the music that brought them joy.
Umoja Gala Reunion (All White Affair) at Hampton Inn, 1900 Trans Canada, Dorval, on Friday, July 6 with DJ Don Smooth. Info. Phillip 514-685-7294, CeCe Walker 514-766-4277. In T.O contact Kirk Mark @ 416-562-1426.