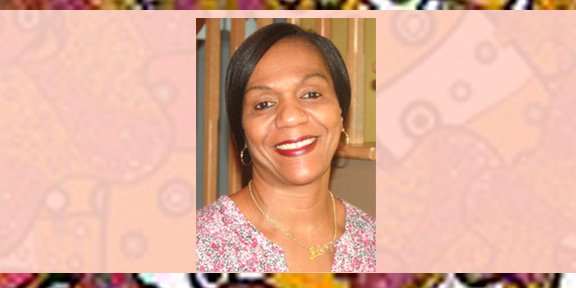 When former Dawson Blues standout Julieth Lewis received the call informing her that she was among five individuals to be inducted into the Canadian Collegiate Athletics Association’s (CCAA) Hall Of Fame, first came the pride of the achievement then the memories of those days at the Showmart Gym in downtown Montreal when she and her teammates ruled the roost in women college basketball.
“Truth is, I didn’t even know that the CCAA had a Hall Of Fame, so when I learned that I was going to be inducted, I guess the first thing I felt was pride for being recognized and appreciated for things that I have done more than twenty, thirty years ago,” she says. “And what’s even more special is being able to share it with my family today.”
She remembers the glory days between 1983 and 1986, when supporters would jam the Showmart Gym, then located at the corner of De Maisoneuvve and St. Denis boulevards, to cheer on the Lady Blues of Dawson College as they dominated all levels of women college basketball.
Lewis, then a 5’9” busy-body wearing #12, played at both forward and center positions and was known as a spectacular rebounder who controlled the boards. Before becoming a standout basketballer, Lewis made a name for herself on the netball court in the Quebec Amateur Netball federation’s league as a member of Hairoon and Antilles Netball clubs.
“I’m not sure where it all came from but I was always a fierce competitor who left it all on the court,” she says.
An attitude that contributed to her emergence as one of Canada’s top women basket-ballers in the early to mid-1980s, and she continues to earn her accolades today.
Her tenacity and exceptional skills on the court was pivotal in leading the Lady Blues to three provincial titles and to the CCAA Women’s Basketball National Championship finals in the three seasons that she was on the team. They won back-to back National titles in 1985 in Moose Jaw, Saskatchewan, and in 1986 in Kamloops, BC.
In 1984, after winning all but one game at the provincial and national levels, they walked away with a silver medal at the National championships following a defeat by John Abbott College, whom they had trounced to take the provincial title.
Lewis’ dominance on the court was complete.
She was named a CCAA All-Canadian in each of her three seasons at Dawson, in addition to being a first team All-Star in 1984 and 1986, as well as the MVP at the National Championships in her last year at the tournament.
After leaving Dawson in 1987, Lewis went back to the netball court, playing for another couple of years and representing Quebec and Canada.
As it was on the basketball courts, her exploits as a netballer were equally spectacular.
Mrs. Avice Joseph who coordinated netball in Quebec for several decades recalls Lewis as an exceptional  player and student of the game who was best friends with  her daughter Gerry (Leighterwood), who was seen by many as one of the best players in in the province.
“Together, Gerry And Julieth  were two of the  most highly motivated and disciplined players we’ve ever had in the league.  They stuck to the program and trained religiously,” Mrs Joseph told the CONTACT. “ I’m not surprised that Julieth took that same motivation and discipline to the basketball court and now will be going into the Hall of Fame. We’re so proud of her.”
A native of St. Vincent and the Grenadines, she moved to Montreal when she was 10-years-old and attended Van Horne Elementary before moving on to Northmount High School. She was also an outstanding track and field athlete.
She says it’s so important for parents and young people to see sports as a way building solid futures.
“To me it’s one of the best ways  to acquire self-discipline and to stay grounded.”

Adding that she took much of what she learnt on the court to her career in the health care industry, where she has been working as a LPN for the past 25 years.
On June 12, Julieth Lewis, now a married mother of two boys, one 27, the other 18, will be accompanied by her husband to The 2018 CCAA Hall of Fame Banquet in Quebec City, to receive her honor.
“It feels good,” she says.  “All that sweat back then, means something now.”