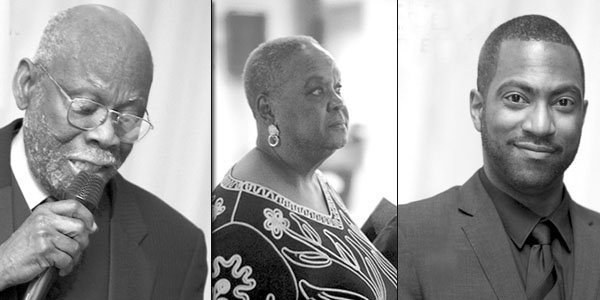 BTW:  defined by resilience and excellence

“I’m proud of the Black Theatre Workshop,” says Clarence Bayne, who helped found the institution that now stands as one of the oldest of its kind in Canada, and who nurtured it into an artistic force on the performing arts landscape
“That pride has nothing to do with the fact that I’m one of the founding members, or having worked my behind off to ensure the survival and growth of the company. It has everything to do with the role that the BTW now plays in the Canadian theatre mosaic.”
Looking back over the past 45 years, Bayne says there are many other rea

sons why our community can share his pride in an institution that not only stood the test of time in a hardscrabble industry, but stands as the oldest surviving professional English speaking Black theatre company in Canada.
Bayne, a former professor at Concordia University’s John Molson School of Business and cultural maven points to the strong working relationships the BTW fostered with Black playwrights, directors and actors from across Canada over the years.
“Today, there’s real pride in the workshop being in a position to provide these theatre professionals a platform to showcase their work.”
However, in an industry where survival depends mostly on the good graces of funders and sponsors, Bayne says nurturing the workshop to viability and longevity hinged on tack and proper political positioning.
That meant years of knocking heads with bureaucrats in government funding agencies, such as Canada Council, Quebec’s Minister of Cultural Affairs (Theatre Sector) and in Montreal (CACUM).
If anyone had the gumption to make it happen, it was Bayne, who birthed the BTW as an offspring of the of the Drama Committee of the Trinidad and Tobago Association of Montreal in 1965, and whose persistence made it possible for the workshop to be operating on a $350,000 budget these days, a far cry from the $2,500 grudgingly allocated to them in back in the 1970s.
“For us, the funding climate has changed significantly over the years, and that’s due to the fact that BTW has been able to earn a lot of respect from funders due mostly to the quality of work we have been producing,” he says.
For Bayne, moving the workshop away from its hand-to-mouth existence and consistently delivering quality productions is another mark of success in the journey over the past four-and-a-half decades.
Now the challenge of the future rests on the shoulders of Quincy Armorer, a young Montrealer who two years ago took the reign of artistic director.
“We have longevity, everything now must centre on growth,” he told the Community CONTACT in a phone interview recently.
Forward looking, Armorer says it’s all about building on the successes of the last 45 ye

ars and in doing so try to reattach it to its foundation.
“The workshop is well-known and well-respected on the theatre landscape, locally and across Canada, but there has been a bit of a disconnect with the community, he says. “My goal is to reconnect and make it the theatre of the community.”
To do so, Armorer says he has to reach out to the youth of our community:
“But because they are distracted, the challenge is to “get them interested and keep their interest.”
“Some of it has to do with the productions that we stage. For example with Sal Capone (a play by former Montrealer, Omari Newton, which targeted a younger audience with elements of hip-hop and spoken-word), forty-nine per cent of those attending were seeing a play for the first time, ” he says. “That means something.”
In addition, he says, BTW keeps an open door to young theatre professionals with programs such as artists’ mentorship, writers’ circle, the discovery series and the annual poetry jam.
“The workshop has a strong commitment towards developing homegrown talent and that remains one of my priorities.”
And it’s also part of his excitement as he positions BTW for the future.
“I’m looking forward to using as many of these voices as possible to tell the stories that define the Blacks experience, not only in Canada but around the world.”
Before joining the Black Theatre Workshop, Armorer forged an impressive career on stage with the Stratford Festival, Centaur Theatre, St. Lawrence Shakespeare Festival, Geordie Productions and Repercussion Theatre.

He studied at Concordia University and at the Birmingham Conservatory for Classical Theatre at the Stratford Festival.
Getting more young people interested in theatre  is a lasting desire of BTW’s long-serving president, Jackie Webb. She sees the annual school tour as vital in that regard, and makes it her mission to keep it an integral part of the workshop’s outreach initiatives.
“It’s important to expose them as early as possible to theatre and to Black History and the school is a good place to start.”
The former elementary school principal says the tours present a range of challenges each year; once the productions make it to the students, they are usually moved by the experience.
Webb says she was drawn to the BTW by her love of theatre. Once she got involved she remained rooted because of Clarence Bayne’s passion.
Over the years she has been one of the workshop’s principal actors, playing in some of its signature productions: A Raisin in The Sun, River Niger, My Children My Africa and Smile Orange.
She says the community has played a major role in the development of the BTW over the past four-and-a-half decades and must continue to do so as the workshop journeys into the future.
It was in the mid 1960s when a group of Caribbean students, mostly Trinidadians, in a downtown basement apartment, established the framework to form The Trinidad and Tobago Association and an attached drama group.
Among the early participants were Johnny Cayonne, Merle Howard, Leon St. Martin, Jimmi Horsham, Clarence Bayne, Jean Crawford, and Frances Ward, all recent immigrants.
They produced and acted in a number of plays and creations that immediately gave the Caribbean community a presence in Montreal.
The drama group disengaged from the Association in 1969 to form a Workshop as a way to redefine itself, “in the search for an identity that transcended the regionalism of the local Caribbean Island Associations,” according to Bayne.
Some of its early plays included Prodigals in a Promised Land, Strong Current, Here Comes the Groom, Holes, Riot and Bonanza 70.
According to Bayne, The company put itself on a path to professionalism by drawing into its fold an industry heavyweight at the time, Jeff Henry, a Trinidadian, choreographer and dance master at National Theatre School, and  professor at York University to direct some of its plays.
Over time, other professionally-trained and practicing artists, such as Arden Best of St. Vincent (student at the National Theatre School), Cynthia Allen (Trinidad actress, student in communication arts at Loyal College), Marilyn McConney (a Trinidad student, studying voice and music at McGill), Herbert Webb (Drama and English teacher at Vanier College), Errol Sitahal (professional actor and drama teacher at Vanier College), and later Errol Slue (a professional actor of theatre, TV, and film).
By the mid 1970s and well into the following decades, the Black Theatre Workshop, fueled by the energies of stalwart theatre professionals such as David Edgecombe, Winston Sutton, Terry Donald, Fleurette Fernando, Dwight Bacquie, David Doze, Rachael Van Fossen and Tyrone Benskin rose above the struggles to emerge as one of Canada’s leading companies.
It remains one of our community’s strongest institutions and its annual Vision Celebrations has become a signature event in the province, drawing the “Whos Who” in politics, business and culture in a celebration of Black  contributions to the arts.
BTW celebrates its 45th Anniversary with a special presentation of Djanet Sears’ The Adventures of A Black Girl in Search of God, in collaboration with Centaur Theatre and National Arts Centre, which runs from September 22 to October 18.
And Anne Marie Woods, She said/He Said and School Tour presentation Marcia Johnson Presentation of Binti’s Journey.