Advertise with Us
Home Opinions 2021 NBA Finals: No Need For An Asterisk 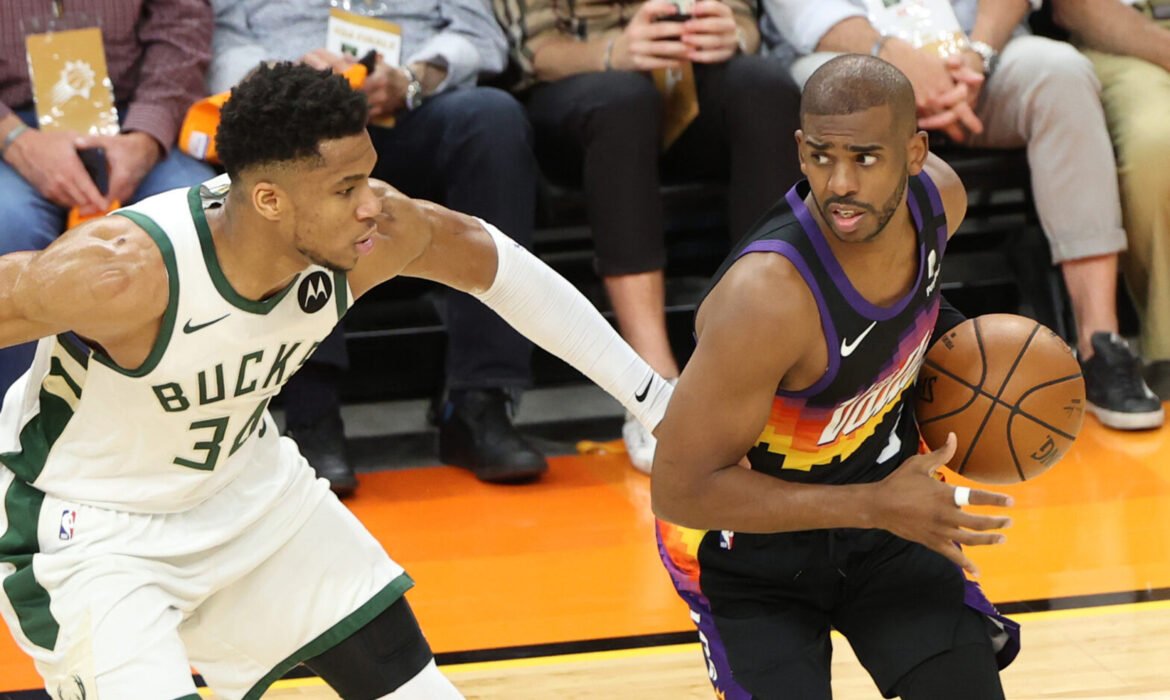 Two dark-horses getting a real opportunity to being crowned champs…

The 2021 NBA Finals are featuring two unlikely teams, the Phoenix Suns and the Milwaukee Bucks. As of this writing, the Suns have taken a 2-1 lead heading into game 4, which will be held in Milwaukee on the 14th of July.
Despite the result of this upcoming game, the end result will end in a small to mid-market team winning a championship for the first time in at least 50 years. The Suns can win their first ring in the franchise’s history.
The NBA playoffs this season have been plagued with injuries to star players such as, James Harden, Kyrie Irving, Anthony Davis, Kawhi Leonard and many other big-name players.
Due to these many injuries, multiples series were swayed into underdogs taking the series, leaving the favored teams in the dust. Such was the fate of the Brooklyn Nets, the L.A Clippers, the L.A Lakers and to a lesser degree the Philadelphia 76ers.
And because of these numerous momentum shifts sparked by these injuries, many fans are calling out this year’s championship campaign a fraud of sorts.
These claims are not only ridiculous but showcases the lack of interest in smaller market teams. This lack of interest is mainly to blame on mainstream media’s poor track record of reporting and analyzing teams of small cities or clubs relegated to a small regional fan base.
Basketball fans must realize history in the making. The Suns could be descried in the old adage, “always a bridesmaid never a bride”. The Suns made the finals in 1976, falling short to the Boston Celtics and once more in 1993 with a team lead by Charles Barkley who were defeated by Michael Jordan’s Chicago Bulls.
Of Course, the 00’s saw the Suns gain success with Steve Nash and Amare Stoudemire but never had their shot in the finals. On the other end, the Bucks have a chance to capture their second banner since 1971 a team often forgotten despite the Hall of Fame talent leading the club in Lou Alcindor (now Kareem Abdul-Jabbar) and Oscar Robertson.
Such a feat is rare in basketball, two dark-horse teams getting a real opportunity to being crowned champs.
Fan favorite Chris Paul, aged 36, may finally capture the elusive title he’s longed for, for many years, alongside rising phenoms Devin Booker and Deandre Ayton.
Meanwhile, Milwaukee Bucks two-time MVP Giannis Antetokounmpo can shed the many doubts skeptics have put on his name and team since blowing a 2-0 lead to Toronto in 2019.
The fight one must put in to garner a championship is nothing to scoff at. And while there have been an unprecedented number of injuries, there is something to be said about remaining healthy throughout a season and post season.
Ironically, Giannis suffered a lower body injury the previous round sidelining him and yet the last two games he dropped over 40 points and got his team a much-needed victories.
A team’s ability to withstand such obstacles is indeed worthy of being champion. Aside from the unusual matchup, this series is still very much in the air.
The drama is on full display this series making for incredible games to watch for diehard and casual fans alike.
So instead of ignoring this post-season, sit down and watch what is possibly the most out of the blue finals matchup ever, come to a close.
Many legacies will be impacted and the sheer nature of the series itself shall be remembered for years to come as both of these teams remind the basketball world that no super team is a sure shot for the crown and that the NBA is still an unpredictable and exciting league.