Wishing for Goodwill to our Community 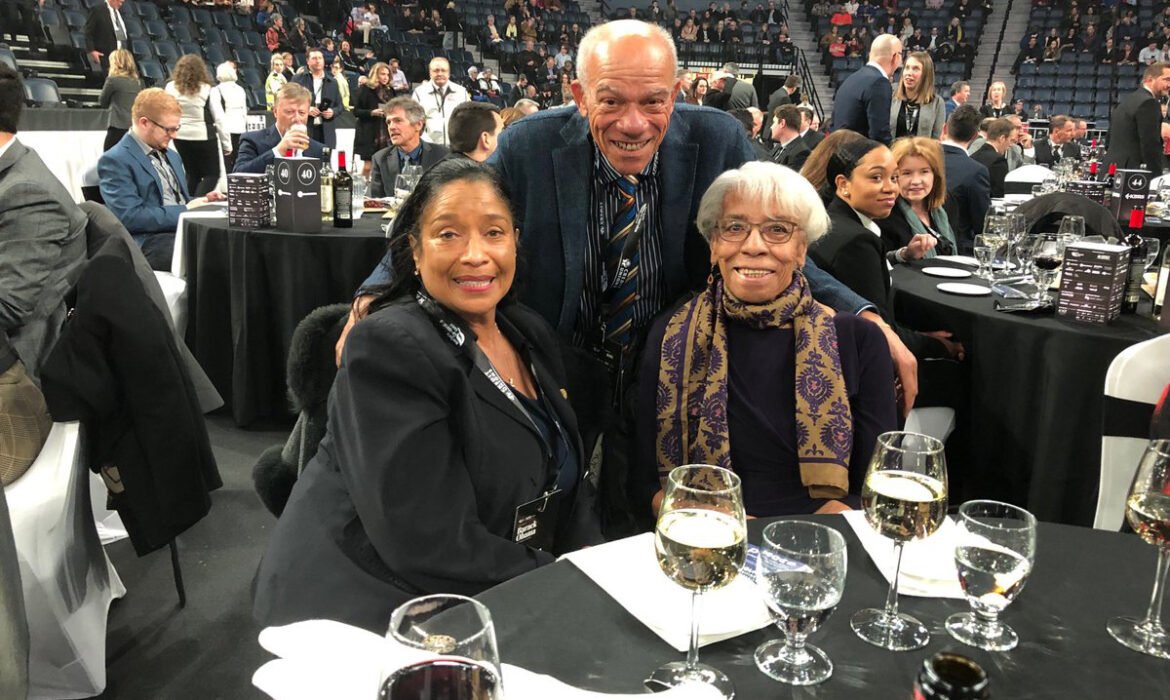 I don’t want much this year—just a little bit of the community cohesiveness that is evident in the accomplishments of Black Nova Scotians.
My travels to Nova Scotia in early November included one unforgettable evening.
I was seated with seven powerful, stimulating, influential Black Women, gathered to absorb the insight, humor and gems of wisdom of President Barack Obama. Not only was Obama exceptional in his sharing of pearls of wisdom on climate change, the state of the union, and the future; he was human, humorous and humble—all with passion.
He articulated our dreams as real possibilities.
O how I wish Montreal could emulate the ambiance extant at our table… a former provincial Lieutenant-General, a film-maker, a chair of a university board of governors, a Canadian senator, two “Women of the Cloth” and a judge.
I am talking about an all BLACK FEMALE ambiance.
Families represented at the table: the Thomas’ and the Sparks’ are community leaders throughout the continent—their impact on Black North America has been felt right to the heart of our social framework. They impact our daily lives in many spheres of work and community activities, in social activism and the professions.
Obama was awesome, but we were not awestruck; we were impassioned, encouraged and excited by his reasoned, hopeful approach to a difficult America and a troubled world. He gave us words to share with our grandchildren, challenging us to support them, to listen to their wisdom—wisdom their generation has gained through thoughtful study, examination of the facts, and double checking the rhetoric propagated and manipulated by social media.
Take note that Nova Scotia is tiny compared to Montreal.
More than 12,000 folks heard Obama in Montreal… 9,000 fought for tickets in Halifax. Haligonians have major Black cultural and community resources that proudly display the history and culture of a proud people. The Buddy Daye Institute is at the forefront in producing educational materials that are integral to the curriculum of the public schools.
How is it that Halifax can have a white chief of police stand up and apologize for the carding of Black men, while Montreal’s police chief refused to acknowledge that there is racial profiling—just systemic bias—not systemic racism, but systemic bias.
That terminology whitewashes the language and thereby whitewashes the heinous act. How is it that the Obama event in Halifax sponsored 3,000 youth? How is it that an apology for the destruction of Africville was followed by concrete action—rebuilding the church and resurrecting the spirit—when Montreal’s Little Burgundy was ravaged, raped and left to die… especially the NCC, now just a pathetic hole in the ground?
Reparations to victims of abuse at the Nova Scotia Home for Coloured Children, Africville and the Halifax Explosion of 1917 are publically and unashamedly discussed in public forums in Nova Scotia. We can thank God for Dan Phillip (Black Coalition of Quebec) who broke the news media glass ceiling with his landmark class action lawsuit on racial profiling which seeks close to $200 million for victim compensation.
Take it from Obama who, as a father, amongst other roles, preached to us that it is time to hand over the reins to the youth. Let them try their “no nonsense” way.
Use science and technology to its creative maximum. It may be lonely and will certainly be uncomfortable some of the time, but leadership needs young blood— young, gifted, articulate and committed talent—our future…our youth.