Advertise with Us
Home Entertainment “What’s Going On”: 50 years later 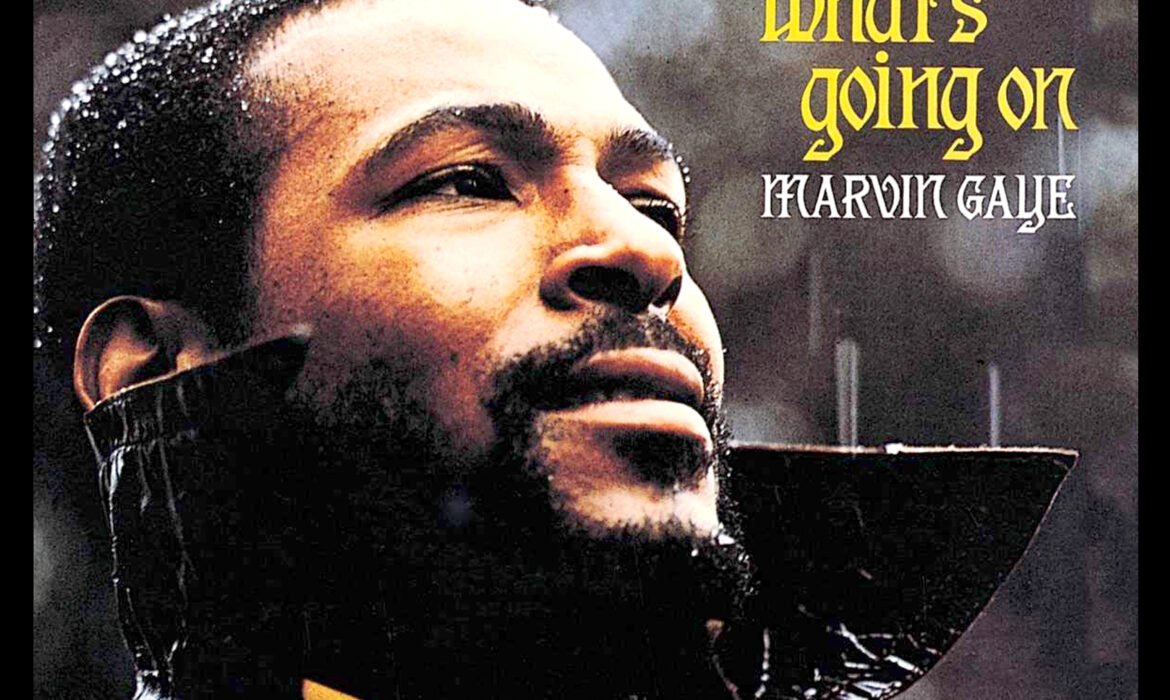 To this very day, the album is not only fresh in sound but relevant in content.

May 21, 1971 marked the date of the release of Marvin Gaye’s legendary album “What’s Going On”, an album that not only changed the iconic singer’s legacy but that of Motown Records, the iconic record label as well.
Fifty years ago, going into the 70s, Marvin Gaye had been going through a rough patch. He had grown frustrated with Motown head Berry Gordy relegating him to recording simple love songs written by other songwriters.

He had also been deeply affected by the recent death of his close friend and duet partner Tammi Terrell who died of a brain tumour.
It was at that time that Marvin took it upon himself to create the most ambitious work not only of his career but of the entire Motown catalogue, much to the dismay of Gordy who at the time wanted no part in a musical political project, let alone release one on his record label.

As such Berry remained skeptical when the album’s lead single and title-track “What’s Going On,” was released on January 20th the same year.
The song peaked at #1 on the Soul/R&B charts and #2 on the Hot 100. The success of the single would propel Berry to give Marvin the go-ahead with the entire album’s recording and rollout. Within two weeks, Marvin would record the rest of the album at Motown’s Hitsville U.S.A studios in Detroit, completing the nine-track project.

The album debuted at #6 on the Pop Charts and sold over 200 000 copies in its first week, making it a hit both critically and commercially.
But aside from praise and chart success, “What’s Going On” opened a door for another Motown star, Stevie Wonder who would drop two records in 1972 after negotiating his contract with the label in 1971 for a larger share of royalties and creative control. This was largely enabled due to Marvin’s triumph.
Side A of “What’s Going On” is oftentimes described as one long song.
The album’s opener being the title track was a response to the Berkeley riots that took place in 1969, shedding light on police brutality and the general chaos that was taking place throughout the United States.

The subject matter of the song was witnessed by Four Tops member Renaldo Benson and his account would serve Marvin in the writing of the massive hit.
The album’s opener would set the tone of the album as the 2nd track kicks in, “What’s Happening Brother”

Perhaps one of the most touching songs on the album, “What’s Happening Brother” was a song based on letters from Marvin’s own brother who was serving in Viet Nam. The song echoed the basic conversations the two brothers had as pen pals.
The next three tracks, “Flying High” (In the Friendly Sky), “Save the Children” and “God is Love” would represent the album’s darkest point. The first would tackle Marvin’s drug addiction, which he developed after a battle with depression. A melancholy sound accompanies sobering lyrics as Marvin gives the listener an insight into his struggles. As the song comes to a close, “Save the Children” takes shape in a call and response-like structure with Marvin asking a question only to resonate with his very own background vocals. The song is a call to the world’s care and effort into doing better for the sake of future generations.

The smooth transition leads into “God Is Love”, a tune about Marvin’s faith and trust in the creator as he carries out the message of love, being God’s only wish and Marvin’s desire for the world.
The album would also prove to be ahead of its time, as “Mercy, Mercy Me” (The Ecology) would speak to the state of the environment at the time.
Five decades later, the subject is infinitely more present and it showcases Marvin Gaye’s consciousness and willingness to be a trailblazer on issues that most artists of his time wouldn’t.

The final tracks would break this consistency in sound but would still embrace the same themes as the first six. “Right On”, the longest song on the record, has sonically the most distinct sound on the record. The Latin-inspired percussion would carry the upbeat feel as Marvin’s vocal performance and lyrics would praise the world’s honest, hard-working, and honest citizens.
“Wholy Holy”, is yet another religiously themed track, sporting the wittiest title on the album. The colossal closer “Inner City Blues” (Make Me Wanna Holla) proved to be another hit for Marvin and a staple in his discography. The song describes the daily hardship of the average person while adopting the value of dignity and pride for oneself. The haunting finish would only make this masterpiece of an LP all the more impressive.
“What’s Going On” would become not only Marvin Gaye’s magnum-opus but also a record that set a bar in the world of R&B. To this very day, the album is not only fresh in sound but also relevant in content.

It was a statement that was only amplified by the latest edition of Rolling Stone Magazine’s Top 500 Albums, which ranked the album number one of all-time.
A position that this writer agrees with as the world continues to enjoy the album as it turns 50 this year.