Advertise with Us
Home Commentaries What Does It Mean to be a Black Canadian?

What Does It Mean to be a Black Canadian? 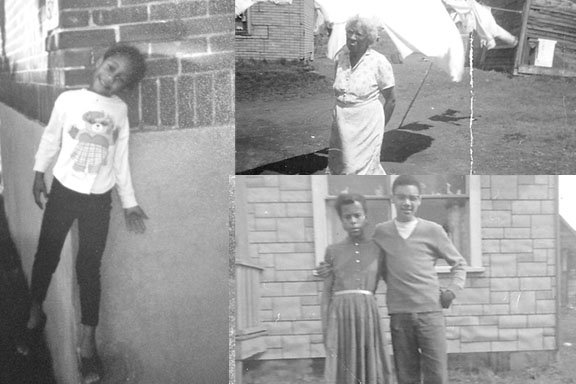 Where are you from?
It’s a short and inconspicuous question. It slips off the tongue quickly, and leaves a little shine in the eyes. It’s so small, seemingly so meaningless, but yet so powerful. Each time I have been asked this little conversation starter, I freeze.
Where do I begin? Where am I from?
I know what they want to hear; they want me to tell them about my dad, who immigrated here at the tender age of nine from Jamaica. They want to hear a stunning narrative about the struggles and triumphs of the immigrant. I give them the cliff-notes version of my paternal family’s ascension to Canada, and hope they do not ask for more. Yet, that little question grows and grows something like a tapeworm in the belly of their mind, and they inquire further: But what about your mother, where is she from? Now, I ready myself for battle.
What does it mean to be me? What does it mean to be a Black Canadian? Growing up it was simpler for me to respond to the question of my mother’s ancestry – that is mainly because no one ever asked. I grew up playing Power Rangers, Ninja Turtles, “What time is it Mr. Wolf?” and “Ding-Dong Ditch” on Barclay. Cote-des-Neiges was my first home and playground. Everyone knew us. They knew my mom and her sisters; they knew my Papa and my Nanny. They definitely knew Papa and Nanny were Scotian. That was enough for them, and it was more than enough for me. I belonged, and all the older ladies on my block, Aunt Dorothy and the like, knew I had roots where they had roots. But as I got older, those roots were unrecognizable to everybody living outside my Barclay bubble. They didn’t understand what it was to be Scotian, so I got used to saying “from Nova Scotia.” Still, they had trouble understanding how my mother and her family could be Black and from Nova Scotia. Basically, how could my family be both Black and Canadian? Where did they come from?
I never knew what to say, so I kept it short and left a few question-askers bewildered. Then one day someone attempted to build my whole family tree: But where are her parents from? But where are her grandparents from? But where are their parents from? This was the first time I got frustrated and slightly angry. I answered with a dark tone: “…they’ve been here for a while, you know, like slavery times.”
I decided to adopt that line. I didn’t know much about Canada’s history of slavery and racial inequality, but I knew that there was slavery in Canada. I knew that people who were slaves – Black people who were slaves – came to Canada sometimes as property, sometimes as free citizens, and sometimes escaping the tight grasp of hell hoping for salvation.
Ever since I adopted this answer and offered it on a silver platter to those who would inquire ever so innocently about my “background” I would watch their eyes with my own smiling. The confusion I would find was a brief satisfaction for me, but those two questions continued to plague me. I guess I loved to watch them be just as confused as I was.
What does it mean to be me? What does it mean to be a Black Canadian? These were questions I couldn’t answer. I had no referents for being Black and Canadian. All the history I knew was “White”; it wasn’t explicitly my history. Then I remembered the first day of my grade ten Canadian and Québec history class. My teacher handed out 30 or so textbooks covered in a hard, plastic and resin-like material. The cover came in solid colours, either black, navy blue or gross green, and on the front it read Mon histoire (French for “My History”). Mr. Lapierre was sure to mention to our class, a group of students more likely to be identified as almost everything but francophone or Québecois, that this was not our history. Well he was kind of right. As a Montréal native, it kind of was my history, but he was mostly right that it really wasn’t my history. And for years to come, I would remain ignorant of my history not knowing there was really any history to retrieve, to remember, to commemorate. I foolishly thought: if there were important moments of Canadian history involving Black Canadians then they would be around somewhere right? Kind of right. I would have to find them. I would have to make my history more important than the same old narrative about Europeans making a great, new nation. My history would have to be meaningful by itself and possibly call into question all that other history I had eaten up so easily.
So what now? I read. I decided to put on my history cap and read up on the “Black Canadian Experience.” The first stone in the pond is Graham Reynolds’ Viola Desmond’s Canada: A History of Blacks and Racial Discrimination in the Promised Land.
As I read Reynold’s historical account of the experiences many of my ancestors lived, I am finding myself. What I am discovering is still so new that I do not have the words for it just yet, but the expression of myself, of my history, is changing, is deepening, is taking on a true form. The confusion is transforming into an understanding.