Advertise with Us
Home Events Westmount SDA: A Delightful Celebration 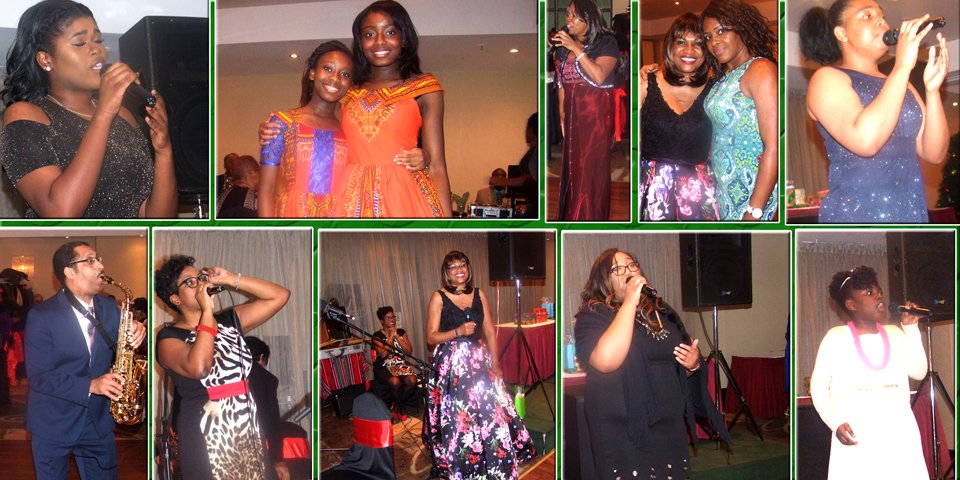 The Social Committee of the Westmount Seventh Day church had a packed hall at the Holiday Inn on Cote de Liesse for their annual Christmas Party on Sunday, December 11.
‘Twas indeed a joyous occasion as a lineup of wondrous performers, most of them coming from churches around Montreal, and all delivering heart-warming performances in song and dance. All of it happened under the masterful guidance of Pastor Dorothy Clarke who served as master of ceremonies.
The posted star of the evening was Stephan Noel, who charmed his way into the hearts of the audience with his slick style and mesmerizing voice. He delivered a repertoire of pop favorites, including One In a Million.
But they all held their own on stage that evening, including singers Gilian Gurley, Christine Koikaran, Janet Jackson, Alicia Walton, Nioami Batiancila, Singing Shayla and Andrew, Shoshana Beckford, Shanya Theodora.
Also on stage was Dexter Johnston on the sax, sisters Ajua and Aborah and their African dance. Imani Skerrit had the crowd on their feet with a pantomime, Mitsy Skerrit doing Louise Bennett’s Dry Foot Buoy and Ramiro and Oscar Ledezma performing on the harp and Brazilian flute.
Organizer Patricia Beckford offered the words of welcome and a short and well-accepted comedy session. Ann Spence delivered the vote of thanks while Pastor Patterson offered the opening prayer and Pastor Cousins, the closing prayer.