Advertise with Us
Home Entertainment T&T Carnival 2K19 warming up 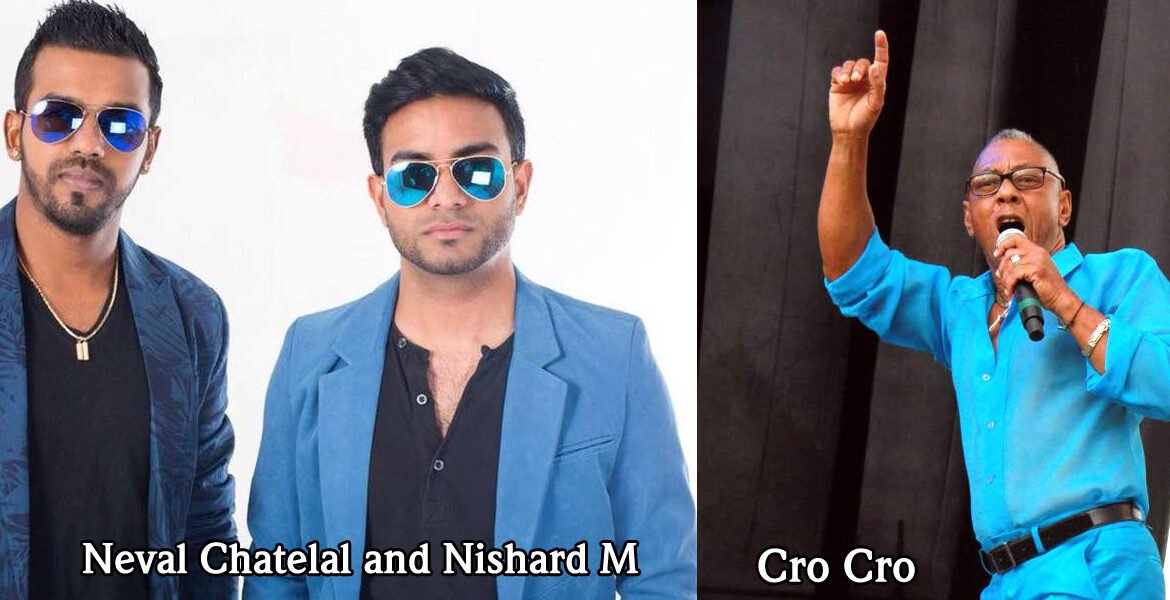 Trinidad & Tobago carnival is in full bloom and Island Scoop becomes the one-stop joint for Soca news during the season.
So here are some of the latest:
Neval Chatelal and Nishard M are the Chutney Soca Monarchs kings, Calypsonian Cro Cro (We­st­on Rawl­ins) didn’t make it into the semi-finals of this year’s Calypso Monarch competition.
Congratulations to Neval Chatelal and Nishard M for doing it twice. They retained the title with their hit track called, ‘FYAH’, which incredibly, was only released two weeks ago before the competition, and on the anniversary of their first win.
The wine was more of a sentiment for him as he won the title on his grandmother’s birthday, whom he brought with him on stage.
As he was awarded the crown he said “She’s one of the four most important people to me and I want to dedicate this victory to Mama. Happy birthday!” he exclaimed as he hugged her”.
Here’re the top five.

Cro Cro Out
If you are on social media regularly, you must have heard about the little bacchanal with Cro Cro In case not here’s a quick run down: Cro Cro was recorded using a cellphone while driving his job “Community-Based Environmental Protection and Enhancement Programme” (CEPEP) vehicle. Not over looking that the main issue was the recording of his interaction with the other driver.
Cro Cro was recorded obscene language towards another motorist. The video went viral and resulted in him being suspended with pay, hence the reason he sang a Calypso explaining what really happen. The new song which contain the “N-word” was slammed on social media by some and appreciated by those who wanted to hear the truth.
The song wasn’t enough for the four-time monarch to make it to the list of 40-semi-finalists re­leased on the Trinbago Unified Calypsonians’ Organisation (TU­CO) as who will compete in Ca­lyp­so Fi­esta at Skinner Park, San Fernando.
The National Calypso Monarch finals is on Saturday, March 2nd, also in San Fernando.
This will be the first year that the finals of the annual competition will be held out­side of the Dimanche Gras show on Carnival Sunday night.
Next issue we will talk about the big  impact Grenadian and Vincentian
Soca artists had in Trinidad during the 2019 Carnival season