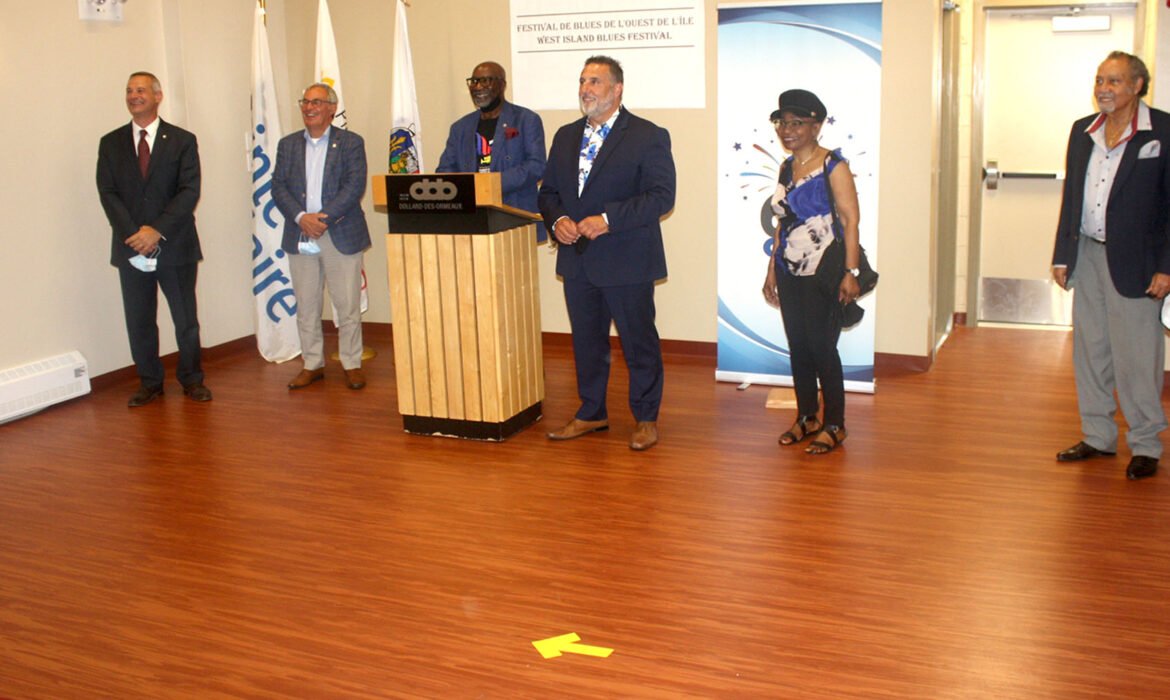 Pop-up events in DDO, Pierrefonds/Roxboro and Pointe-Claire from July 31 to September 11

Covid-19 aside, Errol Johnson is excited about this year’s staging of the West Island Blues Festival.
“We’re taking the show on the road and providing a treat to music lovers in various parks across the West Island, ” he told the CONTACT.
With 12 pop-up shows in three different municipalities, Johnson says organizers are able to respect the restrictions and guidelines in place due to Covid-19, while bringing quality jazz music to neighbourhood parks.

Each show will feature one performer and organizers are hoping to attract about 500 spectators for the two-hour event.
Johnson says those who are unable to catch a performance at a particular venue can easily do so on another day at another park in what is expected to be a summer of Blues in the West Island.
The first two pop up shows will be in Dollard des Ormeaux, on July 31 at Westminster Park featuring Brian Greenway of the famed band, April Wine and then at Lake Road Park on August 1, this time audiences will groove to Justin Saladino Band, self described as a “funkified guitar-driven Blues/Rock band with some country twang.”
The festival then moves to Pierrefonds/Roxboro on August 7 – 8 with the first show at Parc Grier again featuring the Justin Saladino Band and then at Parc d’Roxboro this time with the Ben Racine Band, a highly acclaimed Montreal based group led by the award-winning guitarist.
The shows move back to DDO on August 21 – 22, with a much-anticipated one at the Dollard des Ormeaux Park featuring Christ Briere.

Then the curtain drops in Pointe-Claire on September 11 – 12.
Johnson says the 2021 Blues Fest road shows might serve as a model for other major music festivals in Montreal and he is looking forward to see how they are accepted in the various neighbourhoods across the west island.
He also pointed out that inspite of the modified version of this year’s festival, they are hoping to continue to maintain their community support commitment.
The Blues Fest Fest boasts of donating more than $200,000 to community groups in the west island over the past 17 years, a significant chunk of which went to the West Island Black Community Association.
Other groups that have benefitted from the festival include the West Island Association for the Intellectually Handicapped, the West Island Women’s Shelter, Literacy Unlimited, Alzheimer Groupe Inc, AJOI, the West Island Palliative Care and Portage.