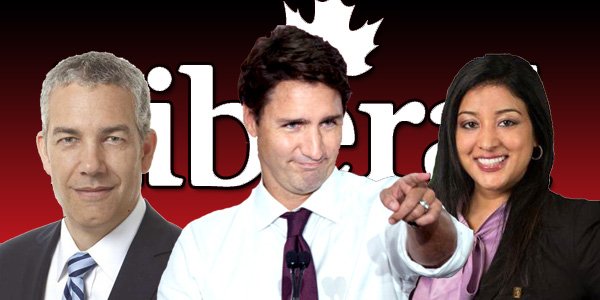 Since confederation there have been only 13 visible minorities who served as Cabinet ministers in Canada.

The first was Palestinian born Pierre de Bané who was appointed as Minister of Supply and Services by Pierre Elliot Trudeau in 1978. At the time less than 5% of Canadians fell into the group categorized by the government as “persons who are, because of their race or color, in a visible minority in Canada. “

That appointment came 11 years after Canada opened its doors fully to non- white immigrants, having welcomed mostly Europeans and Americans for most of the post war period up to 1967.

One year after De Bané, Lincoln Alexander became the first Black in Canada’s Cabinet when he was appointed Minister of Labor by Joe Clarke in June, 1979.

De Bané had another stint with Pierre Trudeau between 1980 and 1984 but Canada didn’t see another visible minority in Cabinet for another ten years until Raymond Chan of Chinese origin was appointed minister of Asia-Pacific Gateway by Prime Minister Jean Chretien in 1993.

He was followed by Trinidad born Dr. Hedy Fry who became minister for Multiculturalism in 1996 in the Chretien government.

In all, Chretien appointed five visible minorities to Cabinet including Herb Daliwal, Ray Pagtakhan and Grenadian born Jean Augustine (Minister for Multiculturalism) who became the first Black woman elected to Parliament, and who also served in the Paul Martin government.

Out-going prime minister, Stephen Harper tied with Chretien for having appointed the most visible minorities to Cabinet with five including Michael Chong, Bev Oda, Tim Oppal and Alice Wong.

Recently elected prime minister, Justin Trudeau has 38 visible minorities to choose from as he fashions his team to lead Canada for the next couple years. A record 46 were elected in the October 19 elections.

Among the big names available to Trudeau are Anju Dhillon, a lawyer elected in the Lasalle- Lachine- Dorval riding and Frank Baylis, (Dollard-Pierrefonds) who has earned global recognition with his company Baylis Medical, which designs manufacture and sells medical equipment.

Baylis and Dhillon are among 184 Liberals elected under Trudeau to form Canada’s next government. Harper and his Conservatives were diminished to 99 seats and the former opposition New Democratic Party of Canada under Thomas Mulcair was all but wiped out and left with 44 seats. Elizabeth May leader of the Green Party of Canada retained her seat.

The new Parliament of Canada will convene on November 4.

Businessman Frank Baylis and Emmanuel Dubourg are among what can be considered a wave of visible minorities elected in the October 19 elections.
About 46 Canadians, whose heritage extends beyond what former Prime Minister Stephen Harper categorized as “old s

tock”, will be among the 338 MPs occupying seats in the House of Commons when it reconvenes on November 4.
It’s the highest number of visible minorities to be elected in Canada since 2011 when, according to a Globe and Mail report, a McGill study showed that 26 were sent to Ottawa.
At least five of the elected visible minority MPs are from Quebec and all are Liberals, including Baylis in the Pierrefonds-Dollard riding, Duborg in Bourassa, Anju Dhillon in Dorval-Lachine-LaSalle, Alexandra Mendes in Brossard-St. Lambert and Greg Fergus in Hull-Aylmer.
Baylis, president of Baylis Medical, a world leader in the design, manufacturing and sale of high tech medical products, easily won the Pierrefonds-Dollard riding for the Liberals with almost 59% of the votes (34,319), defeating NDP incumbent Lysane Blanchette-Lamothe by more than 25,000 votes.
Baylis’ mother, Gloria Baylis, who is originally from Barbados, founded the company in 1986 and helped to build it into a global force.
He is a member of the West Island Black Community Association, and for many years has been a key backroom strategist and fundraiser for the Liberals.
He is expected to bring a strong voice to Ottawa on behalf of municipalities, and an advocate for the revival of Montreal as a centre for commerce and technology.
Dubourg, an acclaimed accountant and professor goes back to Ottawa for a second term, easily beating back a challenge by the Bloc Quebecois by more than 15,000 votes.
Political neophyte Dhillon, a lawyer, also made her mark in Dorval-Lachine-LaS

alle, displacing NDP incumbent Isabelle Morin with 55% of the votes.
The official designation of “visible minority” as defined by the government is a non-Caucasian in race or non-white in colour, but not including aboriginal peoples.
Visible minority representation in Canada’s parliament has been an issue for much of the past two decades since an increasing number of people have been migrating here from around the world.
There are about 6.5 million of us here, making up a little over 19% of the population, and it’s expected that in 15 years we will be closing in on making up 35 per cent of Canada.
These days, South Asians make up the largest group among visible minorities in Canada with about 1.5 million, followed by Chinese about 1. 3 million, and Blacks about 1 million.
Visible minorities are scattered across Canada, especially in and around major cities; Toronto is home to close to 3 million and Montreal just under a million.
While the increase in the number of visible minorities making their way to Ottawa is encouraging, 46 represent only about 13.5 percent of the 338 seats in the House.
Just as it’s important to have proper representation for visible minorities in the private sector and in other areas of the public sector, it’s doubly important in Parliament where the highest level of policies and decisions are formulated.
In order for those policies and decisions to be truly representative, every group of Canadians must have a say in the discussions and debates.