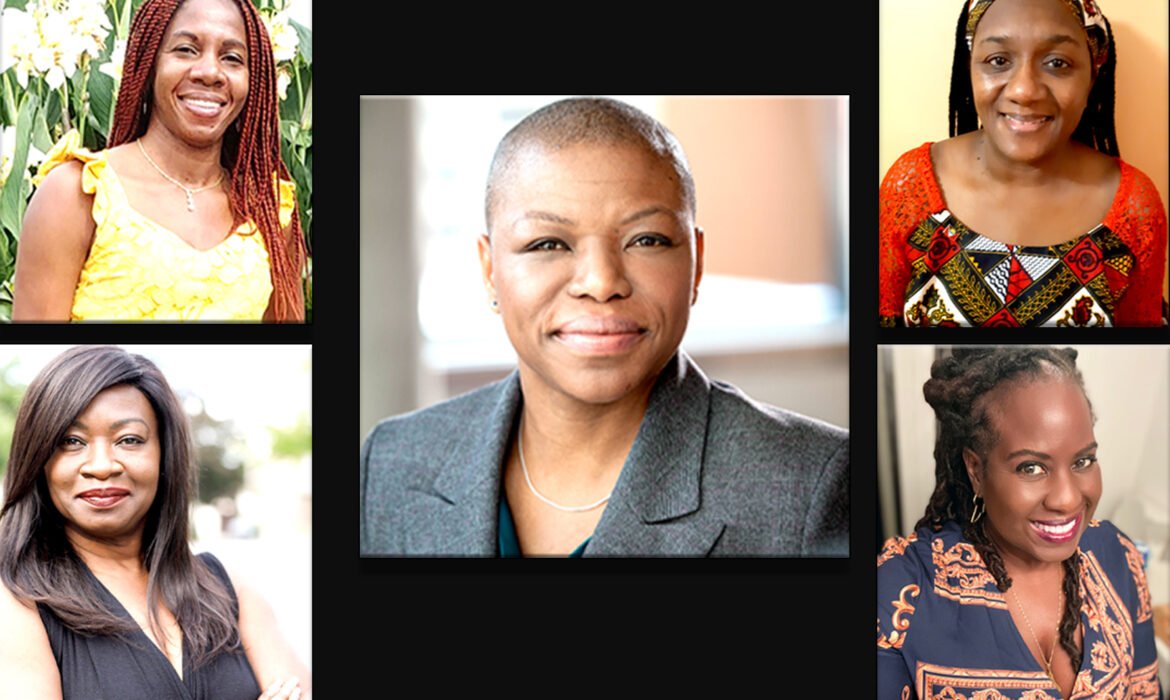 Across the community, women leaders come from an array of disciplines from academia to health to administration and are finding themselves at the helm of community organizations. And they are helping to chart a path forward for their respective associations and for the Black and Caribbean community.
These intrepid female leaders are also finding ways to mix their personal and family lives together with their commitment to community to help lift lives. 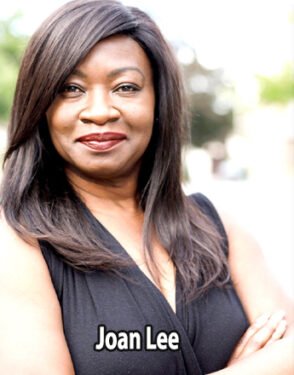 JOAN LEE – Committed to the cause

When her daughter received a scholarship from WIBCA, Joan Lee’s curiosity peaked into the workings of thew association and decided to learn more about it. Eventually she attended a meeting and found a space where she could lend of her strengths.
Born in Jamaica, Lee moved to Montreal with her family when she was seven years old. She spent her formative years in Ville Saint Laurent and later moved to the West Island an area she still calls home.
At WIBCA she joined the education committee and then with time she became the scholarship coordinator and eight months after that, she was approached to become part of the executive committee and later on the treasurer. Her hard work and dedication showed and soon after she was nominated as president of WIBCA.
Her goal is to continue in the footsteps of founders Norma Husbands and Margaret Jolly and equip the organisation, which will be turning 40, with a good enough foundation to keep it going for another 40 years and more.
“We just need to be bigger and better and to make sure that we can serve everyone that needs to be served on the West Island and even outside of the West Island we welcome everyone from everywhere,” she says to the CONTACT
WIBCA has managed to keep going through support from volunteers and fundraising initiatives that the community members rally behind. Their programs are free and target various demographics.
In September 2021, they began offer Robotic stem programs for children ages 9 to 19 at the DDO civic center. They are also offering Maasai mentoring program for boys ages 11- 19 every Saturday where they teach young men how to navigate through society and also about their heritage.
They also have the Black Girls Gather Book Club which explores books by Black authors and for the moment meets online. They have the empower women scholarship which gives bursaries to women pursuing higher education. They also have programs to empower seniors to use everyday technology which has come in handy during this time where physical meetings aren’t always possible.
Joan Lee hopes to keep the wheels turning through even more innovative and empowering programs. Working a full-time job in an industrial valve company and finding time to serve as president come with challenges but as she says, she keeps going and growing. 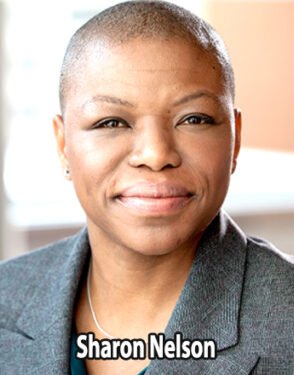 Sitting on her desk as assistant coordinator of the Executive MBA program of Concordia University a position she’s held for 25 years, Sharon Nelson’s demeanour oozes of confidence and passion. She is the first Vice-President of the Jamaica Association of Montreal, a position she thought she would never hold.
A soft-spoken girl born in Jamaica and raised in Montreal, Nelson never veered out of her comfort zone. She often remained in the sidelines but as she moved through life her paradigm shifted and she realized that her voice mattered, and it was okay if she let herself get heard.
She comes equipped with a Bachelors in Engineering and a Master of Science in Integrated Water Resource Management.

“I always found myself in that area of creating, exploring, building and what it has taught me is that ideas do matter and that my ideas do matter,” she explains to the CONTACT. “Coming from a place where I wasn’t very vocal to becoming the one who puts up their hands say, well, I have an idea to the one that says this is how we going get it done right.”

As she evolved, she looked for spaces to express herself and channel her strengths. And in 2015 she found the Jamaica Association and started attending the meetings.

“It’s a place that I had known but never really attended, but I recognized within that place is that there’s a lot of potential for growth. There has been a lot done and so we’re building on the foundation of the people that were there. But I think, why an engaged as I am is because I really believe that we are the purveyors of our own future.” Nelson says

She maintains that people must add in order to remain relevant not only to themselves but to those around. It was from this mindset that she decided to do a little more within the association.
She joined the committee and used her perspective to add to the dialogue and contribute to change and soon enough her efforts were noticed.
“The president (Mark Henry,) I believe, had trust in me to do the different things that I’m doing right now & different portfolios that he felt that I could manage well. And that’s how I became the Vice President.”

Her vision moving forward is to amplify the different aspects of the association to reflect the community. And her parting shot to all is to keep speaking and engaging.

“If you stay silent, then you’re not relevant anymore, And if you speak up, somebody will hear you. Somebody will listen and maybe you will touch, the hearts and minds of people.”
For more information about the Jamaica Association visit https://jam-montreal.com/ 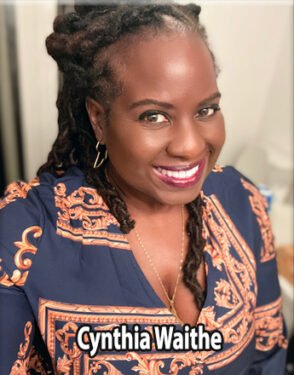 CYNTHIA WAITHE –
THE FUTURE OF WOMEN IN LEADERSHIP IS BRIGHT

For half a century Barbados House Montreal has been a place for Barbadians to gather, grow and share experiences. Cynthia Waithe wanted to be a part of the experience and learn more about her roots.

BARBADOS HOUSE ( MTL) INC was  founded in June 1970 and received a charter from the Quebec Government in 1972. It was dedicated to the organizing, promoting and encouraging the Educational, Economic, Social and Cultural activities of Barbadians living in Montreal and surrounding areas, and also to assist charitable organizations in Barbados

“So when I attended a meeting, I was asking a lot of questions and I was the youngest person there and the past president Nigel Clarke mentioned to me if you want to be involved in just get involved.”

Waithe graduated from Concordia with a Bachelors in Psychology, and attributes her sense of community to her parents who she says told her, “give back and make sure that you always be involved and basically if you have a problem, you have to let not just talk about the problem, but be part of the solution.”
As the recently elected president, Waithe says that her vision for Barbados House is to “continue to build a presence in Montreal and collaborate with other organisations within the community.”
On reflecting on women in leadership “the future of women in leadership is bright,” she says “we bring a holistic addition to things.” 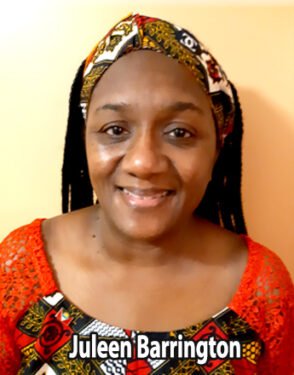 JULEEN BARRINGTON – DRIVEN BY FAITH, LARGE AND IN CHARGE

Born in the paradisiacal island of Antigua, Juleen Barrington immigrated to Canada as a child in the 70’s. She grew up in the south shore and later on moved to LaSalle. She studied to be a nursing assistant and later on went to Ontario and became a registered nurse.
As we speak Lady Barrington, as she’s known to some, is the assistant head nurse at Henry Bradet Hospital and most evenings, she’s the one in charge. If that isn’t enough, she is also the president of the Antigua & Barbuda Association in Montreal.
She joined the association with the desire to connect and share ideas with her community.

“In 2011 I became the Vice- President of the association and in 2013 I was elected president,” she explains to the CONTACT.
Under her leadership she has coordinated various fundraising and relief efforts.

“We would get walkers from some hospitals before they are disposed off and then send them back home for the seniors who are in need and don’t have access to. When we had the hurricane in Antigua the President of Dominica helped us and as we were still mobilizing for funds they (Dominica) ended up being hit by a hurricane and we sent back our fourth container to them to assist them.”

The association is 41 and still going strong, they are also a part of Caribbean coalition of 7 Caribbean islands at the moment, Antigua, Barbados, Dominica. Jamaica, Guyana, Grenada Saint Vincent.
A proud 7th-Day Adventist, Ms. Barrington also gives time to her church where she is the director of health ministries, a role she takes very seriously as she wants to see everyone live their best lives. 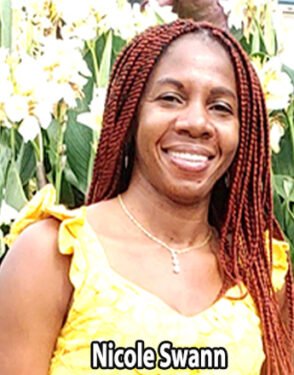 ICOLE SWANN- A story of Growth

A story of patience and perseverance is what Nicole Swann would say her life journey has been so far, especially here in Montreal.
“I had to wait for a long time before I got my Permanent Residence status in Quebec, so I was forced to do a lot of babysitting and worked small jobs here and there but I eventuallyI got it and I immediately enrolled in school,” she explains.
Born in Grenada, she came to Montreal in 1999 and she liked the atmosphere and decided it was a place she wanted to stay.
She was patient and overcame the challenges that came her way and after getting her PR she enrolled in a dental assistance program and has been working in that capacity since.
She craved a sense of community and decided to join the Grenada Nationals Association of Montreal and while there she applied diligence to service and in 2018 she was appointed president of the association.
A role she takes seriously and gives a great deal of her time to.
“It has been good but ever since the pandemic it has been hard to continue having our events. We have to move all our events online and with majority of our members being seniors it has been challenging but we are still standing and still going.
Swan has her eyes set on becoming a nurse to keep using her strengths to help others.
She says she is looking forward to bringing a lot more young members to keep the organisation going strong.
And as society continues to adapt to the post pandemic period, she is looking forward to leading the GNAM to become a stronger force in the lives of nationals here in Montreal. As usual they have an exciting line-up of events planned. One of the highlights is their Mothers Day event in May that offers an opportunity to celebrate mothers in the community.

Grenada Nationals
Association can be found online on instagram @gnamtl