The rude awakening of the Duchess of Sussex 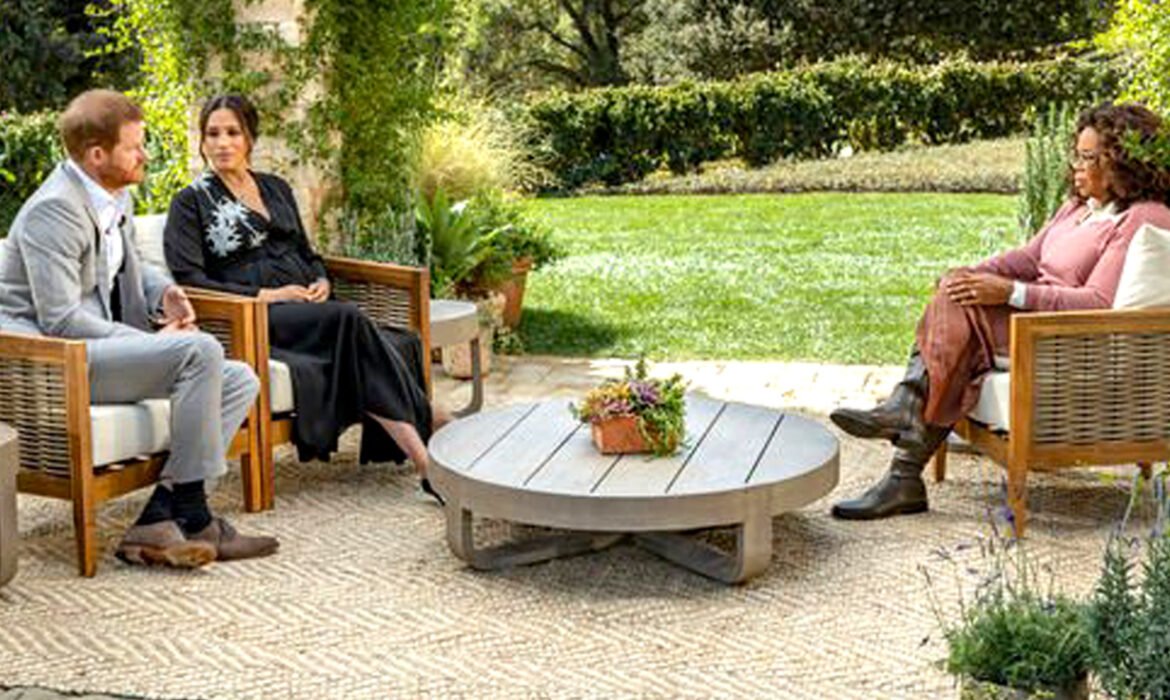 In the end, it was mostly about Archie Harrison Mountbatten-Windsor (Call him Archie.)
The way his parents, Harry and Megan Windsor, The Duke and Duchess of Sussex told it to Oprah Winfrey they were forced to run away from the royal family in order to protect their son, modern history’s first mixed race heir to the British throne from the rampant racism that was pushing his mom to the edge of suicide and his dad to the verge of a mental breakdown.
As always, racism is one of the most difficult issues to broach but it was front and centre in the groundbreaking interview on Sunday March 8, which has since captured more than 60 million viewers worldwide.
It offered audiences an opportunity to connect and commensurate with Megan Markle, the mixed raced (Black) former Hollywood actor who was swept into a dream world by marrying Prince Harry.
The interview also revealed how jarring it was for Megan to come to terms with the fact that her race was the source of her alienation after a little more than two years in the dysfunctional royal family.
Mostly because early in her relationship with the prince the 30-something year old made a point stating that she was not comfortable checking the “Black” box because of her Caucasian father who advised her to draw her own box.
For Harry it was especially frightening because he is convinced that he was witnessing history repeating itself after what happened to his late mother Princess Diana in her conflict with the palace and the British tabloids, except this time race is added into the mix.
He stated that he strongly believe that while Brits are not racist the tabloids are.
Watching the interview you had to feel for Meagan, child of an African American woman and a European man, who was desperate to believe that there was a place for her and her unborn children in the kingdom.
She admitted to Oprah not knowing too much about the monarchy.
If she did then it would have been obvious to her why she never stood a chance fitting in.
She would have discovered that the very foundation of the institution that is the monarchy, as well as the society that upholds and embraces it, were built on white supremacy and the exploitation of races of color… racism.
That being the case, it’s not surprising how quickly Megan became a target for both the hefes with the institution and their cronies in the British tabloids.
For the imps in the media, nothing was out of bounds, when it came to attacking the unsuspecting Black woman.
Very early in the relationship one columnist speculated about Megan’s “rich and exotic DNA” thickening “the thin blue blood, pale skin and ginger hair” of Harry’s heritage.
Another was quick to provide a socio-economic and crime bulletin of Crenshaw, LA the “run-down area” where her mother Doria Ragland a social worker lives.
The headline for that November 16, Daily Mail article was classic nastiness.
“Harry’s girl is (almost) straight outta Compton: Gang-scarred home of her mother revealed – so will he be dropping by for tea?”
But none as nasty as what we got from Danny Baker, a BBC radio broadcaster, who aimed straight to the heart of what many of his kind think of the Megan and Harry’s off-spring.
He tweeted a picture of couple holding the hands of a chimpanzee with the caption: “Royal baby leaves hospital.”
Poor Archie was not even two weeks in the world when he became the butt of jokes and ridicule from a white man.
But what really made jaws around the world drop wasn’t what was said in the tabloids but inside the palace walls, where according to Harry and Megan, a senior member of the royal family had “concerns and conversations” speculating about their unborn child’s skin tone.
That together with the pile-on of racist and demeaning words and actions from representatives of the “firm” as the monarchy was referred to in the interview was too much for the Megan.
She needed help, she told a totally engaged Oprah, but when she went looking for it within the walls of the monarchy, it wasn’t there. That’s when suicidal thoughts started dancing around her mind.
It was not difficult for Harry to recognize the impact that the constant barrage of personal attacks were having on his wife, he had seen it before. This time he was most disgusted by the inactions of his family, he says.
What harry and Megan leant was that entrenched racism is a formidable foe.
So in coming to terms with their predicament, they chose to step down from their roles as working members of the royal family, moving to Canada and then to California in 2020.
More than anything else, the interview with Oprah, came at a time of racial reckoning on both continents, along with discomforting conversations on social justice.
Today, the monarchy’s wealth is estimated to be a formidable $88 billion (Forbes) a significant chunk of which was acquired through its implications with slavery and colonization.
Historians will tell you of massive investments in the slave trade and the exploitation of Black people (from the mid 1500s) by early monarchs such as Queen Elizabeth 1 and King Charles 11, in such as The Company of Royal Adventurers Into Africa, as the building blocks of today’s wealth.
It’s inevitable that systemic racism has become ingrained in an institution with such a sordid history of white supremacy and exploitation.
Poor Megan thinking that somehow she would be able to find her place and become a representative for the Queen among the commonwealth realm is evidence of her naivety.
But her decision to take a stand on behalf of her son Archie, her well-being and the survival of her family takes the conversation on systemic racism and social justice to a place that seemed beyond the reach of the voices on the street.
It’s also a reminder that she has to check the Black box.