The King will hold court in Montreal on July 26 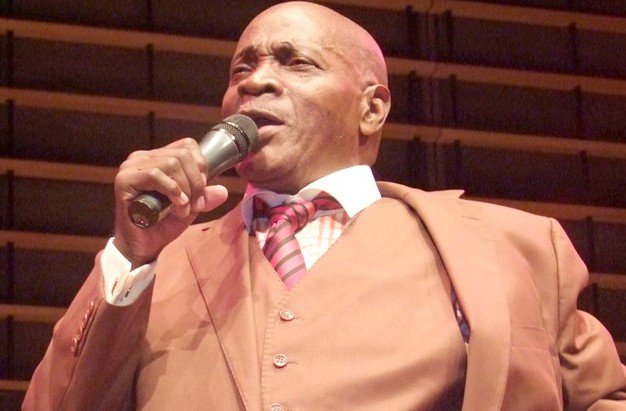 After thrilling Montreal last year, the Mighty Sparrow comes back for an 80th  birthday celebration

It was a normal summer Sunday afternoon in Montreal, June 29, 2014, when the Mighty Sparrow came to the Oscar Peterson Concert Hall in NDG.
For the hundreds of music-lovers who jammed the venue to capacity, they were there for a nostalgic journey with a bard who was nearing the end of one of the most spectacular career of any Caribbean performer.
What they got was a performance to rival any seen in Montreal in recent years, as the then-79-year-old Sparrow delivered from a list of the timeless hits that have thrilled audiences all round the world for almost six decades.
For almost an hour and a half he was on stage, as if in defiance of the illness that had threatened his life just a few months earlier… standing, sitting a bit, dancing and at times moving his waist-line to the thrill of the audience.
On that evening, on that stage, Sparrow held Montreal captive with hit after hit belying his supposed weakened state by remembering every beat, every word of classics such as Jean and Dinah, School Days, Ten to One is Murder, Mr. Walker, The Lizard, Congo Man, Saltfish and Lying Excuses.
As good fortune would have it, Montrealers have an opportunity to relive the moment.
This year, the Mighty Sparrow will be back here to celebrate his 80th birthday on Saturday, July 26, in a concert that promises to leave an indelible mark on the minds of all present.
The show, which will be held at Oscar Peterson Concert Hall, 7141 Sherbrooke, is an incredible go-around for the man who entered the calypso arena in 1956 and completely changed the art form, establishing himself as one of the winningest of all competitors over the years. He captured the coveted Road March title on eight occasions; the Calypso Monarch title also eight times and the Calypso King of Kings title twice. That’s why he will always be the Calypso King of the World.
Toronto’s Macomere Fifi who has established herself as Canada’s Queen of Calypso because of her dominance will join him on stage.
Also appearing will be the irrepressible MC Wassy out of New York City, Cece Walker and Howard Stretch Carr.
Info: 514-293-3488, 514-733-0828