Advertise with Us
Home News Community News The New Studio Whispers is Spacious, Glitzy and Modern

The New Studio Whispers is Spacious, Glitzy and Modern 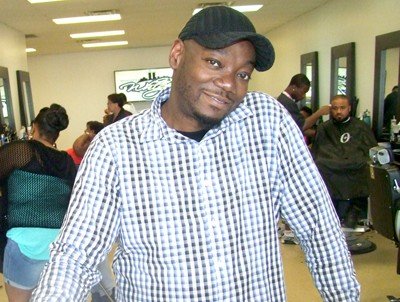 Where it’s all about meeting the needs of clients, young and old, men and women

For Black folk, men and women, young and old, hair salons and barbershops are still some of the more socially engaging and politically stimulating spaces available to them.
The conversations and “reasoning” that go on in these hubs of camaraderie while getting groomed makes them important institutions in our community.
But for the owners of these enterprises, the challenge is to maintain not only their vitality as social spaces, but also their viability as

businesses.
After sixteen years operating his own shop in this town, Greg Gordon has learnt a thing or two about keeping Whispers Spa, Beauty and Personal Care Studio on the leading edge in Montreal’s competitive arena and still a place where Montrealers can feel confortable while being groomed.
Among the big lessons he has learnt over the years is the need for vigilance in keeping the business current and delivering professional services at all times.
“It doesn’t matter your age or your race, man or woman, our commitment at Whispers is to provide a place where your needs will be met in a timely and professional manner,” he says, brimming with confidence.
And that has been the motivation behind relocating the studio from Juliet Street, where it was located since 1999 to a nearby location on Newman Blvd, LaSalle’s main commercial thoroughfare.
He made the move last June.
“I think it’s important for us to be where the people are and where most of the business is being conducted,” he told the CONTACT recently. “But it’s just as important to be in a space where people do not have to wait… where they can be served in a timely manner.”
The new place at 8185 Newman is spacious, glitzy and modern with stations for hairstylists to the left, and chairs for barbers on the right, accentuated by modern mirrors and lights…
Greg says the move allowed him to broaden the scope of his business immediately making room for more hairstylists and more barbers.  Now he has a team of about 11, four hairstylists and seven barbers that he can call upon if needs be.
A significant addition is Diane Dopson, a highly skilled veteran hair stylist who operated her own salon in Montreal for well over 25 years before teaming up with Greg at Whispers.
The place is now a one-stop shop in LaSalle for everything to do with hair and beauty, and it draws a cross section of Montrealers from surrounding neighborhoods, young and old.
“It’s really nice to see the mixing of the generations here, getting the cuts and fades and the classical styles,” says Greg, who is going to build on that trend for the future success of Whispers.
He says with many young and highly talented barbers and hairstylists getting into the business, the competition is getting stiffer.
“The thing is, they’re really good at using social media as a marketing tool and that’s changing the game.”
Also, he says, the younger sets are taking the styles and the cuts to another level.
“The younger guys use more razors to make the cuts closer and sharper,” he says. “So the fades are now super fades,” he says. “Everyone in the game has to keep up or they will be thrown out of the ring.”
“At Whispers we’re in it for the long haul and our commitment is to keep Montrealers looking and feeling good.”