Advertise with Us
Home Special Features Serious about music 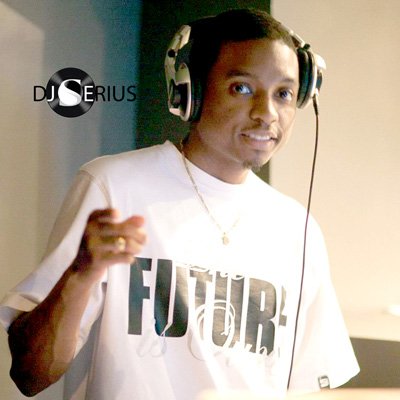 At 31, Dan Kellman is part of a generation that heard of the days when Montreal was Party Central, especially for people in the Black and Caribbean community. The days when every party was rammed and the music and ambiance provoked fetters to have a good, good time.
Kellman, known on the circuit as DJ Serius, grew up under the wings of club legends Don Smooth and DJ Tuff, says he had a little taste of some good party days back in the 1990s.
But for well over a decade or so, he says the entertainment scene for young Blacks in Montreal has been on a steady decline.
“I know many in my age group in the community who have totally given up on finding good parties or interesting events in Montreal and are travelling to Toronto and other cities,” he says. “But I think we (who are stakeholders) in the entertainment industry like promoters, deejays and owners of venues have a responsibility to try to revive it.”
“I wouldn’t call it a flop. But right now, the entertainment scene is at a standstill.”
Kellman knows of what he speaks because music is in his DNA. His older brother Don Smooth is a veteran deejay and a respected radio personality and music journalist, and his dad, Andy, is a calypsonian and also a long-serving deejay in our community.
It was inevitable, he says, that he would get into the business. He says he started a bit late, at 25-years-old, first on his own then for a brief stint as part of the Renegade crew.
Over the years he played at soca, reggae and hip-hop parties and in the clubs downtown he has seen enough to know that something has to be done quickly to salvage Montreal’s shaky party and entertainment scene.
“Here is what we’re facing: it’s also extremely difficult to find venues when what we know as “Black music” can be played and just as difficult to get more than 250 people to attend a party.”
He added that those who go out usually leave disappointed with the music that was played and the lack of vibes.
“Obviously it’s time for deejays and promoters to understand their respective roles and work together to find a formula to revive the party scene,” he told the CONTACT at a recent sit-down. “Right now, too many deejays are trying to be promoters and promoters trying to deejay.”
In the meantime, Kellman is clearing his own path towards bringing some “positives” to the entertainment scene. He says behind the mic and the turntables he tries his darnest to stay away from the type of music “that promotes negativity.”
As a youngster, like most of his peers, he too gravitated towards the hard-core gangsta rap and dancehall genres but eventually realized that they can have a negative influence on some.
“That awareness came as my level of consciousness and spirituality grew, so instead I try to go towards music with lyrics that enrich people’s lives and convey positive images.”
He is also finding new avenues to do so.
A couple years ago, he made a full-time commitment to making, refining and engineering music and completed an Audio Recording Technology program at Vanier College.
Since 2012, he has been one of four hosts on Soul Perspectives, a one and a half-hour show (Tuesdays, 7-8:30 P.M.) on CKUT 90.3 FM on which they explore various issues of race, identity, national and international politics punctuated by music that inspires and empowers. He shares the microphones with three other young community-rooted commentators, Kym Dominique-Ferguson, Renee Jordan and Dolce Rocha (DJ Sweet La Rock.
“For me, being on the show is an opportunity to voice some of the issues that are of interest to our community and I find it to be rewarding.”
Then on Saturdays, Kellman showcases his deejaying skill as one of the hosts of the More Fyah show on CJLO AM 1690, where together with Singing P and Junior Vibes, they treat reggae lovers with some of the classical, the cultural, the conscious and dancehall styles.
You can catch him live every Friday Night at Marlowe on St. Jean in the West island where he treats clubbers “to whatever it takes to get {them} moving,” everything from pop, soul, rock, zouk, compas, Latin to reggaeton.
Music, he says, offers him a real opportunity to bring people together and to uplift them…  that’s what he does.