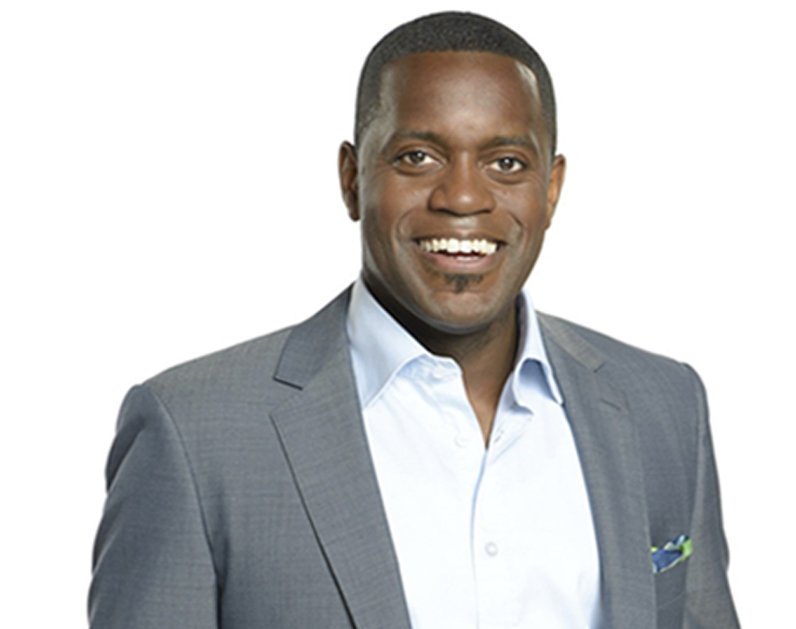 After years on the small-market beat

Maybe because there’s a marked under-representation of Blacks and other minorities in newsrooms across Canada, there’s a tendency in our community to celebrate those who’ve made it and hold them up as role models.
So it should be with Sean Henry.
But there’s another reason why we have to be proud of the 38-year-old CBC radio and television weekend anchor and general reporter: he’s good at his job.
Not surprisingly Henry, who returned home to Montreal only four years ago after first a three-year tenure with Global Television in Quebec City followed by a seven- year stint with CBC in Windsor, Ontario, has been moving rapidly through the ranks in the take-no-prisoner world of radio and television.
And he is quite aware of the scope of his achievement.
“I know how difficult the industry has become and I know that I may be the first and only Black male permanent news anchor in Montreal, at least in the English sector, but I still encourage young Black men to try to get into the industry,” he told the CONTACT in a recent telephone interview.
“I think media houses are realizing more and more that diversity matters and how important it is to have people on the ground where the news is taking place… we have seen that at times (recently in the U.S.) the media can be out of touch with the reality of the situation.”
He says he is encouraged by the fact that in Montreal it’s becoming “normal” to see Black faces presenting the news as reporters and anchors and remembers on one particular night as he anchored CBC 11 PM newscast, Elysia Bryan-Baynes was anchoring Global and Maya Johnson on CTV.
“It was such a special night for us, I jokingly told them: ‘we forgot to take a picture’.”
After leaving Concordia Journalism School, Henry eased himself into the industry the old fashion way by starting on the bottom rung. He wrote a small column in a medical magazine before talking his way into a job at Global.
In 2002 his first big break in television came at Global, but he had to move to Quebec City where he covered the National Assembly for two parliamentary sessions. It was a good learning experience for him.
“This is also where I became familiarized with the courthouse beat, where I reported on several criminal trials and sentencing in Quebec City. I was also a general assignment reporter, and covered the Quebec City, Chaudière-Appalaches and Saguenay-Lac-St-Jean regions.”
In 2005 he was recruited by CBC and dispatched to Windsor where he was a video-journalist, reporter and substitute anchor for radio and television.
He spent seven years there and was involved in several groundbreaking reports, including one on a social worker and plain-clothes police officer team that helps the city’s mentally ill for which he received the Dave Rogers Award for Long Feature in a Medium Market in 2010.
While there he also filled in as a guest reporter at CBC Toronto and on occasion for le Téléjournal Ontario.
However, he says the highlight of his time in Windsor was having the opportunity to cover the funeral of legendary civil rights activist Rosa Parks in Detroit in November 2005.
As a Black journalist in a mostly white milieu, once in a while along the way in his 14-year career, Henry was forced to come to terms with the underbelly of racist attitudes.
Looking back he says much of it came during his stint in Quebec City, mostly because minorities, especially Blacks, were few and far between. So while he was reporting from the courts it was not uncommon for some to ask if he had a lawyer, thinking he had a matter in front of the courts.
He remembered after one particular interview, the person, a professional, immediately went to his colleagues and remarked: “I was just interviewed by the nigger.”
He says he was relieved to find that there were no such issues, at least on the surface in the highly diversified city of Windsor.
Today, as it is for most in the business, as a journalist, Henry took the long way around before getting back into the big market here in Montreal.
He says at this point, he is comfortable with where he is in his career, but he stays busy doing other things that excite him, such as his involvement in a circus school where he trains in aerial straps and silks. He is also a student of yoga and Ju Jtisu.
Sean, who together with his two sisters and brother grew up in a strong family unit, says he is happy to be back home and be there for his mother Pat, who is recovering from a medical setback. Before that she and her husband Francis were a constant presence at community events, especially steelpan and calypso shows. They are also long-standing members of Trinity Memorial Church in NDG.
These days as his career continue to take root in the city, Sean says he is looking forward to getting more involved and sharing some of his many interests with the community.
In the meantime, get him on radio and television: Saturday 1-4 p.m. on CBC Radio One, 6 p.m. on CBC Television, and on Sunday: 4pm on CBC Radio One, 11 p.m. on CBC Television.