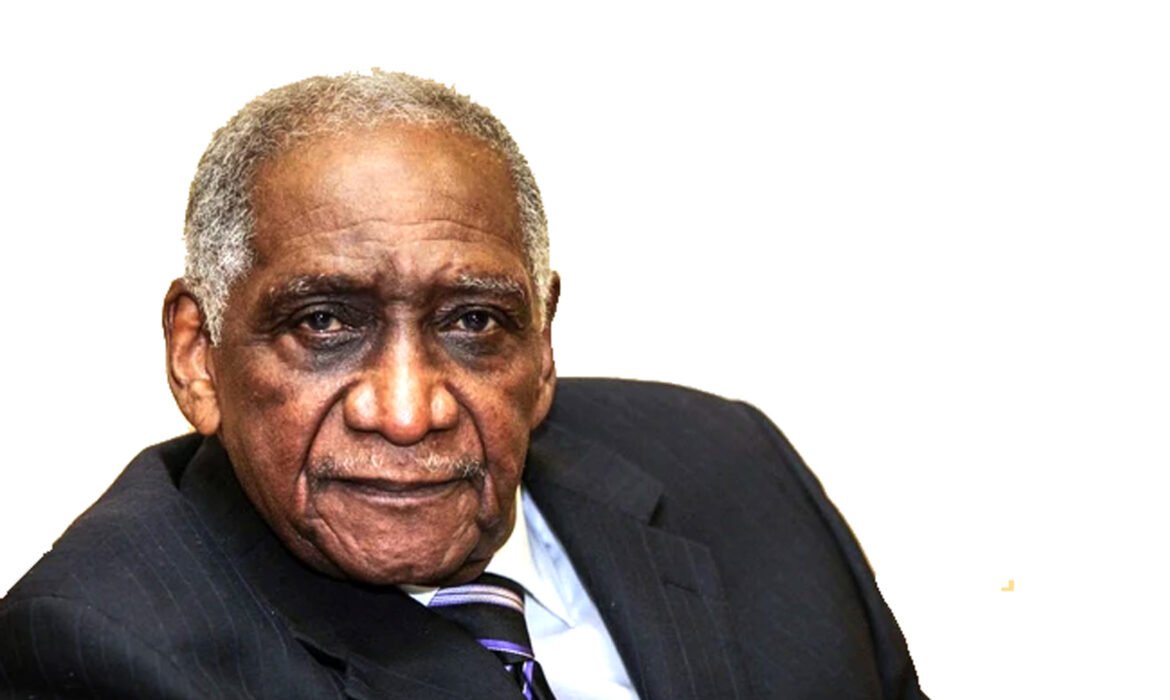 The passing of Noel Alexander, former president of the Jamaica Association, on Friday, September 10, marked a significant
moment of loss for our community, Montreal, the province and indeed all of Canada.
The stalwart, who Montreal Community CONTACT recognized among an illustrious group of community builders in 2016, stamped his name on the landscape of this city as an advocate for youth empowerment and a warrior in the fight for social justice.

For more than three decades, he used the Jamaican Association of Montreal as a vehicle of change in a community that has been stunted by governmental neglect as well as other issues of marginalization.

At the helm of the long-standing organization, which he assumed in 1980, six years after landing here from England to pick up a job as a welder, Alexander pivoted into a path of education, training and community development.
In the mid to late1980s, when the consequences of an accelerated high-school drop-out rate, high unemployment and underemployment among young Black men across Montreal started to manifest in Black-on-Black violence and police brutality, Alexander was the first to raise his voice in concern.
In 1987 he did so, calling on governments and others in authority to take heed of the impending crisis among Black youth in an article carried by the Afro-Can newspaper, then published out of the Negro Community Centre.
And because his call went unheeded, Alexander spent much of the next decade or so wrangling with various levels of government on how best to salvage the lives of a generation of Black youth who were compromised by what we identify today as institutionalized or systemic racism.
His focus at the association and for the community was unwavering as he advocated for increase investment in frontline service to the youth.
When the Jamaican Association, the longest serving island-association in our community, celebrated its 50th anniversary, Alexander talked about shifting the focus to delivering basic education programs that include remedial math, language and computer training for youth and adults.
“The same is true then as it is today… young people need to be given the skills to become contributing members of society,” he was quoted as saying in an article in this newspaper.
Alexander, who earned the respect of politicians, police officials, community leaders and his membership for his no-nonsense approach on issues of social justice, also led the fight against police abuse and the killing of Blacks back in the 1990s and the early 2000s.

His outspoken but reasonable approach allowed for the frank conversations that was needed at a time when trust and respect were in short supply on both sides of the debate.
His was a constant presence at the police station on Cote des Neiges Road as he negotiated with local officers of the incessant complaints of abuse and injustices towards Blacks.
Alexander was also central to many of the discussions around community development in the late 1990s and 2000s and was one of leading negotiators at the Table de Concertation for the English-Speaking Black Community, an initiative put in place by the provincial government.

His tenure as president of the Jamaica Association of Montreal was also marked by his ability to accommodate the diverse desires of his membership young and old, which sometimes called for a heavy hand or a soft touch.
Alexander’s leadership happened over two terms from 1980 to1987 followed by a one-year break when Ms. Iverlyne Flemming took over, then from 1989 to 2016 when he resigned.
It’s highlighted (along with the education and training shifts) by his capacity to maintain and showcase the culture of Jamaica to Montrealers.

So as the jam-sessions and dominoes-nights resounded at the association hall on Jean Talon street, Alexander pushed outwards and launched Jamaica Day, which celebrates its 40th anniversary this year, as a showcase of the music, culinary delights and arts and crafts of his home country.
It became the one of the largest outdoor festivals on the island.
In the close to 40 years Noel Alexander, the man they called Prezzie, has been in Montreal, he established himself as an advocate for change on behalf of Jamaicans and all Black and Caribbean people in Montreal…. as such, he was a force for good.