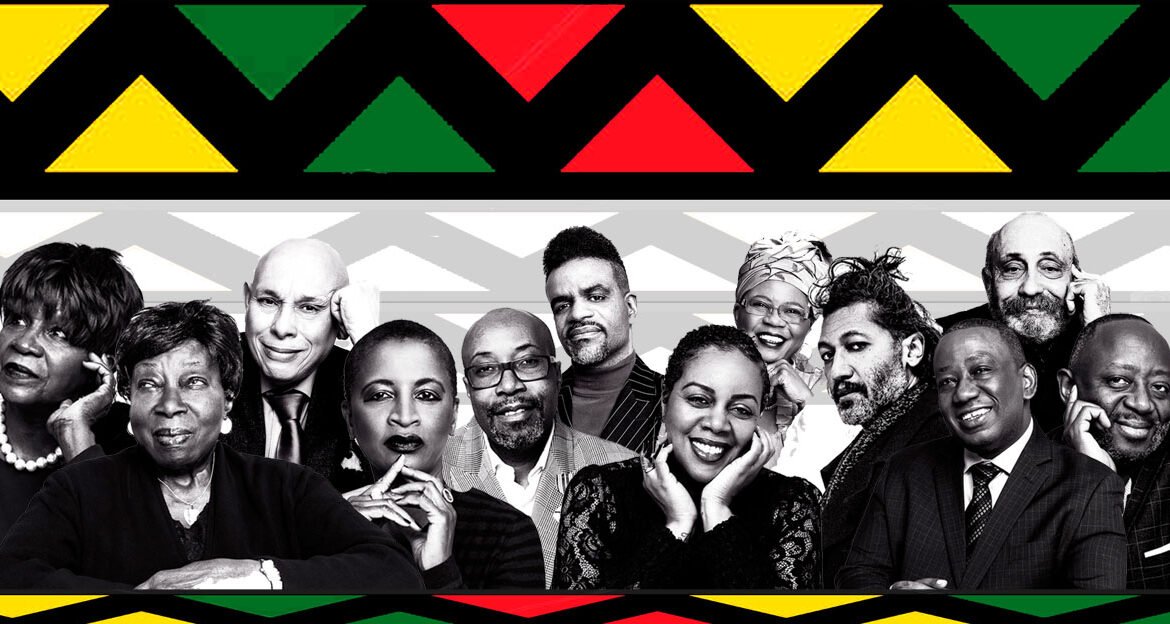 Twelve deserving Montrealers were honored as laureates for this year’s celebration of Black History Month, which was officially launched on Monday February 1, with a virtual ceremony.
The event, organized by the Round Table on Black History Month was as expected, a more muted celebration due to COVID-19 all efforts were invested in paying tribute to those outstanding individuals who have distinguished themselves by their contributions and achievements.
In his featured address, president of the Round Table Michael Farkas urged the community to honor our heritage.
By doing so he states, “we carry—from generation to generation—the legacy of an amazing village, which has stretched across the expanse of history, revealing the extent of our voyages to the four corners of the world.”
And added “to survive, we must give and take, unite and grow, and simply free ourselves. Our collective memory and our renewed values attest to past eras and nourish the seeds of a better future.”
The theme of this year’s celebration is 30 Years Of Success and the 12 laureates are featured in the 2021 Black History Month calendar.
Among those honored are several community workers, as well as artists, educators and media personalities who have been steadfast in their contributions over the years. They include:

* Auvril Edwards, a tireless community worker and advocate who is one of the heavy-lifters at the LaSalle Multicultural Resource Center (LMRC), an out reach organization that helps new comers and other marginalized groups in the area.

* Frantz Voltaire an academic, author and documentary maker. He has two books to his credit, Black Power in Haiti and A Brief History of Blacks in Canada. He directed several award wining documentaries. Voltaire, a former chief of staff for Haitian Prime Minister Robert Malval is also the founder of the Montreal Human Rights Film Festival.

* Kemba Mitchell is chairperson of the West Island Black Community Association (WIBCA), a foundational organization in our community. Mitchell, who holds a B.A. in Human Relations from Concordia University, is an active volunteer with several organization and serves on the Lester B. Pearson School Board Task Force on Equality and Inclusivity.

* Christopher Heron stands as an ambassador for gospel music. For the past three decades he has been at the forefront of promoting the genre as a producing concerts, special events, television shows and on-line platform. He is the founder and driving force behind the Sunday morning signature program, Mind, Soul & Spirit on CKUT 90.3 FM, which he still co-hosts.

* Angelo Cadet is an actor and program host who has worked extensively in television, film, theatre, and communications for over 30 years. Today he continues to define himself as a TV consultant, coach, and artistic director/producer for special events. He is a professor of TV journalism at Conservatoire LaSalle. Cadet, a recipient of the prestigious Charles Biddle Award is also a committed volunteer and advocate of social and community development.

* Claude Dauphin is a musicologist and professor emeritus at Université du Québec à Montréal. A prolific author of several books and over 100 scientific articles on 18th-century European music Dauphin is the founder of the Société de recherche et de diffusion de la musique haïtienne (SRDMH). He is a recognized researcher on classical music and publisher of an important study on the emergence of identity markers in Haitian art music: Histoire du style musical d’Haïti.

* Dominique Fontaine is an exhibition curator and consultant in contemporary art and arts management with an extended list of accomplishments and involvements on the international art landscape.
Her work as a curator-consultant has taken centre stage at the Royal Ontario Museum and has taken her from Toronto, to New York and the Caribbean. Dominique holds a degree in arts administration and visual arts from the University of Ottawa and completed graduate studies in exhibition design and organization at the De Appel arts centre in Amsterdam, The Netherlands. She is one of the initiators of the Black Curators Forum.

* Guy Mushagalusa Chigoho
Guy Mushagalusa Chigoho is the general director and founder of the Afromuseum, Espace Mushagalusa, an art gallery and space that is open to diverse voices.
He sees himself as a passionate collector of African art is convinced that art is a powerful means for educating people, bringing them together, and raising awareness of social issues.
Since 2014, Guy Mushagalusa Chigoho has been involved in more than 75 exhibitions, shows, literary evenings, conferences and workshops.

* Henri-Robert Durandisse is a social entrepreneur and educator.
As director of the CHAIS Ressource-Famille organization, a position he held since 1992, and as school commissioner from 2014 to 2020, Durandisse stays true to his commitment to development through education. He is also a founding member of the Fonds 1804 pour la persévérance scolaire, was chairman of the board of directors of Maison d’Haïti from 1999 to 2009, and is the vice-president of Radio Centre-Ville, where he hosts two educational shows.

* Vera Barrington has earned her distinction for her extended service and dedication as a nurse, a profession she entered during her formative years in her native Guyana birth and then in the U.K., before immigrating to Canada. She served as a nurse at the Royal Victoria Hospital more than 30 years in Montreal. Then devoted her time as a community volunteer. She has been a member of the Council for Black Aging Community of Montreal and the Congress of Black Women. Her involvement dates back more than four decades.

* Wilson Sanon has devoted his life to assisting children and families in the fight against sickle cell anemia, a chronic blood disease that disproportionately affects people of African descent.
Driven by a family tragedy, Sanon created the Sickle Cell Anemia Association of Quebec in 1999 and has served as its CEO since. He is also a former member of the board of directors of Héma-Québec and Quebec’s hemovigilance organization. In 2007, he was the driving force behind the first Canadian symposium on sickle cell anemia. In 2015, he put in place a massage therapy program for children hospitalized with sickle cell anemia, which was implemented in Montreal pediatric centres. In 2017, the Right Honorable Julie Payette awarded him a Meritorious Service Medal. In 2018, he won the Gala Dynastie prize for philanthropy and was named a Knight of the National Order of Quebec. The year 2016 marked the official launch of the neonatal blood-screening program for sickle cell anemia among all of Quebec’s newborns.

* Régine Alende Tshombokongo founded the Centre d’encadrement pour jeunes femmes immigrantes in 1998, is a tireless advocate for immigrant women in Quebec.
Her involvement started not long after immigrating to Canada in 1997 after recognizing glaring needs in a group that was underserved.
She served as an advocate for the Ministry of Culture, Communications and the Status of Women’s Placer l’égalité au cœur de la diversité program. Ms. Tshombokongo has a master’s degree in cognitive linguistics from Université Laval and a master’s degree in literature from the National University of Zaire. She has also received numerous awards, including the Governor General’s Award in Commemoration of the Persons Case, the Medal of the National Assembly of Quebec, the Queen Elizabeth II Diamond Jubilee Medal, the Government of Quebec’s Prix Égalité, and the Meritas award from the RQuODE.
The Black History Month 2021 calendar can be accessed at https://moishistoiredesnoirs.com/en/