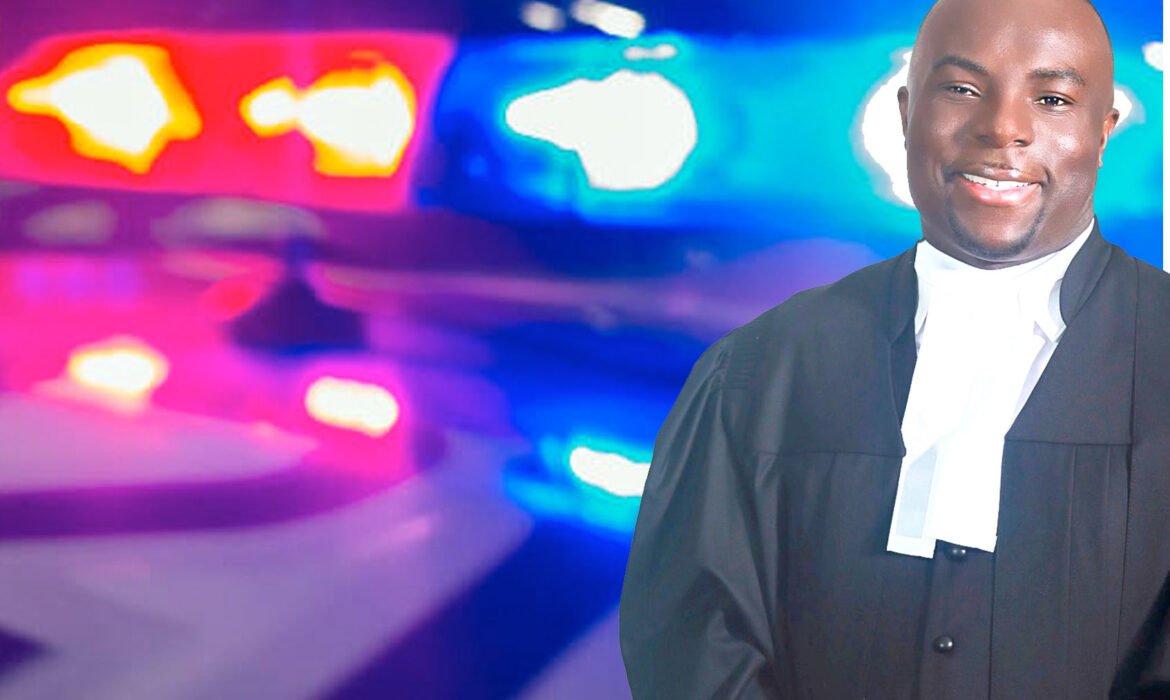 About two years ago, Kwadwo Yeboah was at a west island restaurant enjoying a meal with a group of about six friends, when police officers entered the establishment and proceeded straight to their table demanding identification from each of them.
They were all young Black people.

“I refused to show them my ID and asked were they targeting us. They said criminals are known to frequent the restaurant. I asked them if criminals are not allowed to eat.
They left and we all went home and didn’t do anything about that interaction. I told my wife and some friends and forgot about it. Today I regret not challenging those officers and making a report to the Human Rights Commission.”

Yeboah, who obtained his law degree (LLB) Université du Québec à Montréal in 2019, (JD) Université de Sherbrooke in 2020, and is a member of the Barreau de Québec is convinced that one of the ways to push back against repeated instances of police abusive behavior towards Blacks is for our community to adopt a strategy of reporting every abusive act.

“Every time we think that our rights are being violated, every time the police do something to us that we know is not right, we have to make a report or deliver a complaint,” he told the CONTACT recently.

“We must use the mechanisms that are in place, such as the Police Ethics Commissioner and the Human Rights Commission not only to try to (assert) our rights but also to bring attention to the injustices,” he says. “For too long our tendency has been to walk away and just accept the abusive behavior of the police.”

Yeboah is certain that if enough complaints are lodged, it would put pressure on investigators to sound the alarm bells.

“At some point, they will have to respond to what the Black community has been saying for so long.”

The Laval based attorney who is fluent in French, English and his native Twi is noted for his community involvement.
He says he is fueled by his continued passion to advocate on behalf of others and founded his law firm, KDY Legal as a way “to ensure access to justice for all.”

Sadly on Thursday, January 27, Yeboah again found himself being victimized by the police.
He was in Montreal to meet his 15-year-old daughter when they decided to stop in Chinatown to pick up supper. On the way, they were pulled over by the police.
“The disrespect started from the first question,” the Laval based lawyer says.
“Where are you going…? Whose car is this…?”
He was driving his wife’s late model Mercedes Benz.
Yeboah says he gave the officers his license, as instructed but couldn’t find his insurance. The officer told him to search for it on his phone for it.
He did and when he found the document, he stepped out of his car to show it to the officer.

“I took one step and the officer grabbed my hands and twisted it behind my back causing my phone to drop and told me ‘you’re under arrest for giving me a fake license.’

My daughter got out of the car and asked what was going on. They shouted for her to get back into the car, telling her that she will be in trouble. I shouted to told her to record.”
Confused the girl went back into the car, started crying, and called her mom.
Yeboah, who was handcuffed and placed in the police vehicle, saw the officers scrolling through his phone.
“I told them that I was a lawyer and that they were violating attorney-client privileges. They laughed and started pulling my cards out of my wallet.”

Yeboah says that they might have seen his bar association card, which might have, convince them that he was indeed a lawyer.

“One of the officers came to me and said if I’m not too mad, he will remove the handcuff. I asked him if he didn’t think I had enough reasons to be angry. He told me that I was too aggressive when I came out of my car. I told him that it was not the truth.”

The officer handed him a ticket for having the cell phone in his hands.

“And not one word about that fake license that I was supposed to have given him. Not one mention of it. In fact, he took the information from the license and wrote the ticket.”

Yeboah says he has started to file his complaint.

“This type of harassment of Blacks has been going on for too long. I’ve been seeing police abuse for almost all my life in Quebec,” he reasoned.
The police is a very intimidating force but we have to find a way to have them respect our rights as citizens, if not, more innocent citizens are going to be hurt or even killed.”

He says he could have been hurt in front of his daughter on that Thursday night if he didn’t remain calm and collected.
He’s encouraged by the recent push to outfit officers with bodycams but suggests that they have to be accompanied by strong legislations and directives to ensure that they are used effectively.
If that doesn’t work out, then it might be up to us as a community to equip ourselves with dashboard cameras in our vehicles to have at our disposal to monitor our interactions with the police.
But for now, Yeboah maintains that we as a community have to remain vigilant and report every act of abuse and injustice we suffer at the hands of errant officers.
If only, he says, he had done something that evening at the west island restaurant when he and his Black friends were unjustly targeted.