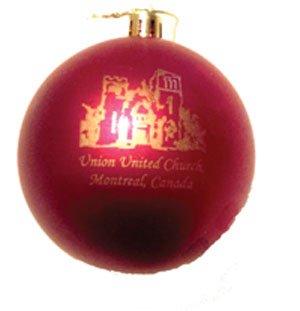 The road home for the congregation of Union United Church is still long and winding because of the exorbitant cost attached to their original place of worship at 3007 Delisle.
After four years at the Rosedale United Church in Notre Dame de Grace, the decision has been made to return to the building that has housed the church for more than 75 years.
However, the structure is 115 years old and it has been in dire need of repairs.
According to a spokesperson for the church, those repairs are expected to be carried out in two phases, with Phase One (which must be completed before the return) estimated at $1.6 million.
But with just over $1 million raised in the Capital Campaign, the congregation is faced with a new urgency to find the additional $½ million needed to facilitate the much anticipated move back home.
The Congregation of Union United Church has a financial lifeline in a $460,000 line of credit from the Montreal Presbytery. But it comes with a hefty 6% interest.
So as they kick-off the second phase of its $1.6 million fundraising campaign, the call goes out from the congregation to the community to lend a hand.
On December 12, the Church launches a social media drive, targeting Canadians of all backgrounds to contribute to its effort

s to revitalize the storied building. Two highly capable young members of the congregation, Peter Flegel and Jonathan Emile, will spearhead the campaign.
Campaign organizers plan to leverage Facebook, Twitter and other virtual platforms, as well as more traditional media avenues, to inspire a second round of giving during the holiday season and well beyond.
Another holiday initiative is the sale of greeting cards and a special Christmas tree ornament with a watermark of Union United church building as it stands at 3007 Delisle.
The cards, made from a portrait of a quilt that tells the story of the Underground Railroad, are also of symbolic relevance to the church.
The quilt, described as a ‘labor of love’, was put together by members of the Emmanuel United Church in Cowansville, each square depicting a code for the escape North. It was donated to Union United this past April.
The congregation is also putting out a direct appeal to businesses and individuals to donate building material such as plywood, gyproc, tiles or paint, all of which will help in the rebuilding.
Call (514) 932-8731 or (514) 233-3589.