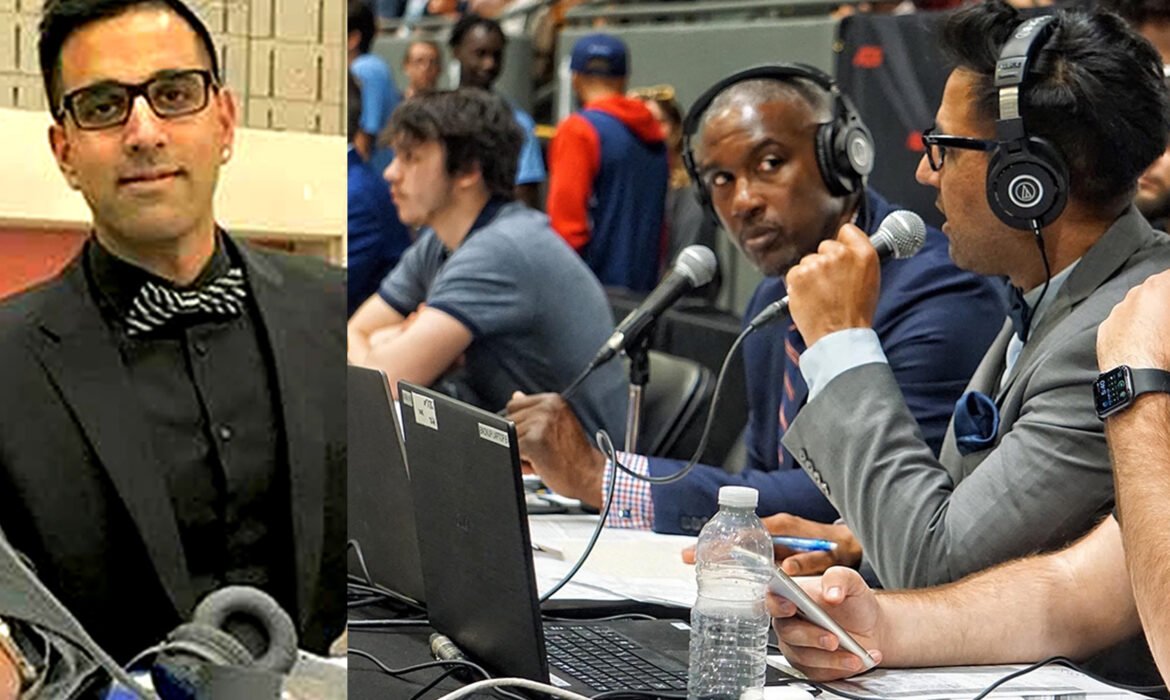 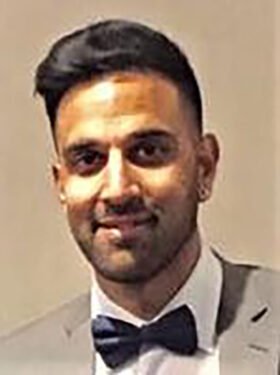 Professional basketball has hit Montreal with a bang with fans across the city welcoming their team the Montreal Alliance with fervor.
And sold-out crowds at the Verdun Auditorium were well rewarded with victories in their first two home games. On Sunday, May 29, the Alliance staged a comeback against Scarborough’s Shooting Stars with a 80 to 70 win and on Tuesday 31,beating the Ottawa BlackJacks 86-80.
Montrealer Moe Khan is the lead announcer and play-by-play man for the games that are being broadcasted on Montreal’s leading English language sports radio station TSN 690 AM.
He sits in a privileged position not only to amplify the Alliance’s efforts on the court but to guage the potential impact of the team on the landscape of professional sports in Montreal.
So far, he is excited about what he sees from the Alliance.

“It’s a fun team to watch,” he told the CONTACT in a recent interview. “More than that I think 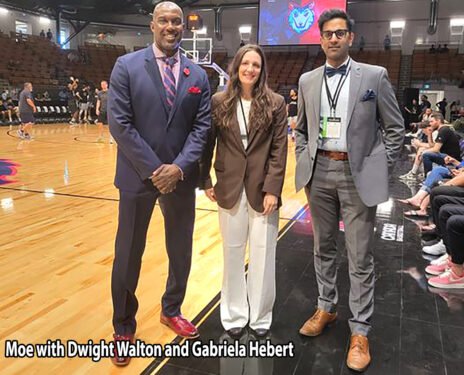 they represent the blue-collar mentality of Montreal.”
As such, Khan thinks that the Alliance, which became on the latest additions to the Canadian Elite Basketball League “has the potential to become part of the fabric of the city.”
As the team’s play-by-play man, he has his own reasons to be appreciative of professional basketball taking hold in Montreal.

“ I’m really lucky that the Montreal Alliance recognized my talent as a play-by-play voice. In a lot of ways, I’m indebted to these guys for giving me a chance of being the voice of basketball for the city of Montreal and of Canada. So, there is this pride moment when these guys opened doors for me… I’ll do the same thing for the next generation of minority journalists male or female.”

Born in Côte St-Luc, Moe’s interest in sports came early in his life, playing football throughout his youth. He studied at Dawson in Creative Arts, an avenue he ultimately veered away from while at Concordia University, where he majored in Urban Studies.
Eventually his love for broadcasting drew him to a school where he learned the fundamentals of the business.
He admits that it has been a challenge breaking into the highly competitive industry. Over the years, Moe took on numerous gigs as a sideline reporter, behind-the-scenes correspondent, and also spent some time at CTV Montreal.
He has produced and called various local games and events ranging from basketball, football, volleyball, soccer, hockey, and lacrosse.
He eventually landed a position at TSN as varsity and national sports announcer,
Moe’s Indian heritage added to the challenges of establishing himself as a sports reporter in the city.
Having to prove himself was a task he considered tougher than most when climbing up the ladder, especially early in his career.

“I’ll be transparent it’s not easy. My models in this industry have been people of minority backgrounds. People like Duane Forde, Charles Davis, you know guys that have fought for me. I’m not saying there’s something held against me, but sometimes you work hard, and you feel like you’re not being recognized.”

However he acknowledges that to become a play-by-play caller takes time and it’s important to hone your skills.
And being consistent remains a crucial aspect entering any event he covers.
He borrows his preparation tactics for every game from TNT and CBS announcer Ian Eagle, someone he looks up to in the business.

“I read a Sports Illustrated article from Ian Eagle. Essentially what Ian Eagle does is he takes a file folder, and he writes down all his game notes and stats on the file folder and that’s all he brings to the broadcast.
And I was like ‘that’s ingenious’, so for the last eight or nine years that’s what I do, file folder 2-3 pages long on both sides and depth charts.”
His preparation also involves the old “wine bottle cork” technique, a training method that enhances annunciation by putting a cork between his teeth and reading aloud.
When asked what was his “welcome to the big leagues moment” Moe recalls one of his mentors David Amber (anchor/reporter for Sportsnet, NHL Network, and ESPN) telling him, “Moe when you present your stuff it has to be the best…cutting edge!”
Moe also credits Duane Forde for breaking the ice in TV.
Looking back at the Alliance’s first home game… it was one to remember for Moe.
He describes the excitement of the fans as motivation for the team, helping to amp up the pace on the court.
In the first half Scarborough took control of the interior by outrebounding the Alliance and being a menace in the paint.
Halftime provided the Alliance with new life as the team rallied back to win it with the help of Dominic Green, who led all players with 36 points.
The game also featured an appearance by platinum-selling rapper 37-year-old J-Cole, who signed with the Shooting Stars making him the first notable rapper since No Limit Records founder Master P (who in 1999, briefly played for the Charlotte Hornets and Toronto Raptors) to be signed to a pro-ball team.

“He brought a lot of interest, of course. People were asking me for tickets to the game, but you know…it was already sold out.
Unfortunately for him he only played like two or three minutes and didn’t have much of a role given the circumstances of the game. For the league it brings more eyeballs because it’s J-Cole and I think it helps from that marketing perspective but I don’t know what he’ll do for Scarborough… if he’ll have more of an influence on that roster as a role player.”

In that first home game the Alliance were outstanding in front of their fans as Moe puts it,

“They’re dogs out there. They’re the fabric of this generation of basketball in Montreal.”

He’s particular excited about two local players, Hernst LaRoche (co-captain of the team) and Alain Louis both of whom he describes as “masterful and spark plugs” on the court.
TSN 690 will broadcast about 18 games in a partnership with the Alliance. Moe is joined on the broadcast team by commentator and former Canadian National team member Dwight Walton and former McGill women’s basketball player Gabriela Hebert.