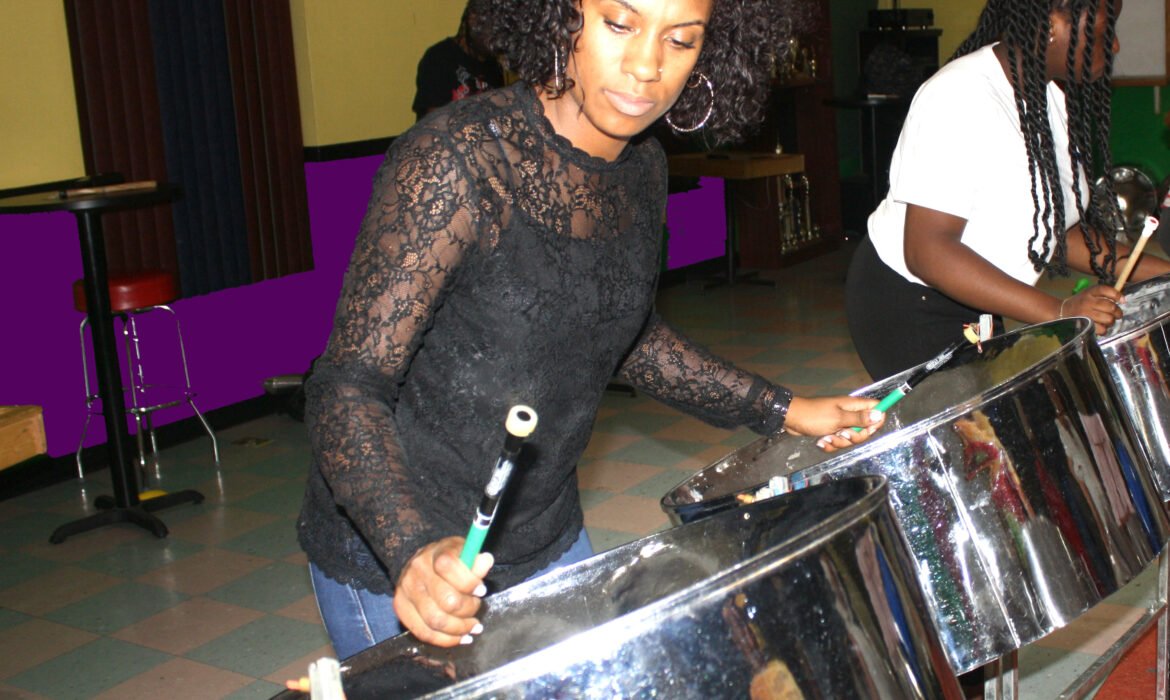 It’s not by chance that Fatima Wilson stands as the leading woman of steelpan music in Quebec.
Thirty-one years ago, she came into the world, surrounded by the sound of the instrument, and as the child of iconic ‘pan-man’ Salah Wilson, she and her five siblings were immersed in it for all their lives.

Today, with her father now based in Toronto, not only is Fatima one of the leading proponents of the steelband in the city, she is also a highly capable musical arranger, teacher, and of late an in-demand soloist.
She was barely able to walk when she cut her teeth as a member of the household group Salah and Family Steelpan Workshop, and later the Salah Steelpan Academy, which climbed to national acclaim by winning multiple Canadian steelband titles at the Toronto Panorama competitions.
Over the years she has become proficient in all of the instruments in the band. She actually started her formal music training at Lindsay Place High School, under the direction of George Doxas playing the tenor saxophone.
At 17-years-old, she started teaching music theory at EMSB schools across the city and enrolled at McGill Music Conservatory (night school).
In 2014, while still a foundation member of the family group, Fatima started teaching three levels of students from elementary to seniors at the Cote des Neiges Black Community Association, the highlight of which was a performance with her teen group on stage with acclaimed Quebec musician, Gregory Charles.
Today, Fatima, a mother of three young children, is still a highly respected teacher/instructor at several EMSB schools, tutoring dozens of students in the fine art of playing steelpan, and in music theory at institutions including Marymount Academy and Coronation Elementary School.
She is also managing her newly-launched solo performance career and her Hands of Steel Entertainment company, both of which have her on the performance circuit around the city regularly.
On Sunday, December 15, Montrealers will have an opportunity to appreciate Fatima’s music and her spectacular skills on the steelpan at the 2nd Annual “Classics On Steel” Christmas concert, which will be held at Coronation Elementary, 4810 Van Horne in Cote des Neiges.
The event promises to be an afternoon of entertainment with performances by Coronation Elementary Steelband, Marymount Academy Steelband, Special Connections and much more.
Advance tickets $5 students/seniors $12/$18 adults. More information, contact Fatima Wilson 514-655-6239. Desiree Tucker 514-792-4542. 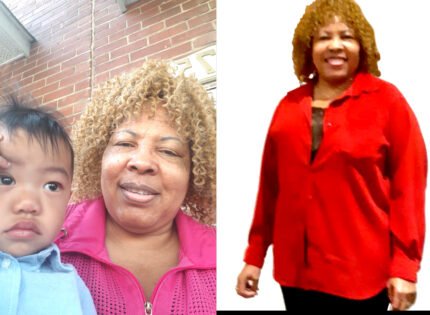