Boxers know exactly what they signed up for 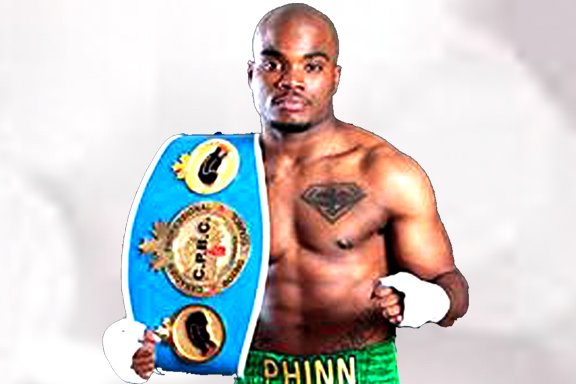 Boxers in Montreal are united in their support for Adonis Stevenson, who up to press time remained in an induced coma after being knocked out by Ukraine’s Oleksandr Gvozdyk in their light-heavyweight title fight at the Videotron Arena in Quebec City, on Saturday, December 1.
The 41-year-old Montreal-based fighter who snatched the title from Chad Dawson in 2013 was well ahead on the score cards of two of the judges and tied on the third when the Ukrainian boxer over-powered him with several unanswered punches.
He was taken out of the arena by an ambulance when he collapsed after his shower. He is said to be in stable but serious condition at Quebec’s Hôpital de l’Enfant-Jésus, which specializes in neurosurgery and head trauma.
Shakeel Phinn, the reigning Canadian Middleweight champion, fought on the Stevenson-Gvozdyk under card, for the IBF super middleweight title against Dario Bredicean.
Their bout was called a draw because two judges had them tied while the third scored it for Phinn.
Following the fight, Phinn took in the Stevenson fight from one of the VIP sections of the Arena with some of the other boxers on the

card and says he didn’t notice anything unusual, even though at the end the Montreal fighter took a lot of open punches.
He says his heart goes out to Stevenson, whom he describes as a friendly and engaging guy.
“Sad to say, but what happened to him can happen to any of us because that’s the nature of the sport. You can’t really tell the type of injury that a boxer will face…”
“Boxing comes with a lot of risks, but it’s what we sign up for. We have to take the good with the bad.”
Phinn, known as The Jamaican Juggernaut, has first-hand experience of what can go wrong in the ring. In April 2016, in one the earlier fights of his career, he scored a knock out victory over Mexican fighter Guillermo Herrera Campos who had to be hospitalized in Toronto for about a month after the fight.
Herrera-Campos has since stopped boxing and is said to be still partially incapacitated.
Phinn says he still feels bad about the outcome of that bout because it’s never the intention of any boxer to hurt another boxer to that extent.
He said most professional boxers are in it to reap some of the rewards that come with success.
“We all want to feed our families,” he says. “And many have been able to enjoy a good life because of boxing.”
Phinn dismisses calls to ban boxing, pointing to the litany of injuries that afflict athletes in other contact sports such as football and hockey.
“We have situations where many of these guys are suffering massive brain damage and can’t even do basic things for themselves, like going to the bathroom. But like boxers it’s what they sign up for.”
So he says, if we’re going to ban boxing because of an unfortunate injury to a boxer, we have to think about banning all contact sports.”
Phinn says since turning pro in 2015, he has been working extra hard to be in good condition and be prepared for every fight and to protect himself from injuries.
And that means getting up at the break of dawn almost every day of the week to do strength training, working on boxing strategies and then conditioning physically and mentally by running, swimming or yoga training.
Less than a year after he turned pro, Phinn copped the Canadian Super Middleweight title in February and has successfully defended it on several occasions.
He says now more than ever he is driven by the challenge of boxing and is looking to claiming the IBF title to get into the Top 10 ranking to position himself for a world title fight.
Phinn looks back on what has been a very good year having won three of his four fights with two stoppages, one decision and one draw.
“I really thought that I won this last fight. (Bredicean) is a really good fighter and undefeated so far, but I know that I was the better fighter on Saturday.”
Phinn, whose record is 19-2-1 says he remains undeterred by the setback because he will soon claim the IBF belt.
“I’m one hundred percent motivated because I have the support of my family, community and a lot of Montrealers. So I know what I’m fighting for.”