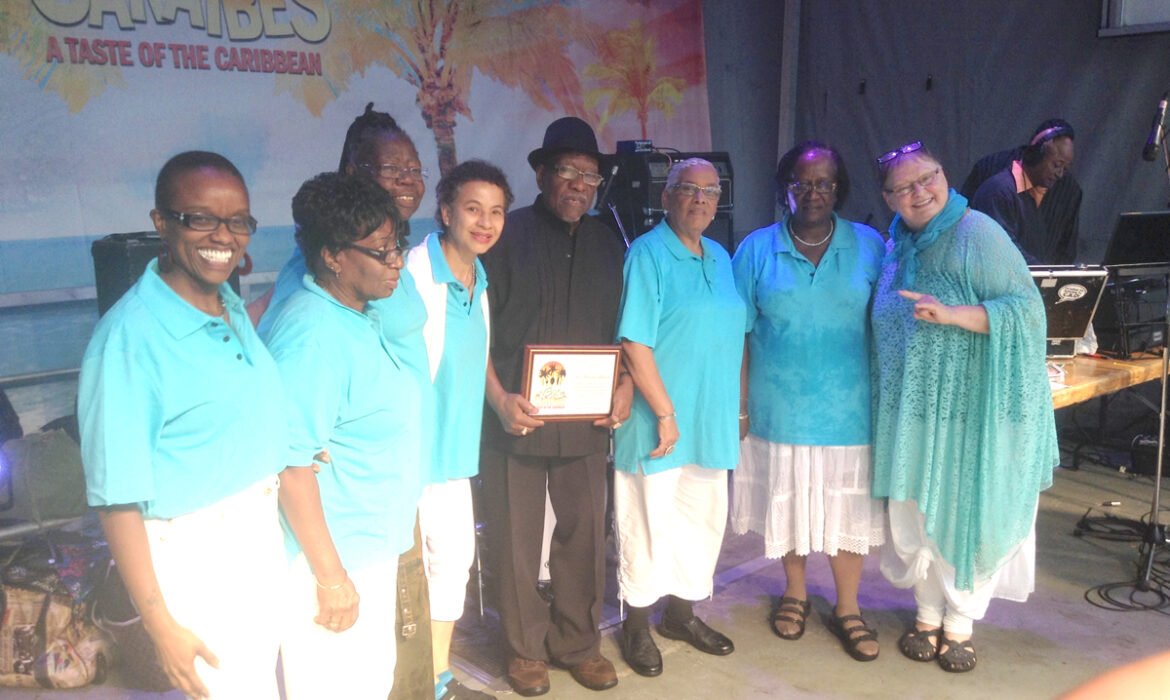 Much of the music that colors our community today… the soca, dancehall, calypso, reggae, R&B, highlife and Zouk were built on a foundation laid down by musicians such as Martin Albino, whose talent allowed him to sample different genres and keep people entertained.
Now, after almost 40 years in Montreal, Albino continues to keep a deft hand on local music scene, still accompanying performers coming out of the Caribbean, still playing regular gigs (he spent more than 19 years playing weekends at La Tevere Lounge) and still teaching youth and seniors the art of steelpan music.
On Sunday, June 28, he was awarded the TOTC Lifetime Achievement Award by the   organizers of the annual Taste of The Caribbean festival, at the Old Port of Montreal, for his enduring contributions to the musical culture of our community and in extension Montreal.
Albino arrived here in 1970, already somewhat of a musical legend in his native Trinidad and Tobago, where he was a acclaimed arranger for several leading steelbands and other music groups.
In fact, he was still a teenager when his arrangement of timeless classics such as Stardust, Dama Antanona and Elizabethan Serenade led the Savoys Steel Orchestra to prominence in T&T.
In the heyday of Caribbean music in Montreal, Martin’s exceptional skills as an arranger and talent on piano, drums, steelpan and other instruments made him the go to guy to provide background music for performers coming here.
He also played with Coral Islanders and was the leader of Body Heat, which for years was the resident band at a popular downtown lounge.
Over the past several years, a cross section of Montrealers, youth and senior citizens, benefited from Albino’s musical abilities through his music and steelpan programs that he conducted at various community centres across Montreal before basing them in LaSalle.
The two groups that have evolved from those programs, The Savoys and Golden Stars, have become favorites at events across the community.
As recipient of the TOTC Lifetime Achievement Award, Albino joins the Mighty Sparrow and Calypso Rose.