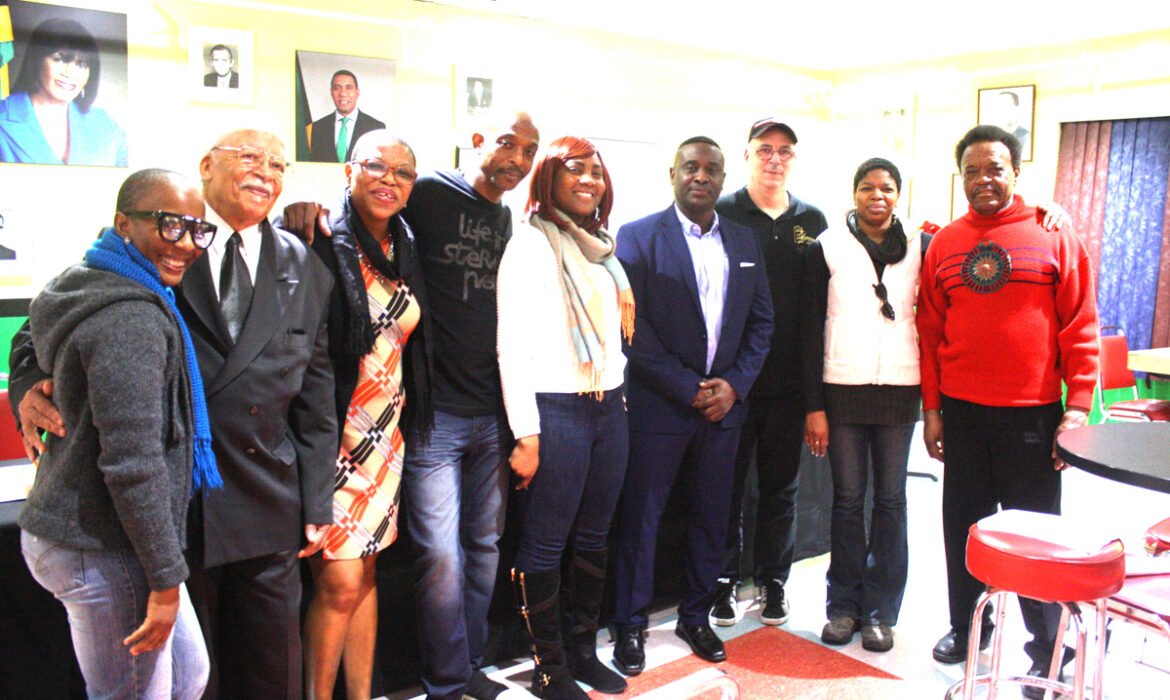 Mark Henry, renowned for his powerful voice in the city’s faith and Gospel music community, and as a mentor to displaced youth replaces Michael Smith as president of the Jamaica Association of Montreal, which held its Annual General Meeting and elections of officers on Saturday, December 14.
In his transition speech, Smith says he’s walking away because of the time imposition on his life.
“I’m going to look after me for now,” he told the AGM.
Henry was acclaimed to the position.
Sharon Nelson, who as secretary over the past four years has been a driving force in heightening the profile and outreach capacity of the association, will now serve as 1st vice-president and will continue to head the Women Auxiliary arm of the organization.
Conrad Barnes, who of late has been increasingly active in the association, also ran for the position.
As well, long-standing entrepreneur Alexander Townsend takes over as 2nd vice-president and assumes the responsibility of chairing the social committee. He had to beat back a strong challenge by another past-board member, Melaine Campbell.
Shelley Morgan, a former professor at the University of the West Indies takes over the portfolio of secretary. She says she has big plans to boost the delivery of service to the aging community of the association and beyond.
Four members were also chosen to serve as directors on the board. They include Keisha Wilson, Carlene Clarke, Uton Lynch and Brian Kotler.
Founded in 1962, The Jamaica Association of Montreal is one of longest serving island organizations in our community.
Over the decades, it has been at the forefront in efforts to mobilize and empower Black youth that have been marginalized by the crippling impact of racism and discrimination, offering educational, job training and re-insertion programs to assist high school dropouts and others get back on a path to viability.
Today, the association continues to deliver adult basic educational programs as well as tutorials for elementary and high school students.
It also runs highly successful support programs for young mothers and pregnant women as a food bank that delivers tons of food to needy families across the city.
The association has also become a cultural refuge for Jamaican music and cuisine and other form culture is promoted. Its annual Jamaica Day Celebrations is one of the longest running outdoor festivals in Montreal and continues to draw tens of thousands.
Henry and his new executive committee promised the membership to continue to build on the gains that have been made in the past.