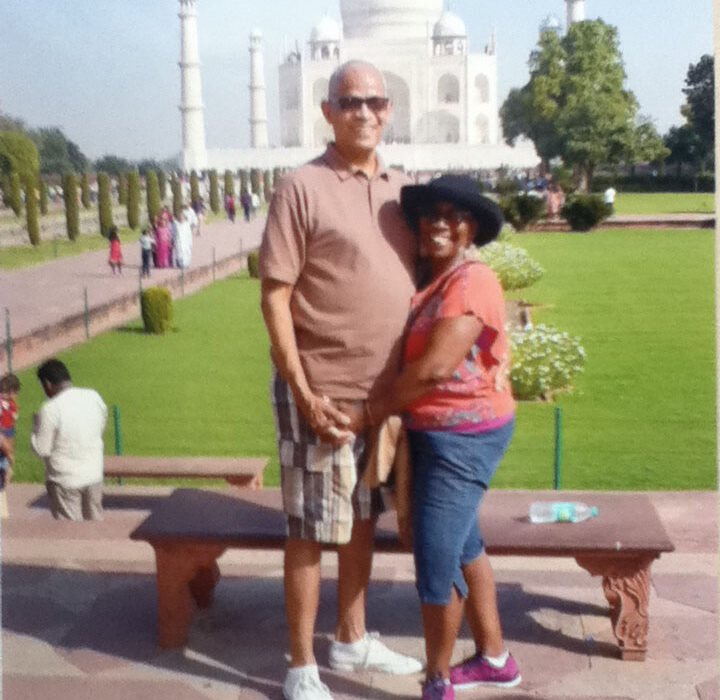 A recent visit to India has left me with the impression that India is a fascinating country with an equally fascinating history. This, despite questions from folks prior to my visit as to why I would want to visit India.
Because of the size of the country my visit was limited to the Northern cities of New Delhi, Agra and Jaipur. Nonetheless, I was able to witness the enormous wealth of the country, especially the Mughal Empire and the legacy that they left.
The Red Fort in New Delhi is a huge complex built in 1648 mostly with red sandstone and containing at least six marble palaces, apartments, various halls, fountains, gardens and prayer rooms. Most significant, as with the other sites I visited, was the condition of the structures and the intricacy of the architecture of more than 300 years ago when the technology was not that which we have today.
The Red Fort is located in the centre of Delhi and was the ceremonial and political centre of the Mughal government, as well as the residence of the Mughal Emperor of India for nearly 200 years.
The Fatephur Sikri near Agra was equally impressive. Built also with red sandstone and impressive architecture, the complex is approximately three kilometres in length and one kilometer wide and contains royal palaces, independent pavilions, harem courts, a mosque, private quarters and other utility buildings. Sadly, it was abandoned shortly after its completion in 1585 due to the scarcity of water.
Another impressive complex was the Amber Fort near Jaipur which is located on a hill and which we had to access on the back of an elephant. It is built of red sandstone and marble and sits on four levels containing a hall of public audience, a hall of private audience, and the mirror palace (Sheesh Mahal) which was the residence of the Rajput Maharajas and their families.
The jewel in the crown (for me), however, was the Taj Mahal. This structure was commissioned by the Mughal Emperor, Shah Jahan, in 1632 to house the tomb of his favorite wife Mumtaz Mahal. The structure is made    of marble inlaid with sophisticated designs, which took some 22 years and more than 20,000 artisans to complete.
Almost four hundred years later it is nothing short of stunning. And once again, it is difficult to imagine how these artisans could have done the work that they did without the benefit of sophisticated technology.
Other places of interest that I visited were the Mahatma Gandhi Memorial, the India Gate, the Birla Temple (Delhi), Parliament House, the Water Palace and the walled and planned Pink City in Jaipur.
I have to say, however, that the cows roaming everywhere in India were the happiest that I have seen anywhere, knowing full well that they will not become hamburgers, steaks, stew beef or ox tail because of religious restrictions.
And, needless to say, I enjoyed my fair share of tasty dahl, curry, and Nan bread, because the roti and paratha was fried, not what I am accustomed to.
The history of the Indian sub-continent has also been influenced by the rape by the colonial powers, beginning with the Portuguese in 1498, followed by the Dutch, the French and finally the British, who were forced to grant Independence to India in 1947 with the rise in Indian nationalism led by Mahatma Gandhi.
Modern economic historians have blamed the colonial rule for the demise of the Indian economy, when India changed from being an exporter of processed goods to being an exporter of raw materials and a buyer of manufactured goods.
India has also had to deal with tensions between Hindus and Muslims, which led to the partition of India and Pakistan. Nonetheless, the economy of India is today the seventh largest in the world (by nominal GDP) and is one of the G-20 major economies with an average growth rate of 7% for the last two decades. India became the fastest growing major economy from the last quarter of 2014, replacing the People’s Republic of China. The Indian economy has the potential to become the world’s 3rd largest economy by the next decade and one of the largest economies by mid-century.
Additionally, India is home to the third largest pool of billionaires in the world and the fourth largest number of ultra-high-net-worth households that have more than 100 million dollars.
And to those folks who questioned why I would want to visit India, my simple answer is why would I not want to visit a country that has such a rich history, a strong culture and one that is a growing world economic power?