Advertise with Us
Home Opinions HIS HOLNESS’ POLITICAL TRAJECTORY

Call him an underdog, a long shot, whatever you like, I’m voting for change. As someone once said to me, “Change is good.”

So in this mayoral contest, after checking the municipal landscape and doing some political soul searching thinking, and reviewing certain issues, I believe listening to and hearing about certain issues I’ll be better off voting for someone who needs and will value my vote, more than other candidates. And I dislike lip service, especially when it comes to politics.
And as some people have told me over the years, “Talk is cheap.” And it’s getting cheaper. In fact it has almost lost its value. And as politics go some votes have more value… are coated in more political talk than value.

So I continue to listen to the three political contestants for the city of Montreal’s mayoral seat I had my mind made up from the get-go, but as the campaign continued I began to lose interest as the contestants began to say the same-old-same-old, for whatever it’s worth. Two contestants are essentially selling the same political products, which I’m tired of buying but never use. So, I did some soul searching and lend my vote to a candidate who wants it more.
Full disclosure, I voted Valerie Plante last election, just because… I believe women politicians need opportunities to show what they have politically. They have the balls, gall whatever to step into the political fray and get the job done.

In this election run I’m again supporting change… The faces looking back at me and the goods they’re selling are not resonating with me. So… I’m out.
Like other interested people, I watched and listened to the English mayoral debate between the three party leaders on local English television and talk radio the evening of Thursday, October 28. Only because there’s added interest this election cycle with the participation of Balarama Holness, the first non-pure laine candidate to participate in the race for the position of mayor of Montreal in the Sunday, November 7 election.

Given Montreal’s growing multi-cultural demographic and international face, Holness believes it’s time for “change you can believe in,” to quote a former politician, to the historic status quo at city hall, and an opportune time in history for the city to have a new, more visible and recognizable face, one that better reflects the city’s new and growing international demographic.
Which is why, while recognizing that French is the ‘lingua franca,’ of Montreal, ‘internationalism’ by virtue of the city’s growing immigrant composition, cosmopolitan flavour and international destination, cannot be ignored. Given that reality it remains one of Mouvement Montreal’s key platform issues as a way of attracting tourism and other sources of revenue to the city.
In post-debate conversations people have been saying as much, ‘talking up’ the city as a growing cosmopolitan destination which could probably do well by borrowing Holness’ Singapore model, a reality not lost on the candidate who has visited various countries and cities over the years as he mentioned in a recent CBC radio interview.

More importantly, his life’s work as a community organizer among other activities in Montreal over the years have afforded him ample opportunities to interact with people from various cultural communities for decades. This should bode well for him as the election campaign grinds down.
For example, I was talking to a young man recently who marvelled at Montreal’s uniqueness of people — immigrants and others and their multiple languages — and how they’re able to function sociably despite the multiple languages been spoken.
He said he was talking to a friend (originally from Bangladesh) downtown). The conversation in English soon switched to French when another friend joined them for a brief conversation in English; they were soon joined by another friend from Tunisia…
And so it went on. Three young people born in different parts of the world, but able to enjoy a friendship and communicate…

Let’s just say they didn’t all speak a similar maternal languages, but were able to communicate in a common language (of friendship) without linguistic drama.
Which one can say is akin to mayoral candidate Balarama Holness’ vision of Montreal and his mental trajectory as he continues his extended political journey without the usual stomping and campaign promising… as multibillion$ political campaigns go.
No national leadership ambitions, nation to create much like the current ‘would be national leader’ espousing political dreams “a la Capitale-Nationale?”
Just embarking on a mental St. Lawrence River trajectory south to Montreal where Holness hopes to do (his) political business just walking distance away at Montreal City Hall if he’s successful on November 7.
At which time he might begin to put his making Montreal a Singapore-like international city plan into action?Where French as well as other international languages will begin to help the city generate increased revenues generated by investment visitors and businesses from
international destinations.

That dream being realized, those many callers to talk radio, as well as well-known political commentators, with their tacit “I’m voting Balarama,” “Balarama did well in the debate,” will begin to see change at Montreal City Hall they can believe.

That’s just my opinion.
And “polls are for dogs” a famous p.m. once stated.
Meanwhile I’m watching the Holness trajectory and voting for change where I believe the value of my vote will be more appreciated. 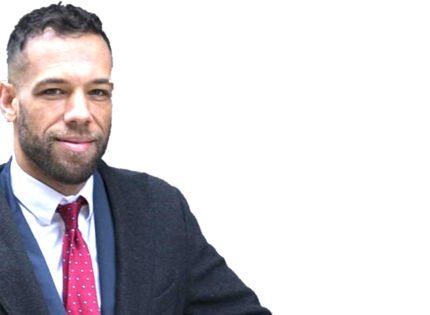 BALARAMA brings his movement team to the provincial elections

DON’T COUNT HIM OUT

BALARAMA brings his movement team to the provincial elections

DON’T COUNT HIM OUT