High Flying Shaylynn Is Number One in Quebec 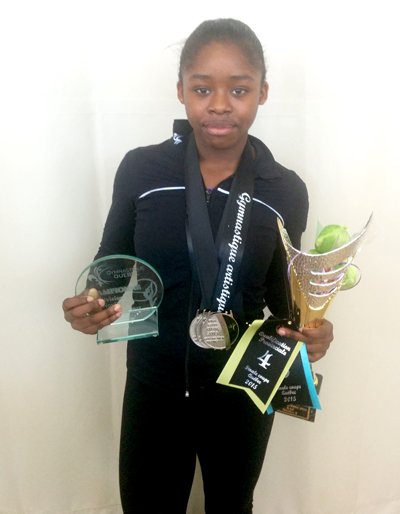 Mark Bentley describes Shaylynn Bentley, his daughter, as relentless in all her pursuits in life.
“She is a take-no-prisoners type of person for everything that she does…
she never quits, never gives up,” is  the way he puts it.
No wonder the 13-year-old (turning 14 on April 11) remains at the top of her games, both on the soccer pitch and as a gymnast.
She started both sports at the age of five and has been on a steady upward trajectory ever since in Gymnastics. This year she finished the Provincial Three Division season ranked Number 1 in Quebec. And won the Coupe de Quebec with the highest points aggregate after the combined tournaments for the year. And snagging three silver medals at the Qualifications for the Provincial Championships on March 28, which earned her a place at the tournaments on April 18 in Chicoutimi. Hopefully she will be among the top four, which will give her an opportunity to represent Quebec at the Canadian Eastern Championships in May.
This year marks a big comeback for Shaylynn who sustained several in juries in 2013, including one that forced her to have a very invasive surgery in her right tibia.
She spent all of 2014 rehabilitating, and at one point considered quitting gymnastics and focusing on soccer because even though she loved the high-flying sport more she felt that she will never be as good as the other girls.
The Grade Two College de Montreal student is a standout player with the NDG Warriors U14 Triple A Team.
Shaylynn even had her parents convinced and it was decided that this season would be her last in gymnastics. However, after her exceptional showing at the March 28 qualifications, she decided that she will “give it one more year.” 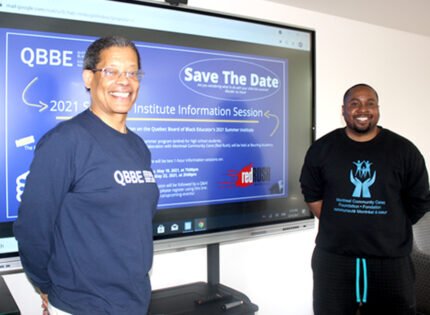