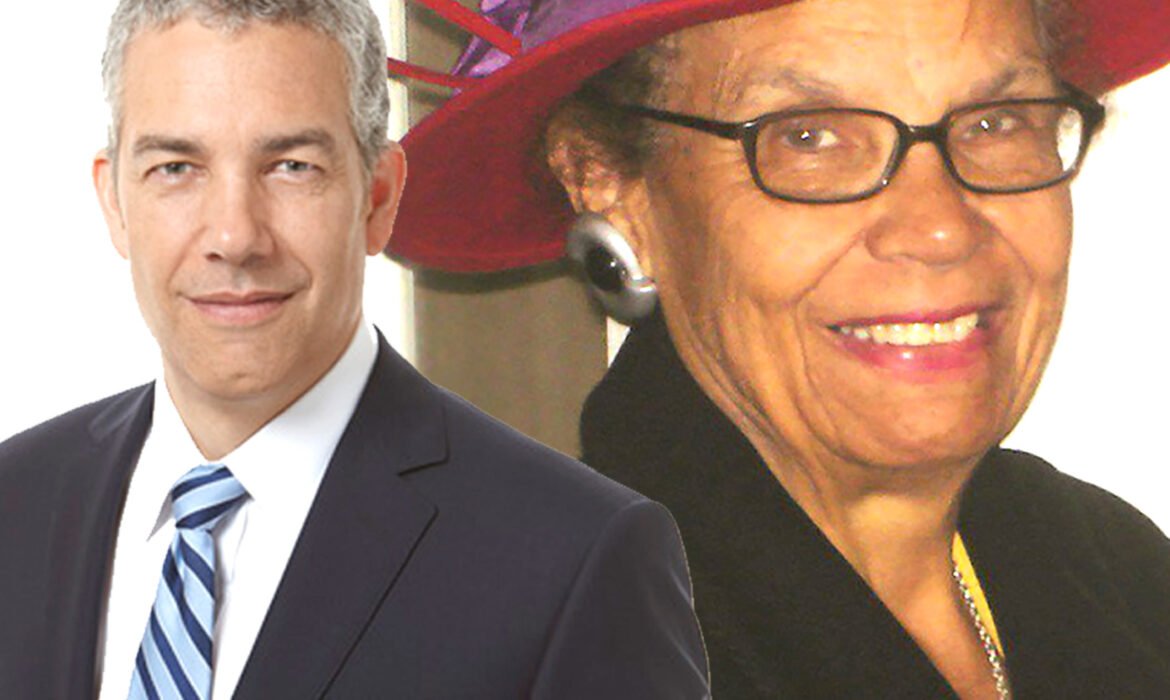 Take a stand for what is right

As much as Frank Baylis wanted to walk away from active politics and return calmly to the business world navigating the medical products industry as head of the billion-dollar family business, Baylis Medical, he just couldn’t do it while witnessing people’s rights being eroded.
And that’s what he sees happening here in Quebec following the passage of Bill 21, the so-called religious symbols law and the introduction of Bill 96, which overhauls and strengthens the French Charter.
The former Liberal MP for Pierrefonds-Dollard says he’s troubled by what these policies ultimately represent for equality and fairness and the direction which the CAQ government intend to take the province.
“I see this law as institutional intolerance, because what it says it that we will not hire a certain type of people in Quebec and that goes against everything I stand for and most importantly, what my mother stood up and fought against more than 50 years ago,” he told the CONTACT in a wide-ranging telephone interview recently.
He says his dedication to secure the rights of all Quebecers, including those who have fought gallantly to put in place the French charter is fueled by the spirit of his mom Gloria Baylis, who took on and won Canada’s first court challenge to employment discrimination based on race in a 12-year battle against the Queen Elizabeth Hotel ( part of the Hilton chain) in the 1960s.
Frank was still a child in 1964, when Mrs. Baylis, a young woman born in Barbados and trained in England before moving to Montreal, applied for a job as a nurse at the hotel but was rejected for what she determined to be, only because she was Black.
She decided to take the matter to court based on a piece of legislation passed that same year: the Quebec Act Respecting Discrimination in Employment, which is said to be the first of its kind in Canada to define discrimination with reference to race.
It turned out to be a 12-year battle.
In the end, Mrs. Baylis prevailed and the hotel chain was fined the laughable sum of $25 plus cost but she made her point.
Her’s became a ground-breaking case for employment discrimination complaints in Canada and an important landmark for the country’s emerging Black community.
Today, so much of who Frank Baylis is, come from he what has learnt from his mom and the inspiration she left.
“It’s really is about standing up for what is right and by doing so, help to build a society that is free and fair to all its citizens and most importantly does not put one group against the other,” he says.
And it’s why he is suspicious of the CAQ government and their efforts to erode the rights of a significant number of groups in the province with Bill 21 and Bill 96.

“I’m convinced that the average Quebecer wants to live in a free, open and welcoming society.
They have always been proud of the French Charter that have guided them politically and socially over the past couple decades and there’s no reason for a government to look for solutions where there’re no problems.”

He’s proud that he’s not standing idly by.
Baylis was a staunch supporter and backer of the “Non A Loi 21” button campaign launched in September 2019 to protest the law and aims to continue advocating against policies and legislations that threaten to marginalize vulnerable groups.
He also has a business to run.
In 1989, a couple years after leaving the University of Waterloo with a degree in electrical engineering, he joined Baylis Medical to help his mother build the business into a global force in the manufacturing and development of medical devices.
By 2015, the business was secure and solid enough to allow him to venture into politics.
He served as Liberal MP for Pierrefonds-Dollard for four years before returning to Baylis Medical full time.
A few weeks ago he made national and international news following the sale of the cardiology section of Baylis Medical to Boston Scientific for an impressive $1.7 billion US.

“No,” he replies to the reporter question, “I’m not unemployed and idle now.”

Frank says that Baylis Medical Technologies which develops and produces medical devices for radiology and neurosurgery was not part of the deal and will continue to keep him busy for the foreseeable future.

“As a matter of fact although a lot has been made of this recent sale, it’s actually the fifth business that I’ve sold over the past several years.”

Together with his business acumen, his social-justice activism keeps him in the spotlight and many continue to try get him to consider a return to politics… the calls come in almost daily.

“I’m not saying never but at the moment I think things are going just fine on the political front and the Liberals are holding steady under good leadership, so I don’t think that I’m to get back in there right now.”

In the meantime Baylis continues to do another of favorite things, volunteering. He currently serves on the board at the West Island Black Community Association and a couple other groups in the west island.

“I’m enjoying doing that but I’m also very concerned that Quebec and Canada will continue to protect the rights of all its citizens. It’s one way that I can stay true to the legacy of my mother.”