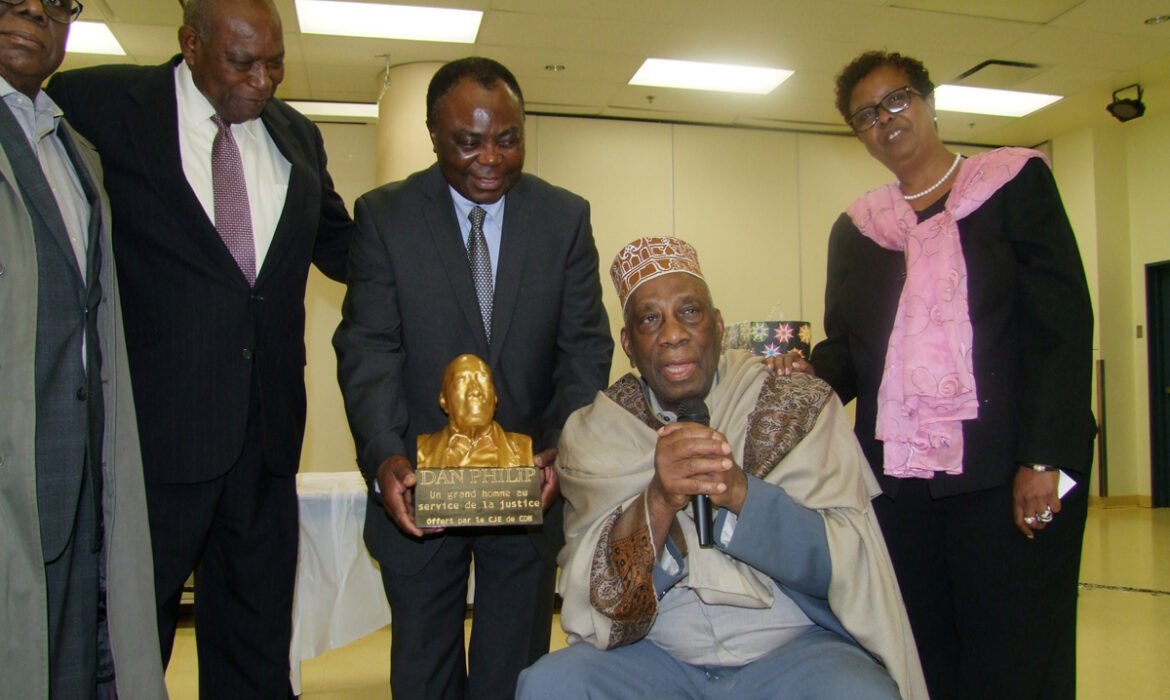 Four long-serving members of our community, Elizabeth Dembil, Laurette Midy, Pat Dillon-Moore and Iantha Phillip were honored with the Mathieu Da Costa Award at a ceremony hosted by The Black Coalition of Quebec on October 17.
The event took place at the Cote-des-Neiges Resource Centre and drew a wide cross- section of community representatives and politicians, including Immigration, Diversity and Inclusion minister Kathleen Weil and Maka Koto, Parti Quebecois’ member of the National Assembly.
The four awardees are long-standing stalwarts who have distinguished themselves by their contributions to the social and cultural advancement of our community and, by extension, Montreal.
Dembil is a past chairperson of the Round Table for Black History Month and has

been a strong advocate on behalf of youth, refugees, women and visible minorities. She currently serves as executive director of Carrefour de Liaison et d’Aide Multiethnique, an organization that assists in the integration of new immigrants.
Haitian-born Midy is a former elementary school teacher who has worked extensively with young women in the Caribbean, Paris and Montreal. She has been organizing beauty pageants since the 1990s, first in Paris and now in this city where she founded the Miss Black Beauty International.
She is also a well-established entrepreneur. Her company Myd Medic provides services to the aged.
Dillon-Moore is recognized as a cultural icon in Montreal. Her regular on-stage presence as an actor, comedian and spoken-word artist complements her accomplishments on film and television.
She maintained a long and respectable presence in community radio as both an administrator and broadcaster.
Phillip moved to Montreal from St. Kitts and established herself as a force in our community from as far back as the mid-1970s when she served first as a volunteer and then on the board of directors of the Negro Community Centre.
Her community work also included her contributions at St. James United Church and at Union United Church where over the past two decades she has been serving on various committees.
Another highlight of the evening was the presentation of a life-like bust to Dan Philip, a lifelong human rights warrior who for the past 46 years has kept the BCQ on the frontlines of social justice struggle for Quebec’s Black and Caribbean community.
The statue was donated by Carrefour Jeunesse d’Emploi Cote des Neiges.
The BCQ has been honoring Montrealers with the Mathieu Da Costa Award for more than two decades in recognition of the man who has been determined to be one of the first persons of African descent in Canada.
Da Costa who was said to have been fluent in many of the languages of the Aboriginals in North America assisted French explorer Samuel de Champlain setting up colonies in Canada and the Americas, and serving as an interpreter.