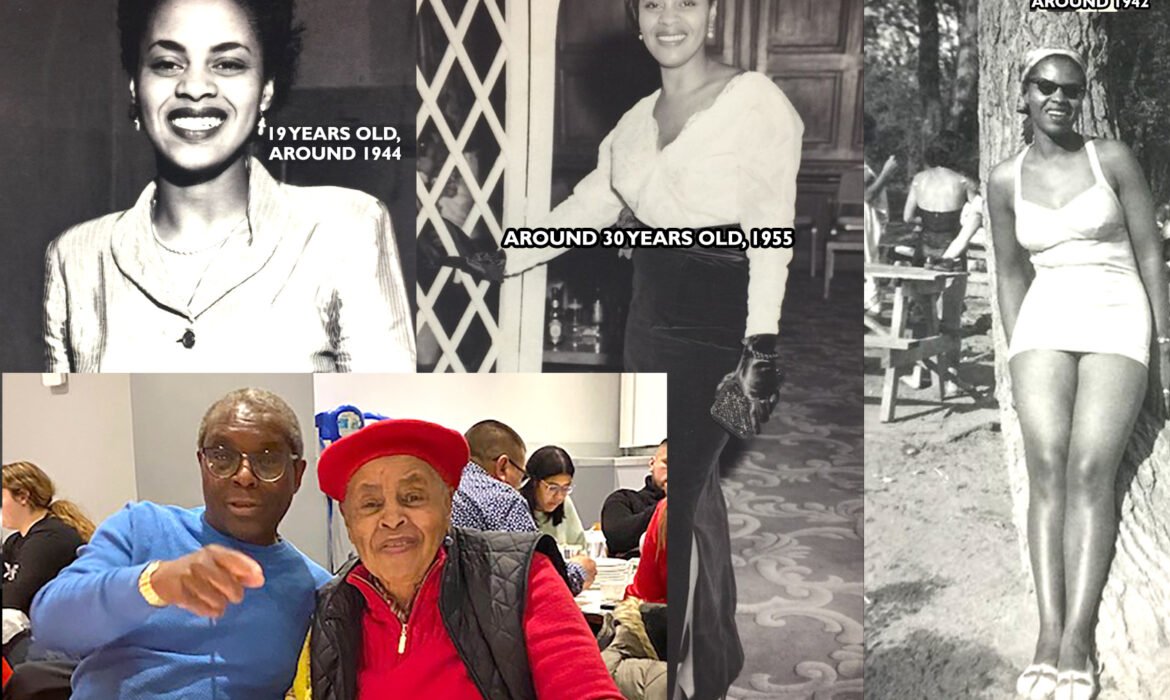 It’s easy to describe Florence Phillips-Westmoreland as a people’s person, after all her readily discernable effervescence combined with her gift of gab make it pleasurable for anyone to engage with her.
More than that, at 97 years old, Florence has seen a lot, growing up in a large family in Plateau Montreal and as an avid traveller, which when combined with a laser-sharp memory allows this great conversationalist to recall events of yesteryear as if they were yesterday.
And having grown up surrounded by Jewish neighbours, she is fluent in Yiddish.
Speaking to The CONTACT on February 23, her birthday, Florence who is mother to three children, Juanita Westmoreland, Quebec’s first Black judge, Erwin and Gail, was in full flight, mostly because the conversation was about family, community and side- stepping adversity.
Growing up in the middle of five brothers and two sisters during what can be considered the war years in Montreal, she has had to learn a lot quickly . And she did.

“I was fourteen years old when I had the responsibility of cooking for my brothers and sisters, so I learned how to cook early in life,” she remembers. “But more than that I had to help to provide for myself and that’s where the skills I learned from my mother in dressmaking, crocheting and knitting came in handy.”

As she recalls, Florence says whatever adversity they faced, the family, whose home for 40 years was at 4282 Laval Street in the heart of the Plateau, stuck together and grew to be contributing members of society.
With four brothers, Charles , Kenneth, Robert and Erwin in the service during the war, the Phillips was a well-regarded family in the community.
They suffered the ultimate when Erwin, a flight officer died when his plane crashed into the mountains of Germany on his final flight to deliver a supply of penicillin to Poland.
The other brothers all established themselves in various capacities: Robert is remembered as one of the fastest tele-typers in the service and as such was one of the first Canadians to receive news that the war had ended.
Charles went on to serve as a business agent for Canadair.
Clinton the youngest, ran the famed St. Michel Club and brought many great American acts to perform in Montreal, including James Brown.
Florence recalls growing up at a time when nothing came easy for Black families, but nothing stopped them from trying their darndest to get everything.
Our mother told us, “ it’s all out there for you and you can get it if you really want to. So that has always been the words I try to live by.”
Florence’s early life was filled with piano lessons with Daisy Sweeney, French classes in Cote des Neiges, church at Union United and a plethora of activities at the Negro Community Centre.
She also did her fair share of ice-skating, skiing and with two stables in her neighbourhood, lots of horse-back riding.
And when it was time to find a job, she and her sisters chose not to settle for the easy path of cleaning houses for wealthy families, instead they took their skills as dress-makers to the factories that dotted the district around St. Laurent Boulevard and made breakthroughs that opened doors for other Black women.
Along the way, she earned a reputation of being a fashionista, as she made a concerted effort to spend her money wisely, travelling to New York regularly to purchase material that she turned into the latest styles to outfit herself.
Looking back she remembers how important it was for her and other Blacks to ignore the daily sting of racism.

“It was constant in the neighbourhood, on the streets and in the buses,” she says. “Everything was fine when we were with our Jewish neighbours but not with some of the other white folks. We grew accustomed to seeing their toothless gums as they called us names and insulted us.”

Florence’s middle and later years were filled with travelling first across Europe courtesy a pass from her brother Clinton.
Then she started travelling to the Caribbean, Barbados especially, following her marriage to her first husband Harold, a Bajan.
Fast forward close to nine decades, Florence marvels at the changes that she has seen in her city.

“I remember when the community was centered around Little Burgundy and how special it was for some families when they moved to places like Cote des Neiges… if only they could see Montreal today.”