In 1961 when I decided to go abroad to study, Canada was the overwhelming choice over Britain and the United States. Britain was associated with colonialism while racism against Black people in the US was gaining publicity through protestations.
Canada had no such labels, was peaceful and the universities were very good.  Also it was possible to work in the summer, and then go to school in the winter. That worked out very well for me with additional help from bursaries and a scholarship.
I also made the choice to become a Canadian citizen.
So Canada has been good to me and in return I have been good to Canada and very defensive of it.  But gradually I’ve become disenchanted with how this country has mistreated its First Nation People and its immigrants.

The massacre of the Muslims in Quebec City, and the mowing down of a Muslim family while they casually walked in Ontario, received worldwide coverage.
One does not have to go into what you cannot see as there is enough evidence to tell everyone that things are not right with certain groups of people.
Also that the correction of what is wrong cannot be totally the responsibility of the group, when outside and powerful circumstances stand by without sufficient intervention.

In Kamloops near the site of a residential school, 215 were found.
I have never heard anything positive about residential schools, so they must have been living-hell for First Nation children who were forced there to be brainwashed into becoming Catholics, while being deprived of their parents’ love and care.
Another 751 unmarked graves were found near another residential school.
And the search continues for more unmarked graves with the expectation that as many as 30,000 might be out there.
Children, I suspect who were unceremoniously interred without informing the parents.
This can be seen as genocide, an attempt to wipe out generations of First Nation peoples.
When you kill so many children from a particular group, you are destroying future generations and the survival of the group.
Today, poverty of the First Nation people has reached unbelievable proportion, no livelihood, no clean water, little education hence a dark future.
Over the years, Canada has not been able to change the landscape.  So it’s time for Canada to change its approach.

After the abolition of apartheid, South Africa was ready for peaceful change. It was then that I met some young Black South Africans who told a group of us that the country’s problems will be solved by South Africans, Blacks and whites.
Maybe Canada should take a page from South Africa’s book and begin to work together with First Nation to find workable solutions.
Also where are the outburst and outrage over the untimely death of so many indigenous children?
Did I miss something?
If that is a measurement of the response to this tragedy, Canada is in bad shape. Canada must clean its slate and begin to write again.
Its outlook on First Nation cannot be seen and treated from the eyes of Canadians alone.
Maybe it’s time that First Nation are given a chance to lead while Canadians listen.
Some say, why as an immigrant you do not mind your business and leave Canadians alone?
Truth is, they’re the First Nation people, and the rest of us are all immigrants, some came early, others later.
But the real people-issue is simple, one does not select when it comes to fighting injustice. One fights injustice wherever it exists.
It is time for all Canadians to shout louder, to march longer and to protest, protest and protest the injustice to First Nation people.

Those of us, who had good reasons to have selected Canada as our homeland, want to continue to vigorously defend the country but the treatment of our First Nation People is stealing our thunder.
The appointment of someone from the Indigenous  Community to the high office of Governor General is a bold step in the right direction, but there is much more to be done. Let us continue with high energy to right the wrongs of yesteryears.
Be assured that the bottom line is and will always be that: “FIRST NATION  LIVES  MATTER… NOW!!!” 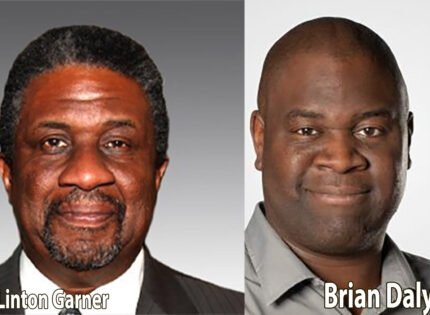