Advertise with Us
Home Entertainment “The Biz Never Sleeps” 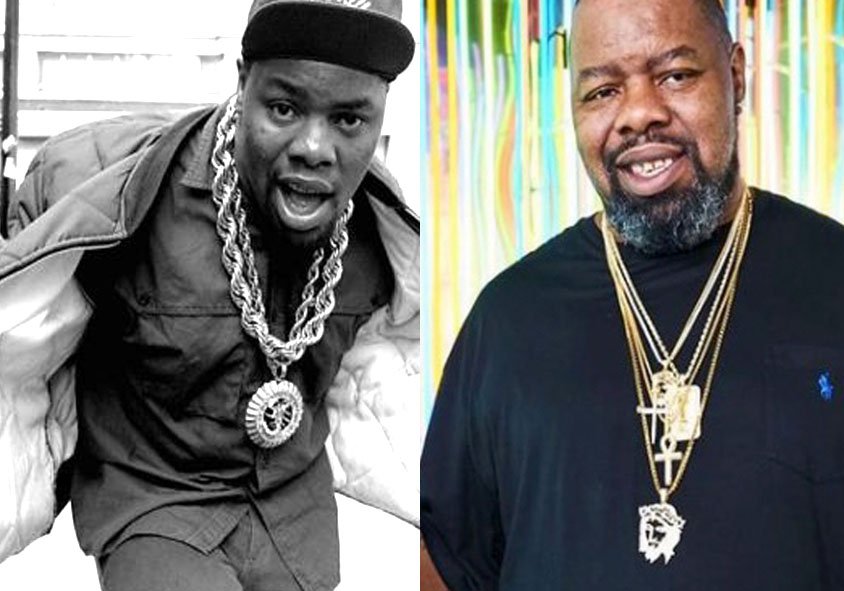 Hip-Hop has lost yet another musical and cultural icon. Rapper, beat-boxer, archivist, producer and songwriter, Biz Markie passed away on July 16th at a Baltimore hospital. His wife Tara Hall was by his side and held his hand as the rap legend took his last breath. He was 57.
The rapper had been battling a decade long bout with his health after being diagnosed with Type 2 diabetes. In April of 2020, he was admitted to the hospital due to complications from diabetes. There were reports that he had suffered a stroke and that he had been in a diabetic coma. Sources close to rapper said these reports were false.
Born Marcel Theo Hall in 1964 in Harlem, New York, his nickname in his neighbourhood was Markie. His fascination with early hip-hop pioneer Chief Rocker Busy Bee led to him taking the stage name Biz Markie.

In the early 80’s he began deejaying in New York City nightclubs. In 1986,Hall released the single “The Def Fresh Crew” on Pop Art Records as a duet with another future rap legend Roxanne Shante. The song was produced by Marley Marl, a seminal record maker, who would play a pivotal role in Hall’s career.
Hall had come to a point where he felt musically he had something to where felt musically he had something to offer the world of hip-hop and would go to Marley’s home every day and sit down on his front doorstep until the seminal producer agreed to work with him and produced his very first demo recordings.

That same year, Hall released the rap-classic single “Make The Music With Your Mouth Biz”. “Make The Music With Your Mouth Biz” was produced by Marley Marl and was from the 1986 e.p. of the same name on Prism Records. “Make The Music With Your Mouth Biz” showcased Hall’s beat-boxing skills, one of many musical skills he would become noted for.
Eventually, Hall would sign with Cold Chillin’ Records which had been a subsidiary of Prism, when the labels would merge as one and become a platform mostly for the artists Marley Marl was producing.
A superstar collective for those artists was formed called “The Juice Crew”, which Hall was a part of alongside; Shante, Kool G. Rap, Masta Ace, MC Shan, Craig G and future legendary m.c. Big Daddy Kane, whose career Hall was responsible for after he employed the former as his ghost-writer before introducing him to Marley Marl. The Juice Crew released one of the most legendary posse tracks in 1988 called “The Symphony”.

Biz would release his debut album “Goin’ Off” in 1988, which is considered a hip-hop classic. Half of the lyrics on the album were written by Big Daddy Kane with Marley producing the music. The album contained rap and club classics like; “Biz Is Goin’ Off”, “This Is Something For The Radio”, “Pickin’ Boogers” and “Vapors”. “Vapors” with its unforgettable James Brown sample of his hit “Papa Don’t Take No Mess”, became a bona-fide classic and was later covered by Snoop Dogg on his 1996 album “Tha Doggfather”.
“Goin’ Off” also contained a remix of Biz’s 1st hit “Make The Music With Your Mouth Biz”.
“Goin’Off” would establish Biz’s hilarious persona that was comedic and goofy but always lovable and enlightening. This would earn him the title “The Clown Prince Of Rap”. Children loved his image and he often featured them in his music videos.
His sophomore album “The Biz Never Sleeps” would contain Biz’s biggest hit “Just A Friend” in 1989. “Just A Friend” would feature Biz rapping and singing off-key in an adorable fashion, interpolating Freddie Scott’s 1968 song(You)”Got What I Need”. “Just A Friend” would sell over a million copies.
However his third mired in controversy as had never been seen before in hip-hop history. “I Need A Haircut”, released in 1991, would change the mechanics of the recording industry and the way sampling previously recorded material was compensated.
“I Need A Haircut” contained the song “Alone Again”, which contained an unauthorized sample of Gilbert O’Sullivan’s 1972 hit “Alone Again”(Naturally).
O’Sullivan would file a copyright infringement lawsuit, against Warner Bros. Records, the parent company of Cold Chillin’ in 1992.
Grand Upright Music, LTD Vs. Warner Bros Records Inc. Saw Judge Kevin Thomas Duffy of The United States District Court for The Southern Of New York grant Grand Upright Music an injunction against Hall, citing that any future use of song samples without 100% clearance from the owners was a clear violation of U.S. copyright laws.
Copies of the album were immediately removed from the shelves of record stores. Warner Bros. and Hall paid O’Sullivan an undisclosed substantial settlement. Future pressings of “I Need a Haircut” would no longer contain the song in question.
Biz’s following album in 1993 would be jokingly called “All Samples Cleared”. In keeping with Biz’s good-natured sense Smalls. The Rolling Stones sampled his 1986 track “A One Two” on their 1997 hit “Anybody Seen My Baby?”.
Biz acted as well, appearing in films like: “Men In Black II”, “Sharknado 2” – The Second One as well as an upcoming film called “Chaaw”.
Biz did lots of television as well appearing on; “Empire”, “Wild N’ Out”, Hollywood Squares” as well as voicing on “SpongeBob SquarePants”.

Last year, he began hosting a radio show on LL Cool J.’s SiriusXM channel Rock The Bells.
Biz Markie also had one of the world’s biggest collection of party flyers that dated back to hip-hop’s earliest origins in the 1970’s.
Biz Markie will be remembered as an innovator and one of the biggest champions of hip-hop culture.