Advertise with Us
Home Entertainment D’Duchess here on Easter Weekend 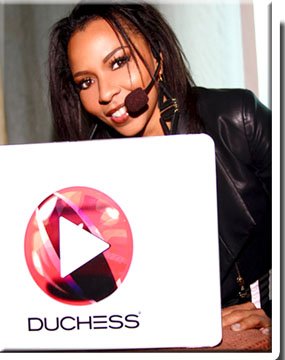 Ranked among nobility in Dejaying

Meet Alicia Awai, in T&T and around the world, her fans call her D Duchess.
You can call her that also. Not because of any royal attachment but because she is among the ranks of nobility in the rough and tumble, competitive world of deejaying.
She got to that position by sheer determination and a passion for music, which drew the 30-something year old into the business as a wet-behind-the-ear 11 years old.
But it didn’t take long for the girl from Diamond Vale a little bedroom community on the northwestern tip of Port of Spain, to make her mark.
Using her unique crowd-pleasing style, Alicia started to make her mark as far back as 1987 by winning the big awards such as the Fresh Fest Mix Master Champion.
She eventually took her engaging style to the airwave first as a fill-in overnighter at Power 102FM then at 98.9FM where she spent several years as a top rated Dj’s/Music Programmers. She is now at Hott 93.5FMwhere she spins  her magic every Saturday. Her popularity has made her a featured attraction at events across North America, Europe and the Caribbean where she has thrilled audiences and party goers in St. Vincent, Barbados, Jamaica, St. Lucia and on the international front, her big gigs include all events organized by Poison UK in London, Girl Power in New York, Dr. Dre, Madhouse Entertainment Feat. Monie Love in Miami, ValeVibe Trinidad & Miami, Dr.Jay /KOS Entertainment’s Sheppard Station in Toronto, Zanzibar on the Waterfront in Washington and Battle of the Sexes in Boston just to name a few, She has been to Montreal no less than four times.