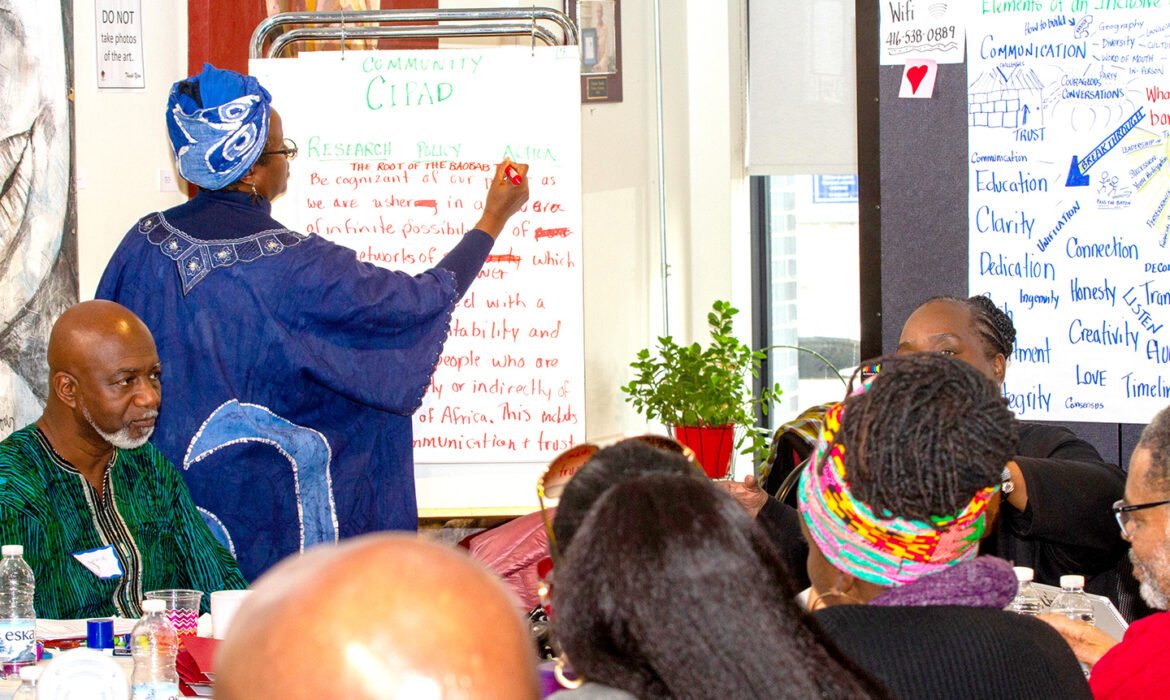 The Canadian Institute for People of African Descent (CIPAD) positions itself as the first-ever institute dedicated to conducting research on the state of Blackness in Canada out of which it hopes to produce effective and culturally appropriate policies that will help to remove the disparities and inequities faced by Canadian people of African descent.
The initiative was inspired, in part, by the UN declaration of the Decade for People of African Descent 2015 -2024.
Speaking to the CONTACT Quammie Williams, the project manager for CIPAD, said the project was intended to “fill in the blanks”
“There isn’t enough being taught about Black History across Canada early contributions of African-Canadians to Canada and we saw the need to fill this gap,” he explains.

“We carried out focus groups across Canada and due to the pandemic, they happened virtually via zoom where we invited people of African descent to come and participate and give their opinions’, ask questions, and get answers.”

Data collection and analysis is a crucial component of CIPAD’s work because it provides concrete details that highlight the lived experiences of Black Canadians. CIPAD says the information gathered will inform its policies because collecting and analyzing data is also important for exposing discrimination and disparities. Advocates have long called for the government to collect disaggregated-race-based data to better understand how issues affect different populations, often to no avail. Williams insists that race-based data is crucial when investigating discrimination in education, employment, and the justice system. The data is imperative as it provides facts that cannot be disputed when agitating for change in policy or methods.
The organization pays homage to African customs and traditions and has structured itself along the lines of traditional African organizational systems.
It is governed by its elder’s council known as the Ushauri, (Swahili for counsel). The council uses a team of experts to develop an institute to provide strategies for improving the social determinants of health factors for African Canadians.
Ushauri is representational and made up of people who will consistently and continuously uphold the values, principles and pillars of our African Identity and Africentric values.
It will include representation from the six geographical regions across the country from western Canada to the Atlantic and Northern provinces and pledges to strive to ensure that the perspectives and priorities of each region are represented.

The report came up with some of the following findings:

• That the contributions of Canada’s People of African Descent stand forgotten, ignored, and understated in the conscience of most Canadians. This erasure reinforces a false narrative that African Canadians are perpetually new arrivals to Canada.
• African Canadians make up 3 percent of Canada’s population and 18 percent of Canadians living in poverty.
• African Canadians while only 3 percent of the federal population are 9.3 percent of the Canadian prison population.
• African Canadians are overrepresented in homeless populations across the country
• For many African Canadian children and youth schools can be places of degradation, harm and psychological violence.
• Higher levels of education do not guarantee African-Canadians upward mobility due to the persistence of systemic racism across all levels of society.
• The total economic impact of anti-Black racism from wage discrimination and occupation segregation is a loss of over $1.5 billion per year for people of African Descent in Canada.
• Racial inequalities in the labor market are contributing to racialized income inequalities in later life, with reduced access to old age security, government, and occupational pensions for many African Canadians.

CIPAD has received backing from various parliamentarian bodies including the Canadian Black Caucus and in Montreal they have worked closely with Dr. Clarence Bayne in compiling historical data of the Black community in Montreal.

More information can be found on: https://cipad.ca