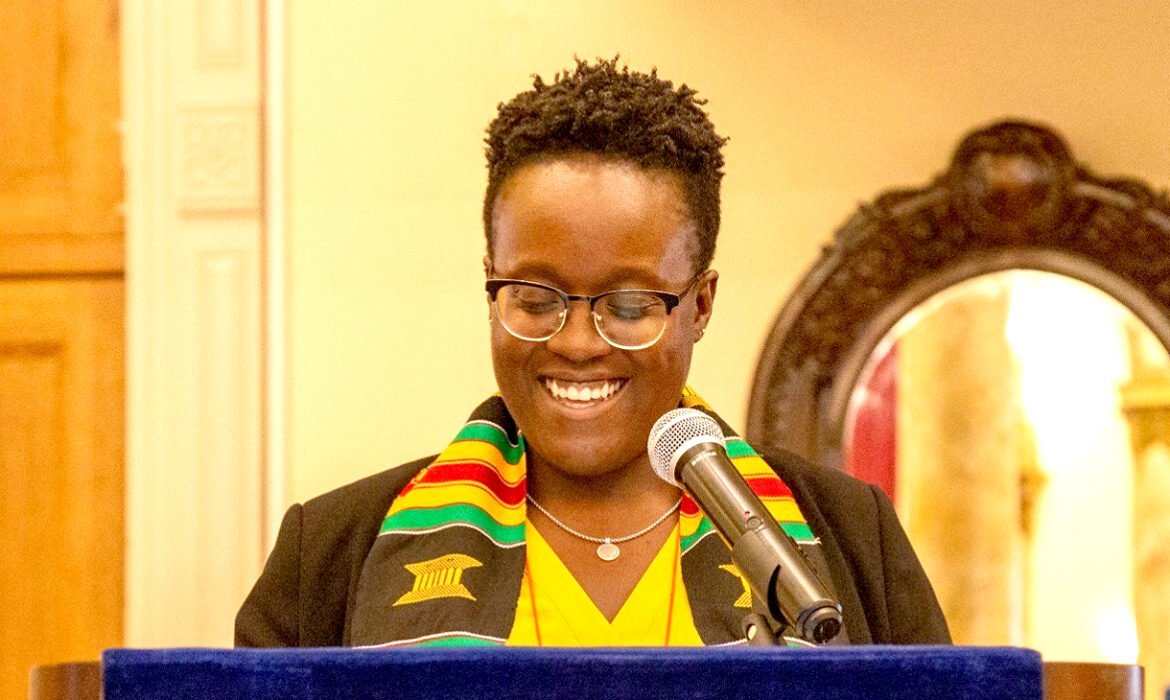 After completing four years in the faculty of Law at McGill University in 2019, Brittany Williams is back in a key administrative position in the department, a place she says she has grown to love.
The young Montrealer was recently appointed Acting Assistant Dean (Admissions and Recruitment) on a one-year mandate, becoming the first Black woman to hold the position that oversees the admissions process and student recruitment activities for the department’s double-degree program, as well as manage the Admissions office.
In her new position, Williams will work closely with the Dean and the Faculty’s Equity Committee in advancing priorities relating to equity and inclusion, including the recruitment of Black and Indigenous candidates, two groups that are significantly under-represented among the student population and faculty.
Williams a standout International Baccalaureate student at Beurling Academy in LaSalle, was among the first group from the department’s LEX high-school outreach program to be admitted to McGill Law School.
She is well aware of the relevance of her sitting in that chair, and being in a position to impact the inequities in numbers that has marred the department over the years.
“I recognize how important it is to have somebody who is from an under-represented group in the cohort as the one making decisions (on recruitment and admission), so I definitely don’t take that lightly,” she said in a recent telephone interview. “Also I know how important it was for other Black women and men to see me or someone like me in this role. (It) feels really great but it also feels a little daunting.”
In addition, Williams brings a passion for the discipline to the department, one that she harboured since her days at John Abbott College.
“From the time I was in CEGEP I knew that I wanted to go to law school. During my four years in Law school I was involved in a lot of activities because I wanted to extract all there is from the law school experience,” says the high-achiever who earned a B.A in Human Relations from Concordia University before entering McGill.
During her time as a student there, she served as executive director of the Legal Information Clinic, served on the executive of the Law Students’ Association, and was and the Women of Colour Collective.
And along the way, she also worked as programs and strategy manager at the Girls Action Foundation, a Canada wide network offering programs and support to empower young women.
Williams, who took up the position on December 7, says she looking forward to contributing as much as she can to the department.
“I recognize that I have this finite amount of time to do things but I’m hoping to make the most of it.”