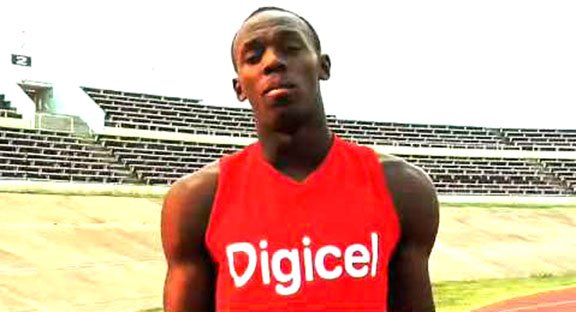 Still steaming from burning up the tracks at the 2016 Olympic Games in Rio, Usain Bolt cemented what he describes as one of his most meaningful endorsements in his books, when he agreed to a lifetime partnership with telecommunication giant, Digicel Caribbean Ltd.
The announcement came on Thursday, August 25, in Castries, St. Lucia, with the 15-year-old company announcing that it had signed the world’s fastest human being as its Chief Speed Officer (CSO), a position that offers Bolt an opportunity to interact with Digicel customers “up close and personal” at different levels, including commercial and community.
In its release, the company says Bolt will bring “his unique understanding of speed to customers via Digicel products, networks and marketing, and partnership initiatives – and to aspiring youth athletes via speed camps, motivational and mentorship sessions.”
And it promises to support Bolt “in his passion for giving back by bringing technology solutions to young people that will help them develop and grow.”
Digicel’s director of marketing was also quoted, saying: “as our Chief Speed Officer, we expect Usain to challenge us constantly to deliver awesome experiences to our customers be it from a product, service or community perspective.”
The 30 year-old Jamaican sprinter etched an indelible mark in the record books of athletics when he achieved the ‘Triple Triple’ by capturing three gold medals in the 100m, 200m and 4x100m, at three consecutive Olympic Games – 2008 in Beijing, 2012 in London, and at the 2016 Olympic Games in Rio.
For his part, Bolt reflects on his long-lasting relationship with the company that has been his sponsor since he was 17 years-old, saying: “I’m very humbled (but) I am opening a new chapter and will be making it my mission to ensure that speed stays at the top of the agenda.”