As onward they go how much about the movement do protesters really know?

As protesters took to the streets all over the country to protest police brutality following the killings of Black, Indigenous or visible minority individuals the phrase “Black Lives Matter” became synonymous or interchangeable with the movement.
Irrespective of where you may be situated on the speculative scale, a significant percentage of the protesters have done so in a peaceful manner, but it was the violent ones who continued to get most of the attention.
Nonetheless the focal point of this column is not on that, but to some extent on something that got very little attention, and that is the main Black Lives Matter organization which was started in the U. S.A by Alicia Garza, Opal Tometi, and Patrisse Cullors.

Are any or how many of the protesters are aware that there is a Black Lives Matter organization and it is named Black Lives Matter Global Network Foundation. Now, one might be of the opinion that the organization is synonymous with the movement, but sadly this is not so, therefore clarity is essential in isolating the “movement” from the “organization”.
On its website #Black Lives Matter Canada makes the following —
“Black Lives Matter Canada is the Canadian chapter of # Black Lives Matter— an international organization and movement fighting police and state violence and anti-Black racism”. https://blacklivesmatter.ca/.
Black Lives Matter Global Network Foundation founded in 2015 and located in California is a global organization in the U.S, UK, and Canada, whose mission is to eradicate white supremacy and build local power to intervene in violence inflicted on Black communities by state and vigilantes. https://blacklivesmatter.com/black-lives-matter-global-network-foundation-
“The Foundation,” has reportedly raised nearly $4 million from individuals and various corporations such as Apple, Nabisco, Gatorade, Microsoft and Google, all of whom were totally unaware that the foundation has nothing to do with the Black Lives Matter (BLM) movement.https://www.buzzfeednews.com/article/ryanmac/black-lives-matter-foundation-unrelated-blm-donations
In July 2020, New York Attorney General Letitia James ordered the Black Lives Matter Foundation — which she said is not affiliated with the larger Black Lives Matter movement — to stop collecting donations intended for the #BlackLivesMatter movement https://www.cnn.com/2020/07/06/politics/new-york-attorney-general-blm/index.html
It would be interesting to ascertain how many of the marchers/ protesters/ looters are aware of the existence of two different organizations, holding different tenets with the sole constant being the term “Black”. The foundation is completely separate from the organization, and twain seemingly will not meet.
While there is a lull in the protesting, and police brutality has abated at least for the moment, the situation at hand should be examined with a view to change. Together the movement and the foundation should make a concerted effort to really make Black Lives Matter in a transparently significant way. All doubts should be put out.
Demanding policing reform and accountability is not just a one- sided affair; changes must be made to avert Black Lives Matter movement being seen as a trend on the rise, benefiting from the Black demise.
Failure to do so may a mixed message send, eventually bringing the trend to an end.
Followers need to know.

BlacklivesMatter was founded in 2013 in response to the acquittal of George Zimmerman the murderer of Trayvon Martin. According to USA Today, Cullors created the #BlackLivesMatter hashtag after Garza first used the phrase in a Facebook post. https://www.usatoday.com/story/tech/2015/03/04/alicia-garza-black-lives-matter/24341593/ 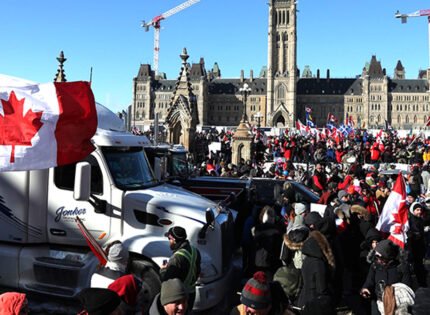