As she takes her place in the health care system… 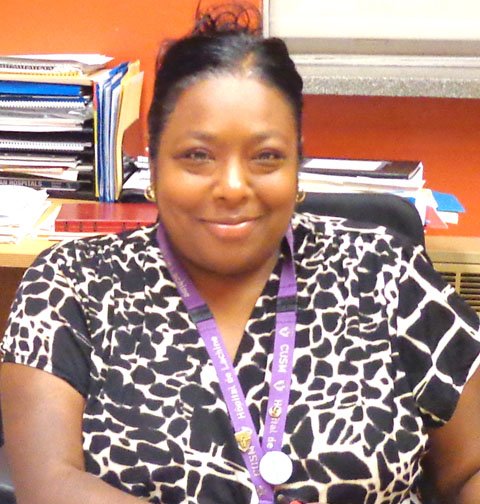 It’s easy to see why Shari Beharry moved so fluidly through the ranks at the McGill University Health Centre (MUHC), her passion for her job and her dynamism are quite obvious even in a brief telephone conversation.
As supervisor of Admitting and Registration Services for the Montreal General Hospital and the Lachine Hospital, the 40-something-year-old is one of the youngest managers at the MUHC, doing her part to manage a staff of 32 and ensure an easy transition for new patients while the Centre navigates through a period of dramatic changes.
“The changes that we’re going through are unlike anything I’ve seen during my time at the Hospital,” she says. “And they’re taking place at a time when we’re faced with  (dwindling) resources and when workers’ morale is low.”
However, as challenging as the health care system is these days, Beharry says she is driven by the enthusiasm and expertise of her team of co-workers, whom she says are uncompromising in their commitment to get “the job done right.”
Twenty-three years ago, not long after she completed her studies at Vanier College, Beharry embarked on her professional journey in the health care system when she joined the staff at the Royal Victoria Hospital.
“I started as an admitting clerk and grew to love the environment at the hospital,” she says.
So in spite of fleeting interest in other career options, she decided to stay and gave it her best. She says she also brought an unrelenting drive to succeed and was eventually rewarded by moving up the ranks in her department, attaining a number of senior postings including senior clerk and group leader, specializing in medical records, admitting and statistics.
Her work-attitude also led to her being chosen to participate in a MUHC advancement project that took her to McGill University for a three-year certificate program in health and social service management.
Upon completion, Beharry applied for, and was named to, the position of interim supervisor, Admitting and Medical Records at Lachine Hospital and eventually to her current managerial posting that allows her to oversee the important tasks of registration, the issuing of hospital cards and admitting patients to bed at two of the vanguard English hospitals in Quebec.
Yes, she says sometimes her job is made frustrating by current circumstances in the entire health care system, but she fully appreciates the importance of her role, so it’s not difficult for her to stay focused.
Beharry says with all the changes taking place, she also appreciates how challenging it has become for ordinary people trying to navigate the system.
“It’s has almost become that you have to know someone working in the hospitals to help you figure out things,” she says. “But it’s really up to everyone to familiarize themselves by using the Internet and other sources of information to understand how to access services and make the best use of those services.”
Beharry, who grew up in what she describes as a “Trinidad household”  (her dad Ronald ‘Lampy’ is a community favorite as a member of the famed Lodge Brothers group and her mom is Cynthia, both from Trinidad and Tobago), has been blessed with a well-rounded appreciation of the duality of work and play.
Outside of her official duties, she has become an integral part of the MUHC’s
Outreach and volunteer activities such as Dancing with The Docs, Share The Warmth or MUHC Men’s Health Day.
And although she loves her job and her co-workers, she frees up herself once in a while by travelling. So far she has been across North America, Europe and a few a Caribbean countries.
Looking down the road, she says things will improve as hospitals work on centralizing services to make them easier to access. And she plans to continue to contribute her efforts in making the health system work for all Montrealers.