Advertise with Us
Home Opinions Animals for babies a troubling trend

Animals for babies a troubling trend 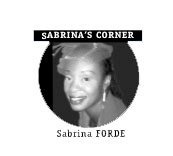 n happening, and although it’s low on the radar it has become a new trend.
Couples and individuals, despite how professionally or economically privileged they may be, have been choosing to have a son or daughter, not via creating their own, but by visiting an adoption or government youth protection agency–such as Bathshaw Youth Protection—to invest their time, money and love into a child, baby or young adult.
Now the trend has become one of buying a puppy, dog, kitten or animal to pour the God-given urge to birth a child into instead.
Look around your own community at the dog spas, animal massage parlors and the rise of professionals who specialize in lavishing pets with the same love, care and affection meant for [human] babies and children.
According to the Bible, humanity was instrumental in naming all animals and wildlife, and was also given the responsibility of ensuring their protection. That’s very good; but to substitute God’s commandment, “Be fruitful and multiply” with plugging an animal into the slot of having a human child is misdirected.
Look around… animal spas and trendy brand-named animals’ clothing and costly foods and medication are becoming the newest alternative to having children for some.
Humanity, according to the Bible, named all the animals and wildlife and has been chosen to cherish and protect them; that is good. But to trade in creating your own natural seed with another human being to purchasing an animal and behaving as if it is your own natural child is troubling…